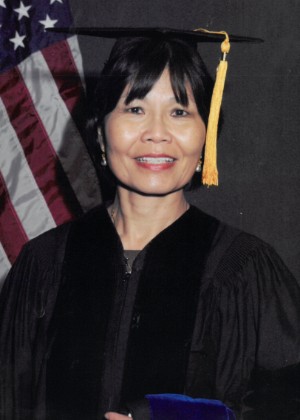 Rydin, who received a Master of Occupational Therapy from TWU in 1978 and her PhD in 2007, died from cancer in July 2020. Rydin’s husband, Mike Rydin, who is president of Heavy Construction Systems Specialists, donated $2 million to TWU in her honor. The funds will go toward scholarships and faculty and program support, according to the release.

“Throughout her life, Sophie never stopped giving from the heart, giving generously of her time and resources to help others,” Cynthia Evetts, professor and director of the school said. “This is a fitting tribute to the legacy of Sophie, who so valued the importance of celebrating student accomplishments.”

Sophie Rydin moved to the U.S. from Taiwan in 1976 and worked her way through graduate school waiting tables. Rydin worked as an occupational therapist after earning her master’s, marrying her husband and giving birth to two sons.

Rydin returned to TWU in the early 1990s as a clinician in an OT mentoring group and began working as an adjunct after earning her PhD. Rydin also contributed to the university outside her role as an instructor, contributing funds to create student spaces in 2006 when Houston moved to a new campus building and helping fundraising efforts to create a research space for Houston faculty and students.

She was the commencement speaker at the 2014 Houston graduation ceremony. Rydin also served as the vice president of her and her husband’s company.

“We will remember Sophie in heartfelt joy and warm memories,” Francie Baxter, professor and associate director of the TWU School of Occupational Therapy in Houston, said. “Her generosity and concern for others knew no bounds.”

Published in Campus, Dallas & Houston and Dallas and Houston