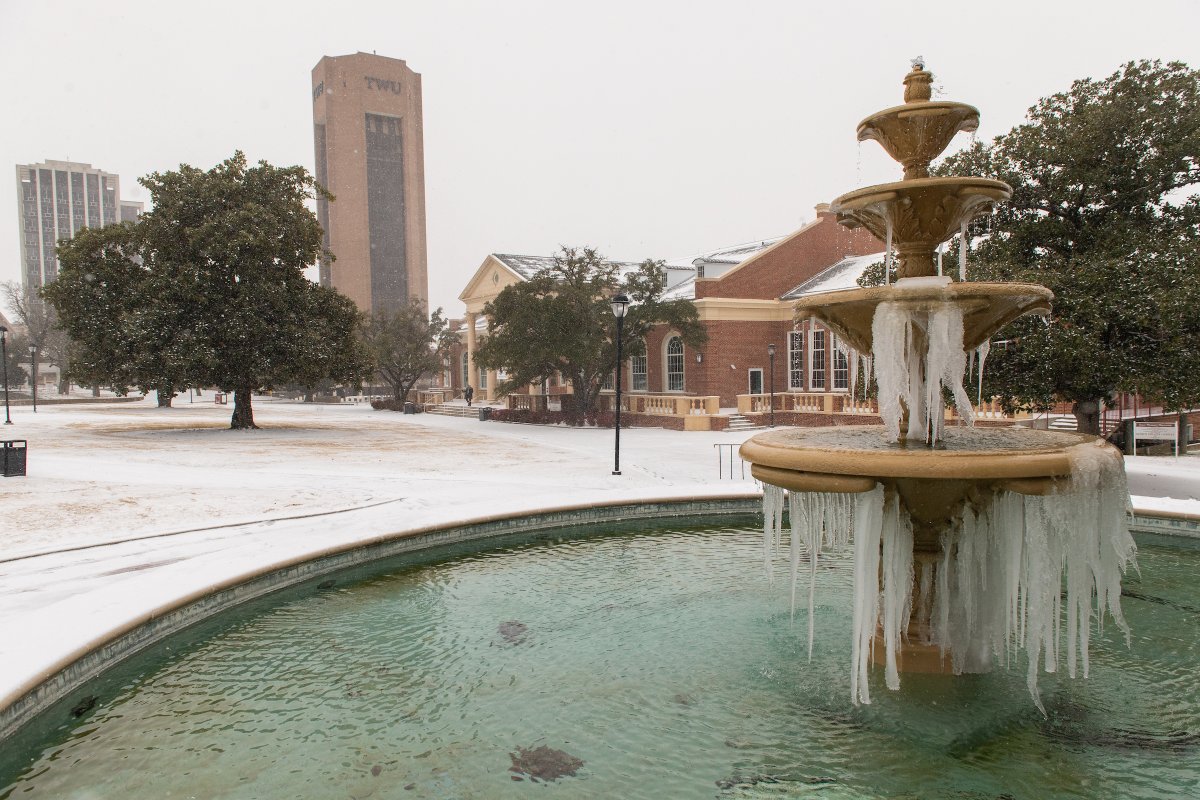 Classes originally moved online Sunday and Monday, but rolling blackouts initiated by the Electric Reliability Council of Texas Monday have created unstable power and internet connections throughout North Texas, prompting campus officials to cancel classes, campus activities and clinical. Millions of residents across the state are facing continual power losses, and ERCT told lawmakers Tuesday afternoon it could be days before power is fully restored, according to the Dallas Morning News.

Campus access is limited to essential operations and building access will be restricted to those “who have received VP approval,” according to an announcement on TWU’s website. No exams or assignments are required to be submitted until classes for each campus resume, and only essential employees who have been instructed to report to campus are expected to work. All appointments at Student Health Services, including for those receiving their second dose of the COVID-19 vaccine, have been postponed, according to the announcement.

Dining operations will continue on the Denton campus for residential students.

An update for Houston students will be announced Wednesday evening based on weather conditions, according to the announcement.

North Texas received several inches of snow Sunday as part of a winter storm front that rolled into the area over the weekend. Another storm system is expected to bring a mix of ice and snow into North Texas Tuesday night and last through Thursday morning, according to the National Weather Service in Ft. Worth. Below-freezing temperatures and dangerous wind chills will continue through Wednesday, according to the alert.

ERCT asked residents in a news release Sunday to help reduce the demand on the grid by keeping thermostats set at 68 degrees and unplugging unused appliances.

Published in Dallas & Houston and News