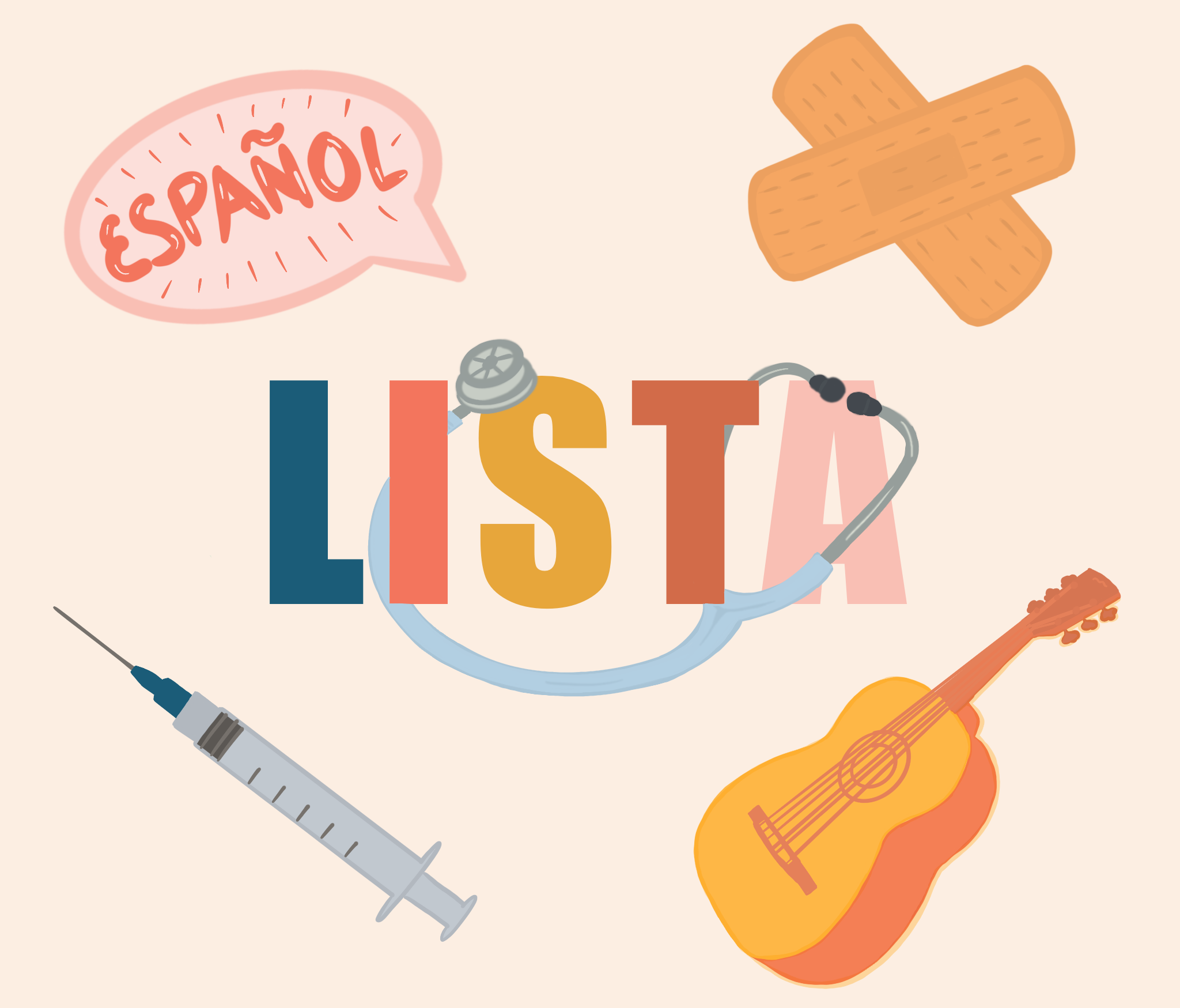 Nursing students at the Dallas and Houston campuses of Texas Woman’s University now have an opportunity to learn and freshen up on Spanish by joining the organization Leaders Interested in Spanish Translation Association (LISTA).

LISTA is an organization at the Dallas and now Houston campus that provides an opportunity to refresh on Spanish grammatical and vocabulary concepts and learn new materials related to medical interpreting. It also touches on the standards of medical interpreting and what it looks like in the workplace in a healthcare environment. LISTA is not just for students who are already fluent in Spanish, and all levels are welcome to join.

“I had the idea to start the organization because I was a Spanish minor before I got into nursing school, and I loved Spanish,” President Abbey Harrison said. “I have been in Spanish classes formally from high school, and so it was the first year I didn’t have a Spanish class, and I really missed it and I really needed that extra formal practice. That’s why I was inspired to create LISTA, because there wasn’t an organization like that at TWU Dallas.”

LISTA had their first meeting in November of 2020, and they now have approximately 40 official members and 141 people who express interest and occasionally participate in the meetings.

“So, when we launched our organization back in the fall semester, our first act of trying to get members was sending a survey out through the Dallas newsletter,” Vice President Stephanie Reynoso said. “We got an overwhelming response of people interested in the organization. I think our first survey ever, before we launched our program, about 130 or 140 people replied with their emails saying that they are interested in learning more.”

In their meetings they discuss topics including grammatical concepts, new vocabulary and translations you would come across in a hospital environment. They also ask members some fun questions, so they can participate and respond in Spanish.

“We want to promote as much participation, because you have to learn Spanish by talking it out,” Reynoso said. “We like asking questions like ‘How was your spring break? Who wants to unmute and tell us about it in Spanish or try the best you can.’”

LISTA has different volunteer opportunities that members can participate in, including the HOPE Clinic in McKinney, Texas. The clinic provides free medical, vision and behavioral care to low-income uninsured families in Collin County.

“You would have to volunteer twice a month from either two hour shifts to as long as eight-hour shifts,” Harrison said. “The HOPE Clinic asks people to commit to six months of volunteering, and they provide all of the training you need. It is kind of an opportunity to talk directly to patients.”

In the future, LISTA hopes to extend their organization to the Denton campus.

“We want Denton to have a chance of doing what we are doing, because I think having this organization specific to Spanish translation in the medical field is unique,” Harrison said. “I think because Denton has different healthcare majors like dental hygiene, psychology, and child development, those are people who are also going to be in the hospital. We just want to make sure they don’t miss out on the fun.”

Published in Dallas & Houston and Lifestyle