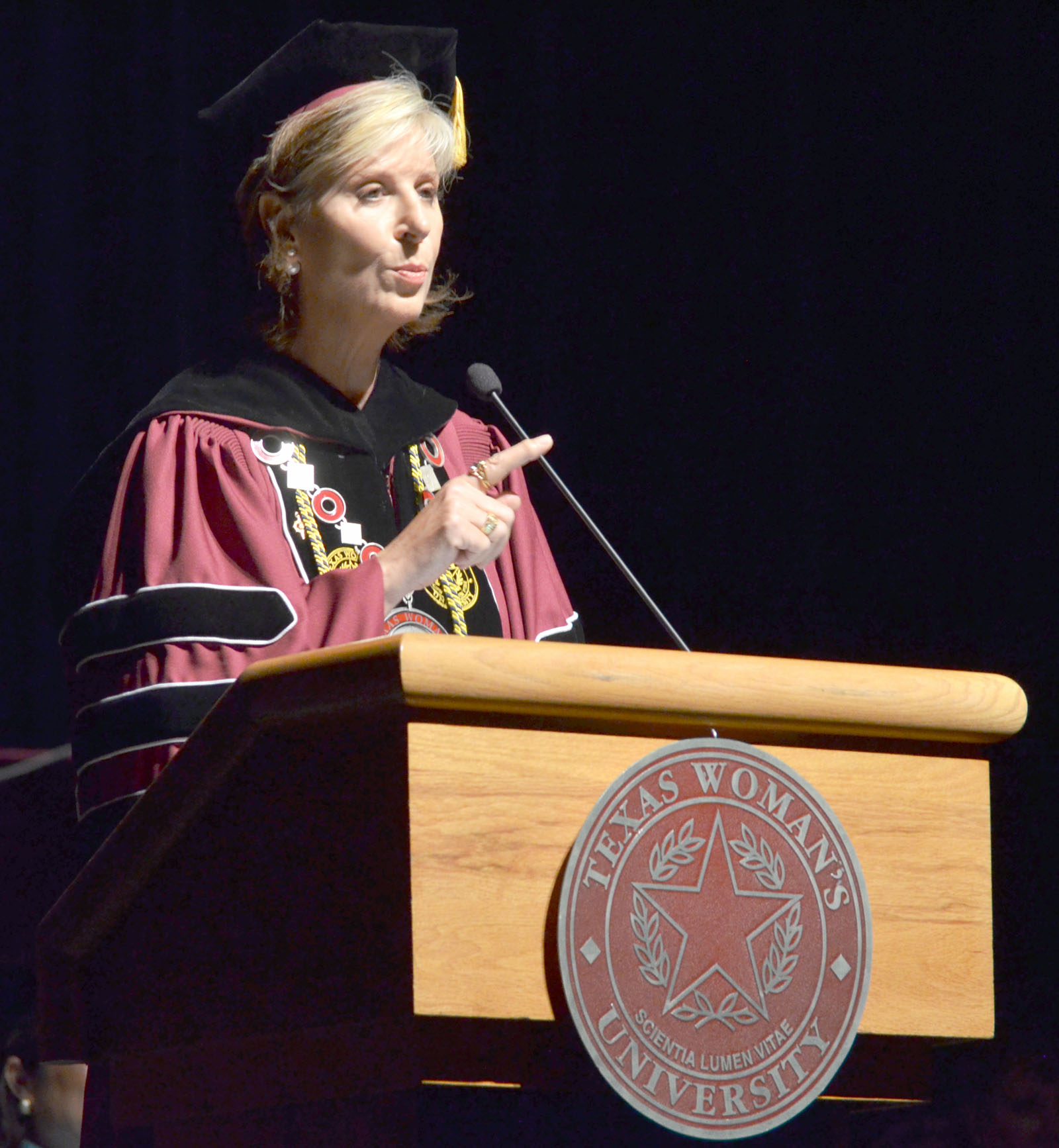 This is not the destination, only the journey 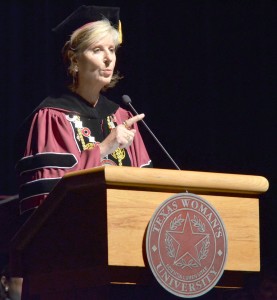 First-Year students officially began their college careers as recognized during the First-Year Commencement Ceremony last Friday, August 21 at 9:00 a.m. In addition to learning about the symbolism of the ceremony in connection to graduation from Provost Dr. Robert Neely and Student Government President Rebecca Montoya, students heard from several prominent members of the university as well as students and faculty.

President and Chancellor Carine Feyten spoke, following a welcome by Senior Associate Vice President of Student Engagement Heather Speed. In her address, Feyten specified a few duties that she considers most important while emphasizing: “We’re all in this together.”

Feyten suggested that student involvement paired with the chancellor’s would be a positive partnership for the campus. She quoted the famous German poet and philosopher Johann Wolfgang von Goethe: “At the moment of commitment, the universe starts to assist you.”

She added: “If you really commit to your education here, things will start to happen, but it’s only if you make that decision.”

Feyten also advised that students begin to make “Big Hairy Audacious Goals,” another way to say that students should challenge themselves in order to grow and learn about themselves and the world around them during this journey.

Student Regent Neftali Gomez was the second-to-last to speak to the audience, but her speech received a sincere reaction from the audience, with a standing ovation at the end. Gomez began by sharing three pieces of advice that her mom had given her. The first was, “‘Dale tiempo al tiempo,’ or, in English, ‘Give time, time’…I was miserable my first semester…It wasn’t until the summer after my first year that I knew I was supposed to be here.”

Gomez stressed that students should try new things and be open to new experiences, because that was how she ultimately made her transition — and had fun doing so by taking huge steps, like flying for the first time to a conference even though she was terrified of flying.

Gomez encouraged students: “Share your story. That’s something I’ve learned here from some of the faculty and staff. Your story could be a source of motivation to others. Don’t let your background limit you. Enjoy the journey
and have fun.”