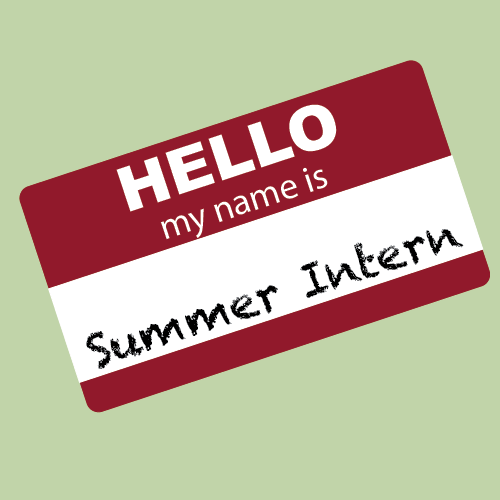 With the start of the summer break comes nearly endless possibilities – for relaxing, rejuvenating, picking up abandoned hobbies and – yes – career advancement.

A 2017 study by the National Association of Colleges and Employers found that graduates with internship experience have a better chance of finding a job – but many students may not know where to begin. Given the uncertainty that many students new to internships could face, The Lasso sat down with Juan Armijo, internships coordinator for the Pioneer Center for Student Excellence, to demystify the word that looms large in the minds of so many students.

Armijo said a common misconception about summer internships at this point in the semester is that it is too late to apply to them.

“People think ‘oh, maybe it’s too late’ […] while others think it’s too early, but it kind of varies on what you’re looking for in internships,” Armijo said. “If you’re interning for somewhere corporate or […] if it’s a national or international company, those summer programs are already done. But if it’s a nonprofit or a smaller business, than no [it is not too late to apply].”

Armijo said that when it comes to internships, there are no hard and fast rules on when to start looking for them or how many to do.

“It’s never too early,” Armijo said. “People in their freshman year, that’s a good time to start because internships give career clarity. Whenever you finish [job] shadowing or an internship, you come back and it’s either ‘I went here, and I know exactly what I want to do after I graduate’ or ‘I interned here, and I know that I do not want to do this anymore,’ so it helps you kind of clarify what you want to do or what you don’t want to do.”

Armijo said that, although there are many benefits to internships, career clarity is probably the most significant upside.

While some students may avoid searching for internships either because they cannot afford to work for free or because they do not think they will learn anything valuable at an internship, Armijo said that is usually not the case.

“A lot of students think that internships are unpaid or that you’re probably going to just be grabbing coffee for people or making copies, and that’s not the thing,” Armijo said. “[With] internships you’re getting that real exposure – those real skills – and a lot of internships are paid; it’s just about searching for them.”

Armijo said that a part-time job and an internship at the same company could be very different experiences, given the teaching component of internships.

“In internships, you’re a paraprofessional versus a job, you’re just kind of an employee,” Armijo said. “For example, if you’re doing a part-time job at McDonald’s, you’re probably handling the cash register, taking people’s orders, those kinds of things. If you’re doing an internship at McDonald’s, you’re maybe shadowing the manager, supervising some employees [and] you get to coordinate the logistics of supplies coming in and things. It’s different than a part-time job even though it’s in the same place.”

Even if a student cannot find an internship over the summer or ends up working odd jobs, Armijo said there are still plenty of ways for them to strengthen their portfolio.

To explore internship opportunities, visit TWU Connect or reach out to the Pioneer Center for Student Excellence.