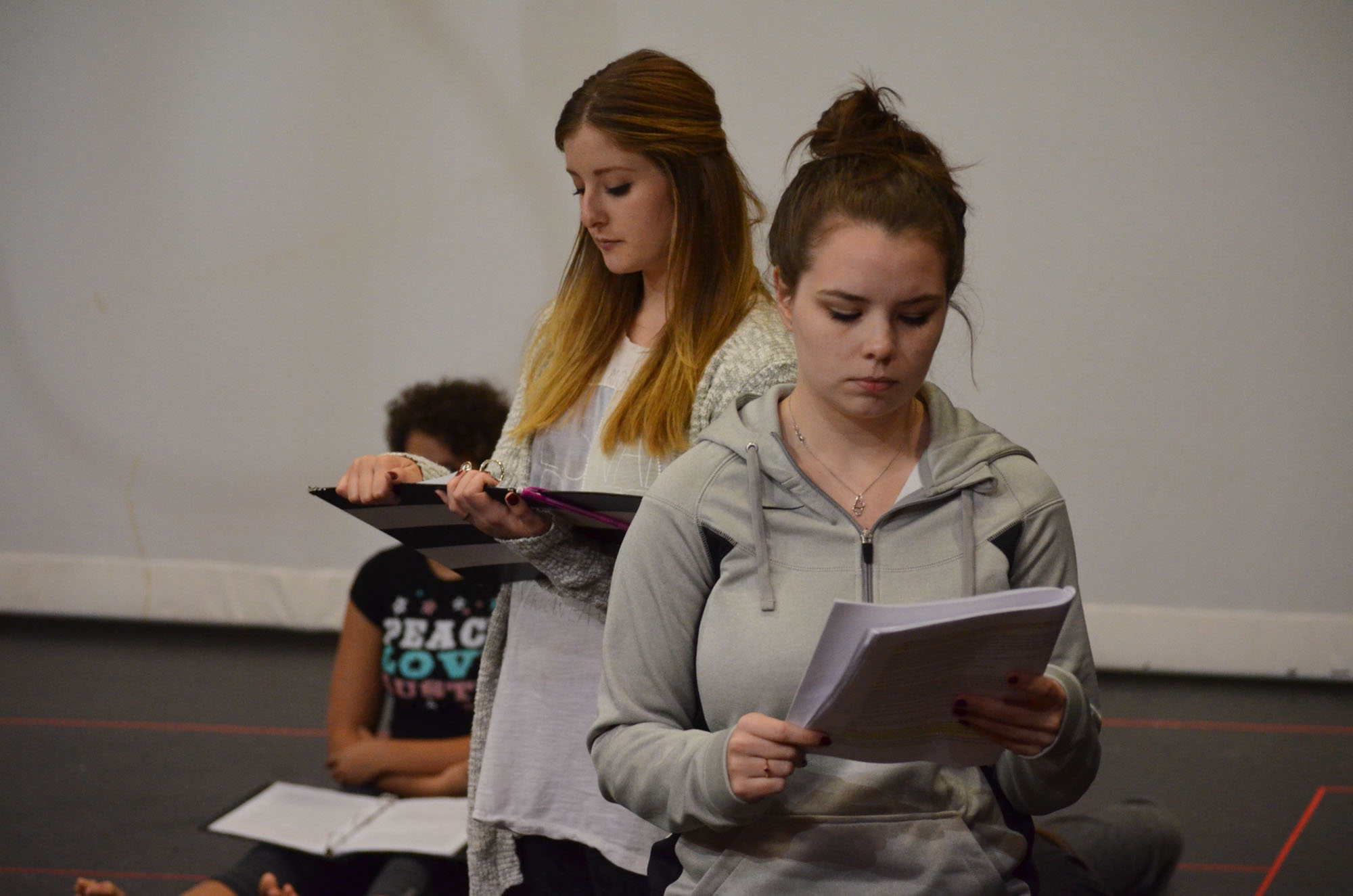 This October, the TWU Drama Department will be hosting a production of “Seven”, directed by associate professor Dr. Patrick Bynane. “Seven” was originally produced by Vital Voices Global Partnership, a non-governmental organization dedicated to empowering woman leaders and activists worldwide.

The play highlights the tales of seven revolutionary women from seven different countries who were making significant progress in women’s rights, battling human trafficking and political advancement. Each story was written by seven different playwrights as individual monologues to be read together.

Bynane shared: “All seven stories are overlapping throughout the play, bringing together the common theme.” Bynane has adapted this play to work on the Redbud Theatre stage, changing it into a production rather than a reading of seven monologues. He has added three other roles, one woman and two males, to serve as commentary during the play.

To add movement and sound to the play, Bynane is also working with a choreographer.

In an interview with the cast, the actors were able to shed some light on their characters and their roles in the play:

EN: How do you prepare for your role?

Krystalyne Laseter: “I play the role of Inez Mckormick, who was a real woman in Northern Ireland. One of the first things I did, when I learned I got her part, I went and read her biography and looked at the way she spoke, because even though I’m not using the Irish dialect, I’m still telling her story. I wanted to sort of pick up on those characteristics and mannerisms. Being able to see her speak online in videos gave such life to the character because she’s not just a character; she’s a real person. The other thing I do is listen to Irish music every night before rehearsal.”

EN: How do you feel about being cast in the roles of women who have such a big impact in the world around them?

Kayla Harris: “It makes me take a step back and ask, ‘What am I doing with my life?’”

Selena Flores: “I agree, I feel like I’m so under accomplished, but at the same time, it is very honoring to play these women, who, all these women, except Inez, are still very much alive and still working against trafficking, abuse or domestic violence. Whatever it may be, it makes me want to take a step back from my life.”

Natalie Beech: “It’s nice to tell the story of women of color particularly. I think that it’s sometimes hard for people to realize that these [bad] things that happen to women happen in 90 percent of the world. The fact that we’re 10 percent of the world, we don’t have to live with it or see it every day, so it’s like a wake-up call, really. We’re in America, so we don’t really think about it.”

Alle Mims: “I think it’s important that these stories are being told also, because I think these are the kind of things we don’t hear about as much. We hear not to be sexist, and we hear about all these things that men are doing and skills that are men-dominated, and you just don’t hear a lot of stories about strong women. I think it’s important for these stories to be out there and to be told.”

EN: Because this is an adapted ensemble piece, is it different than what you’re used to?

KL: “A little bit. I’ve never done a docu-drama before. It’s interesting because you’re really focused on the exploration of your own character and not so much the relationships…You carry all the weight of your character on your own.”