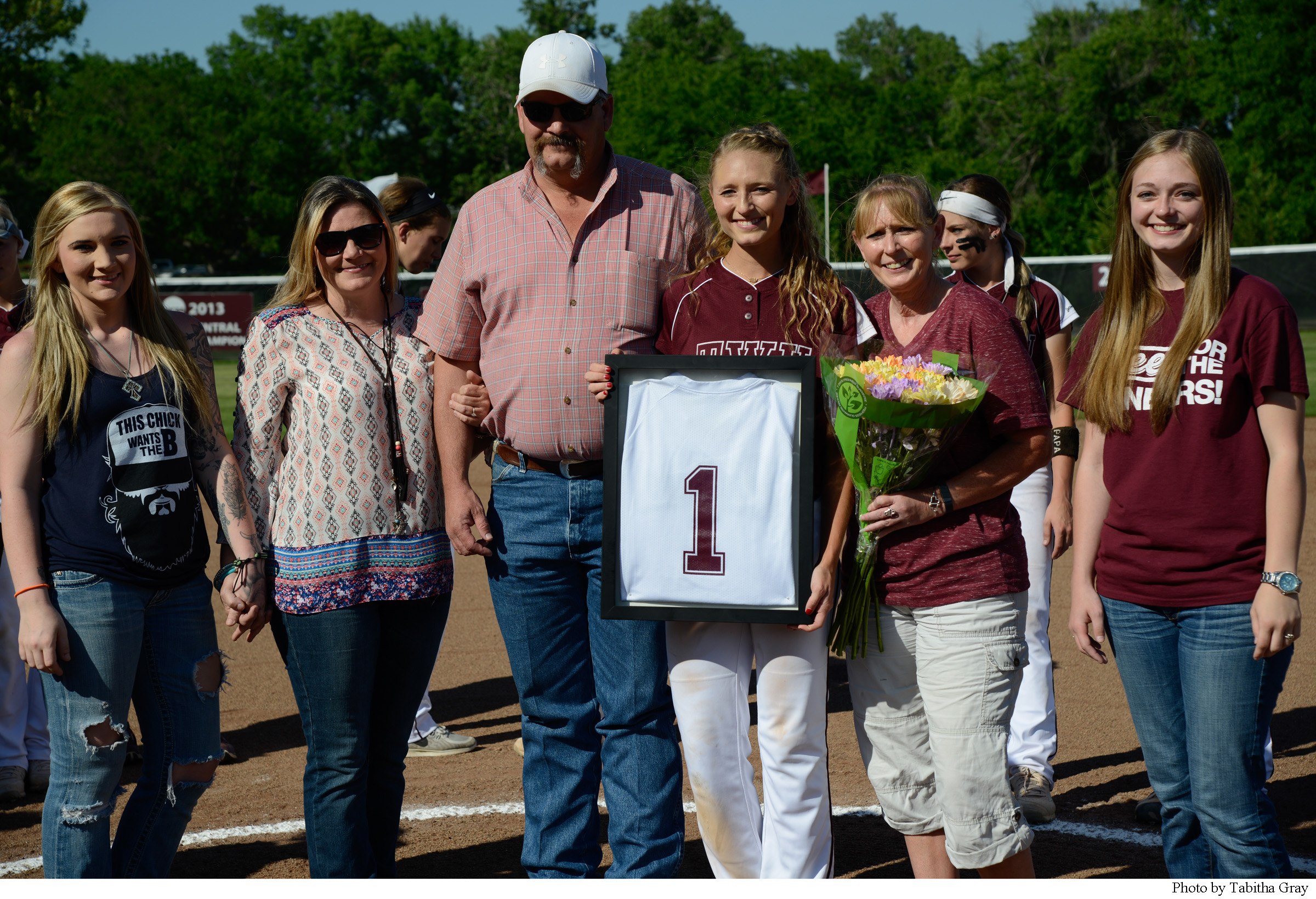 Senior Nutrition major and centerfielder for the Pioneer softball team Tealey Farquhar has spent the past three seasons on Pioneer Field. Farquhar is originally from Lampasas, Texas, and she attended Navarro College before transferring to TWU in time for the 2014 season. Farquhar has had an outstanding career at TWU with a total of 152 runs, 75 stolen bases and 72 RBIs. During the 2016 season, she has posted at .464 batting average, .529 on-base percentage, .991 fielding percentage and she has stolen 42 bases, only being picked off twice.

In an interview with The Lasso, Farquhar shared some personal insight and behind-the-scene action from her entire softball career, starting at just nine years old.

Lasso: How did you get started playing softball?

Farquhar: “I started in tee-ball. When I got old enough to play select, I had a few coaches ask me to try out for a few teams, so I started to play competitively at age nine.”

Lasso: Who was been your greatest influence while playing softball?

Farquhar: “My mom has been my biggest fan, through everything. She is always there, always encouraging me, always helping me get better; and for her I want to do better.”

Lasso: Why did you choose to come to TWU to play softball?

Farquhar: “I came for a visit and I really loved the campus. The coach just grew on me as soon as I got here. I really liked her honesty, she is very straightforward with me and that’s what I really looked for in a coach.”

Lasso: What is the greatest lesson you have learned during your time at TWU?

Farquhar: “Trying to balance the life of a student-athlete is very hard and I think that learning how to do that helps set me up for my future. I think that I have great coaches and teammates that help me out along the way as well.”

Lasso: What are some things you are going to miss from college softball?

Farquhar: “My team – I mean you get here and you get 20 friends, right off the bat. I think that I am going to miss my team and having coaches there that are always there for you 24/7 if you need anything. I think I am missing out on a family next year.”

Lasso: What are your plans after graduation?

A: “I want to look to maybe go coach softball at a high school somewhere and maybe try to teach a health class or a PE class – something along those lines. That is the plan for right now.”