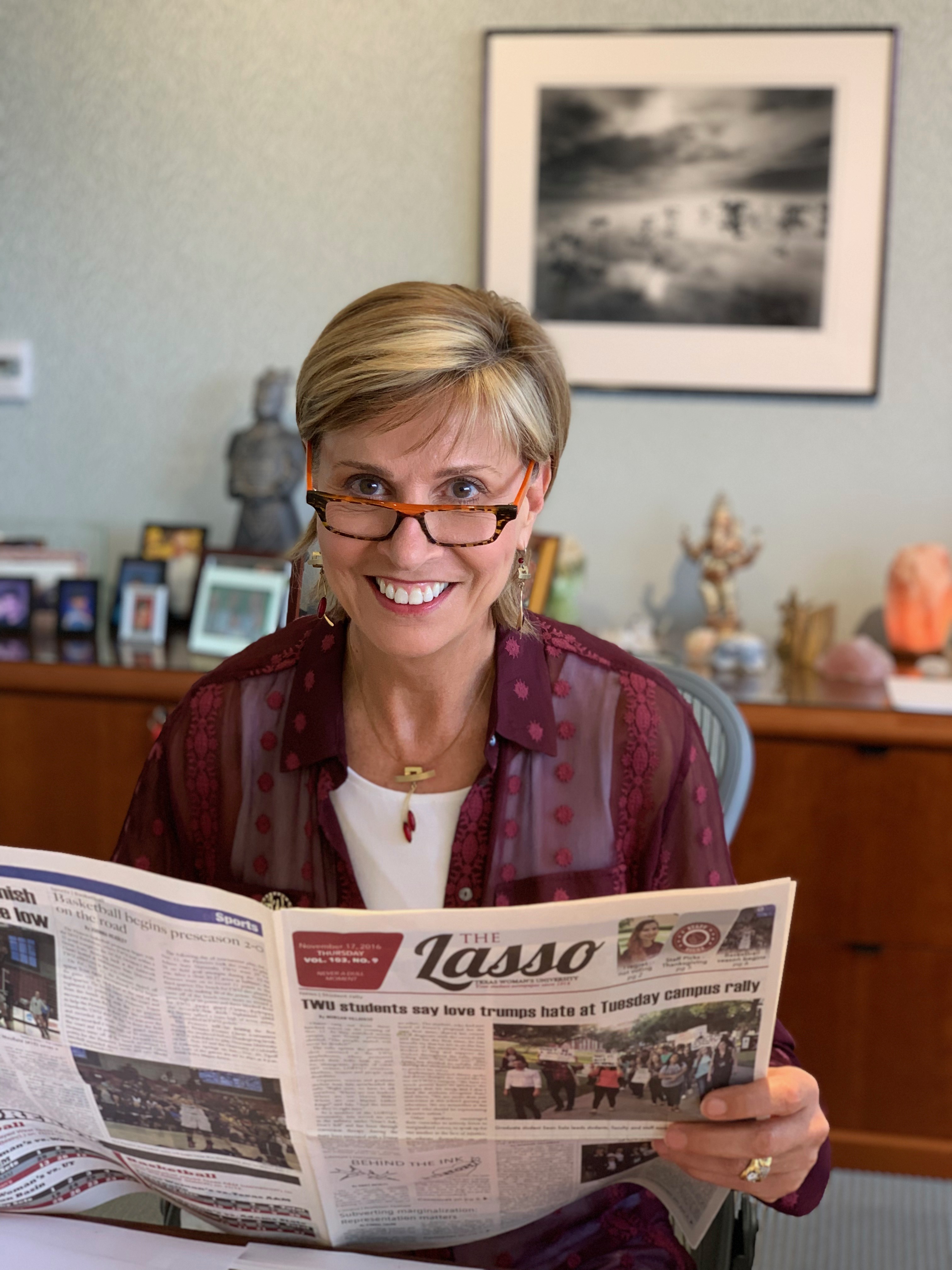 Letter from the Chancellor: ‘Year of the Woman’ is more than a hashtag

The internet has dubbed 2019 the #yearofthewoman.

We saw more women run for office than ever.

We celebrated the centennial of Texas’ ratifying the 19th Amendment —that one about women and voting. The U.S. Women’s Soccer team won the World Cup and also led social change off the field. And, Texas Woman’s alumna Roxy Vogel made a ‘lightening’ ascent to the top of Mount Everest, roundtrip from her home within 14 days, setting a record.

These are just a few stories pushing up the needle on the achievements of women. What has struck me most is how these women have achieved such feats against impossible odds.

Let’s assume for a moment that everything was as it is today with the only difference being that women do not have the right to vote (This is purely a mind-experiment because let’s be honest, things would not be the way they are today without the voices of women at the table, but humor me). Even in such an imaginary scenario, what do you think it would take to convince one subgroup to share its power? And yet without social media, without mobile phones, and without the inspiration and confidence-building that comes from seeing role models who look like you, women worked with men and managed to ratify the 19th Amendment in 1919.

Of course, that achievement meant very different things for indigenous women, immigrants and women of color – yet for the purpose of my line of thought, it still shows that the impossible can happen.

What fuels the effort required to accomplish such feats?

That’s what is fun about herstory—finding the nuance in everyone’s story. There is certainly no formula for solving every puzzle or curing every social ill, but there are environments wherein the seeds of promise flourish. You are those seeds and the Texas Woman’s University is such an environment.

With an open mind and determination, you can refine your voice, come together—women had to collaborate with men as we do here—and lead the change you want to see in the world. Here before you lies an opportunity to work with talented faculty as they guide you through exercises, papers, and exams in developing minds for thinking what no one else has thought about that which everyone sees, to paraphrase a well-known philosopher.

From this #yearofthewoman, I hope you will boldly go to build our bright future!