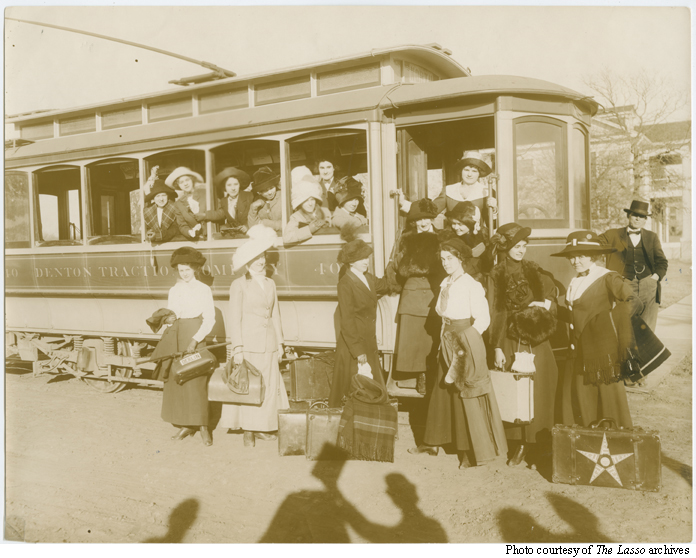 Reporter takes a look back at campus 100 years ago

100 years ago The Lasso had just passed its second birthday but still had much to say about TWU’s busy student body. Here’s a throwback to TWU in 1916 as captured by The Lasso.

Jan. 21, 1916: Six household art students left the demonstration cottage after two weeks together where they displayed their skills of household management. Each girl stepped in as lady of the house and managed the household for two days under scrutiny of her peers and professor. During the first dinner hosted by the girls Fort Worth Star-Telegram reporters and TWU’s president and his wife attended.

May 5, 1916: Updating readers about the Shakespeare tercentenary celebration, this article announced the cast for the celebratory scenes from three of Shakespeare’s plays that would be performed as well as traditional English songs and dances to commemorate the great poet and playwright. The celebration was announced in April and would take a month of practice and 200 students to orchestrate.

“Important changes in C. I. A. curriculum”

Sept. 12, 1916: Quite a few changes to the College of Industrial Arts (C. I. A.) were announced in this article. Admission standards for freshman were raised, new fields of study were introduced and a new class schedule,  using six days of the week, were made public to the university. TWU’s new president claimed these improvements would raise the bar at which TWU operated and the academic opinion about the university.

Nov. 10, 1916: Although the passing of the nineteenth amendment took four more years to secure TWU students were eager to insert their political ideas into the world no matter what. In a mock election headed by TWU’s President, students elected Woodrow Wilson as president of the United States in a landslide.

Dec. 15, 1916: The name sake of what then was a dormitory and now an office building, stopped by for a visit. Mrs. Stoddard helped secure the location for TWU and served as a secretary to TWU’s board of regents, before moving on the campaign trail for temperance and woman’s suffrage – topics she lectured over before touring the campus and joining students for tea.