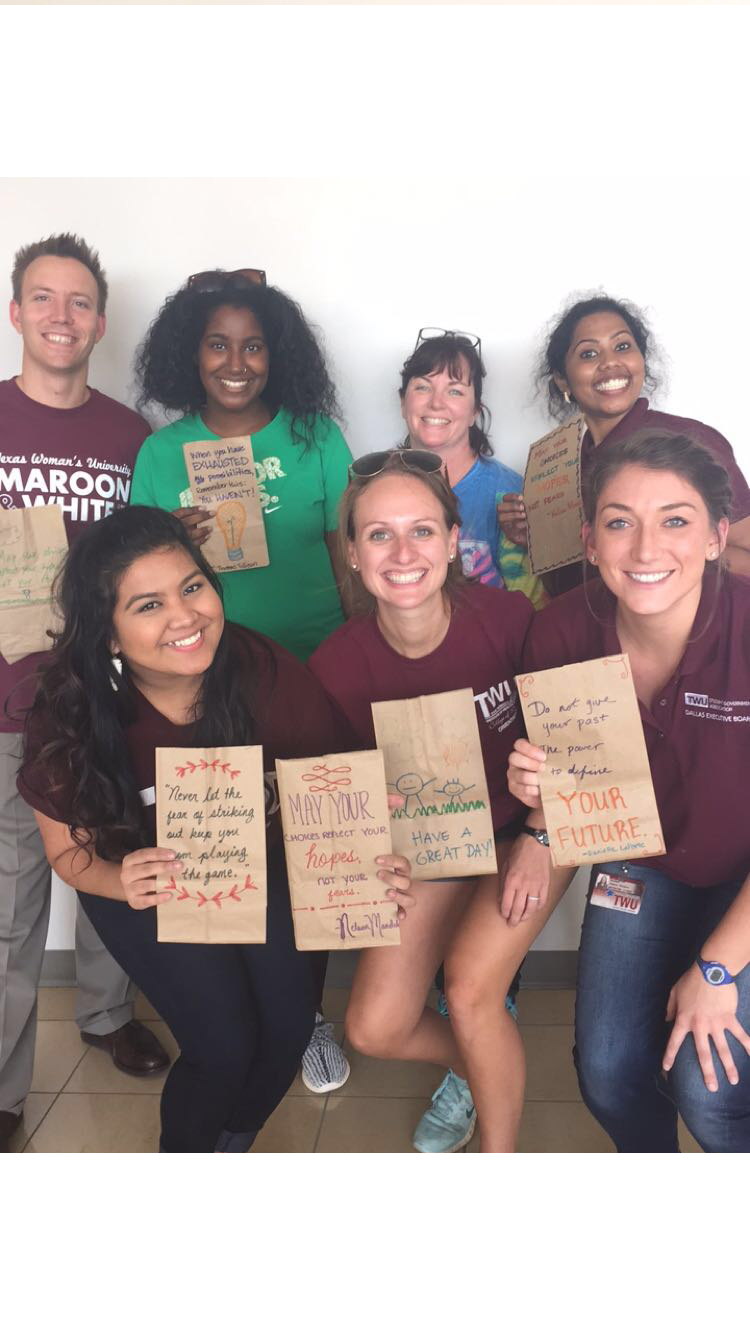 Thompson said: “I really like what SGA represents. I like that we’re a proponent for the students and we represent them. I like that we have the ability and the power to help meet student needs and make their experiences as students better and fun.”

As President, Thompson will strive to do her part in helping her fellow students succeed in school and making sure their needs are met. Thompson explained that she also liked being involved in SGA because it allowed her to meet students from other disciplines attending TWU in Dallas. Most students in Dallas seek occupations in the healthcare field, including Thompson.

Thompson said: “How I actually found the profession of occupational therapy was through my involvement with the Special Olympics, being a partner with my classmates in high school. I played softball growing up and I played softball in college. So I was able to utilize that passion of mine to partner with my friends and classmates in Special Olympics and so I worked with my classmates who had developmental delays and disorders. That had a big impact on my decision to go into occupational therapy and that is a population I would like to work with after graduating, children with disabilities or delays. I have a big heart for underserved population.”

Her dreams also include opening up a clinic for children with disabilities who cannot afford services insurance will not pay for. Thompsons feels the roles she has played with SGA has well prepared her for professional life.

Thompson explained: “Being a part of SGA has allowed me to develop professional relationships with communities within TWU. I’ve learned about cultivating and developing professional relationships in the senses of understanding how communication in those relationships work and dealing with conflict. Being able to work with different personalities and seeing how I could work with someone in an optimum way that utilizes everyone’s different types of strengths is important.”

Co-sponsored by CAB, League of United Latin American Citizens will be there as well as a handful of student Greek Life organizations from the UNT campus and the Multicultural Student Network from the Office of Diversity, Inclusion and Outreach.

“We get to celebrate a lot actually, not just necessarily the cultural food and music aspect of it,” shared Rodriguez, “but also the independence and the times that many countries in Latin America and Hispanics in general were going through back then.” In 1821, five Latin American countries were declared independent on Sept. 15, including Nicaragua, El Salvador, Guatemala, Honduras and Costa