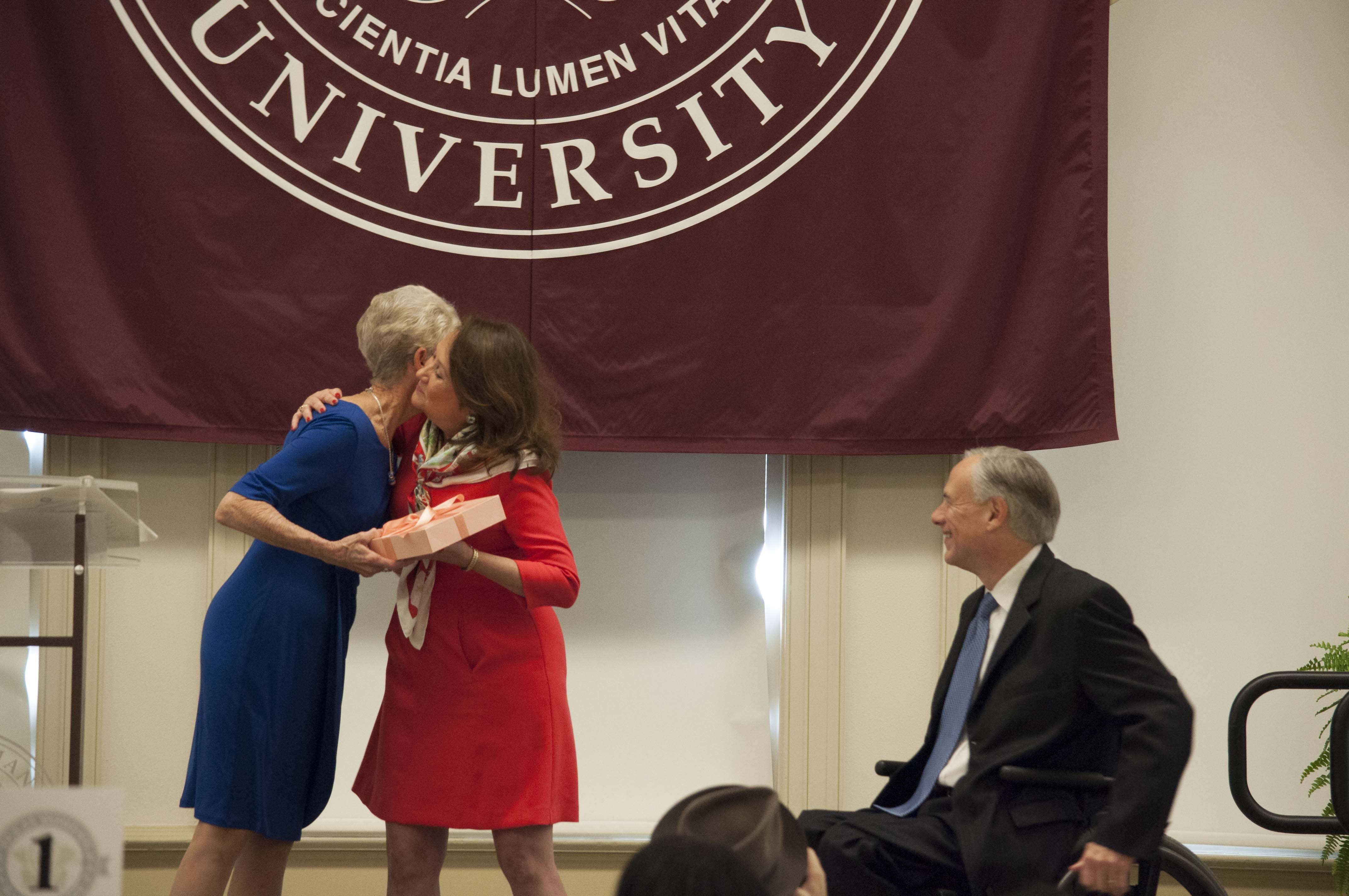 Aviator Emma Carter Browning, Businesswoman Susie Hitchcock-Hall, division chief of the Flight Operations Directorate Integration Division at NASA Ginger Kerrick, Latina singer and artist Selena Quintanilla and Chancellor of the University of Houston System and president of the University of Houston Dr. Renu Khator were announced as the inductees by the Governor’s Office in August.

“Who would have thought that a teenage girl from a small town in India, with barely any functional knowledge of English would be so fortunate to land up in America, the land of opportunity,” Khator said before receiving the award, “And who would have thought that my fortune would double and I would land up in the great state of Texas. But you know, I have been taught that if you dare to dream and dare to be passionate and if you remember to be humble—anything is possible.”

On behalf of the Quintanilla family and Selena, her sister Suzette Quintanilla accepted the award: “My sister once said that the goal wasn’t to live forever, but to create something that will. Today is a testament to those words.” With some emotion, Quintanilla expressed a thankfulness for the support of the work that her sister had done in Tejano music: “I am forever grateful to be a part of this powerful legacy that she had left behind—which is why we are here 21 years later.”

Governor Abbott thanked the women for their dedication to their dreams and passions and for becoming role models for young women who want to accomplish great things: “Women who invest in themselves, encourage young girls to believe in themselves and inspire change in others.”

“We celebrate today’s five honorees not only for their individual achievements, but also for their unique contributions in making Texas an even more superior state,” Governor Abbott stated, “…they have reached unparalleled levels of success…I thank you for the example you have set.”

Among the people in attendance was the full commission members, TWU Ambassador Chad Wick and two state representatives, Todd Hunter and Myra Crownover, who were also present at the ceremony.