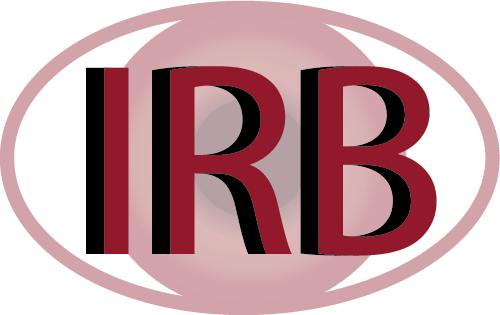 The new Common Rule requirements handed down by the Department of Health and Human Services, which include changes to review categories and consent requirements for federally-funded research involving human subjects, took effect Jan. 21 at TWU. These federally mandated changes coincide with the unveiling of the IRB department’s new system for submitting IRB protocols, Cayuse, which digitizes the research application process.

“The main changes have been to the categories of review,” Sandy Owens, the IRB project coordinator for the Denton and Dallas campuses, said of the Common Rule regulations. “For the most part, things have been scaled back a little, so what may have needed a full review can go expedited and whatever might have needed an expedited review could go exempt.”

Owens said that another chief modification to the federal regulations has been in the frequency of reviews for expedited studies. While the IRB was previously required to conduct annual reviews of expedited studies, the HHS has eliminated that requirement with the new guidelines.

Additionally, researchers will now be required to include a summary outlining the purposes and major elements of a study on all patient consent forms. While Owens said the summary requirement could be helpful to lengthier studies, they can pose logistical issues for the less-extensive reports.

“I think the summary of key information really makes more sense for medical studies or studies where the consent forms are really detailed,” Owens said. “Some of our consent forms are just two pages, so how do you summarize one paragraph when it’s already that short?”

Owens said that researches would also need to include specifics in the summary that outline their intentions for future use of participants’ data.

Tracy Lindsay, the director of operations for the Office of Research & Sponsored Programs, said that the changes serve a few purposes.

“It is increasing transparency, but it’s also reducing some of the burden on the guys in IRB, so they don’t have to keep reviewing studies that are not high risk,” Lindsay said.

The new requirements were initially created in 2017, but Lindsay said that widespread difficulties understanding the requirements created delays in implementation.

“Both delays [since 2017] were really because there were a lot of things that weren’t clear, so they allowed time for people to comment and get clarification,” Lindsay said.

But Lindsay and Owens said those delays paid off for TWU by allowing the Cayuse and Common Rule rollouts to coincide, easing the transition for researchers.

“The original plan was that we would implement the new Common Rule because it was supposed to be implemented a year ago, and then the federal government delayed the implementation date, so they ended up coinciding, and we opted to let them coincide,” Lindsay said.

“We didn’t want all of our researches to have to go through two major changes,” Owens said.

“Everything done before Cayuse was basically by a paper application…or through email,” Owens said. “It was very archaic. [Now] it’s so much easier for the researcher to go in and submit their application, and they can see where it is in the process. I think it’s working a lot smoother overall.”

The confusion over some of the new guidelines has yet to be fully resolved according to Lindsay, leading some universities to opt-out of adopting allowances until more guidance is available.

“The Common Rule did allow for something called broad consent, which I think a lot of universities are eventually going to like, but they didn’t give a lot of parameters,” Lindsay said. “It basically means that, if I’m in the study, I can give broad consent for you to use those [specimens] in the future. There were a lot of questions, so a lot of universities are choosing not to adopt that allowance, and we’re one of the universities choosing not to adopt it…until somebody puts out a little more guidance about what the means.”

Owens said she expects that the changes will have a minimum impact on research participants.

“The whole point of the IRBs is to protect human subjects, and I don’t think most of that changed too much,” Owens said. “I think the changes were really more administrative. It didn’t change anything that would affect the participants much.”

Overall, Lindsay said she views the updated regulations as a positive change.

“I think it will streamline a lot because we have a lot of expedited studies, and for our researchers not having to do an annual review…I think is going to take a little bit of burden off of them and the IRB.”

Training workshops have been created to help researches navigate the changes, and researchers can find more information about the changes on the IRB webpage.