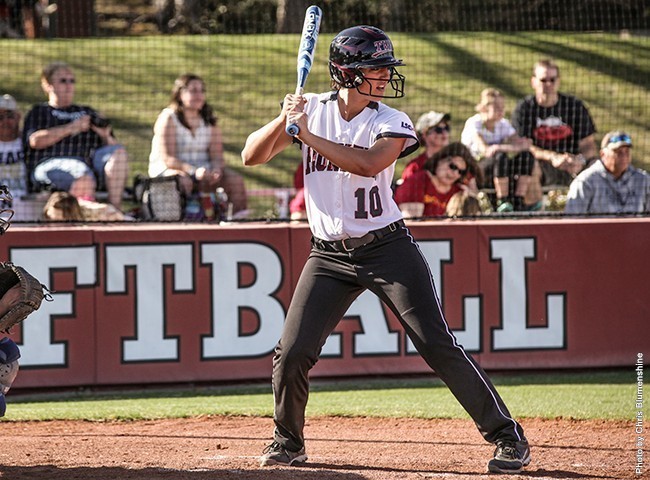 TWU goes 3-1 against WTAMU in Canyon 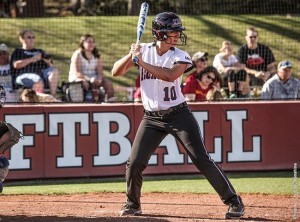 TWU’s softball team closed out its regular season schedule last weekend in Canyon, Texas, after the series against West Texas A&M was delayed to Saturday from Friday due to strong winds. With a doubleheader on Saturday and another on Sunday, TWU clinched the number two seed in the Lone Star Conference with three wins out of four in the series.

The Pioneer softball team entered the 1 p.m. game on Saturday with an overall record of 24-18-2 and trailed quickly with WTAMU taking a 4-0 lead after two innings of play. TWU responded in the top of the third with five runs, led by sophomore utility Alyssa Galaz’ grand slam. By the end of the third inning, the game was tied again after West Texas scored on a bases-loaded walk. In the fourth, the Pioneers added two more runs and Galaz piled on another run in the top of the fifth with her second home run of the night, making the lead 8-5. Yet again the Lady Buffs tied the game up by the end of the fifth. TWU would go on to reclaim that lead with another grand slam in the sixth by first-year Tylia Sylestine after WTAMU intentionally walked Galaz to load the bases.

The Lady Buffs would score two more runs in the sixth to make the score 12-10, and TWU earned another run as insurance to close out the game in the seventh. Pitcher Tori Bice earned her 17th win this season in the game while WTAMU pitcher Tori Bayer earned the loss. The second game, which TWU would lose, ran in the opposite direction. The Pioneers took the lead early, until West Texas scored four runs in the fourth, making the score 4-2. TWU tied the game up in the following inning, but West Texas reclaimed the lead in the seventh and went on to win by four runs.

On the doubleheader, head coach Genny Stidham said: “We couldn’t pull off the win in the second game, but I am happy with the split. I am proud of the girls for locking up the second seed in the LSC tournament. Getting a bye in the first round is huge since it’s a single-elimination tournament. We had lot of girls that came up with big hits today.”

TWU won two close contests on Sunday, but neither affected the Pioneers’ standings. TWU will now have a bye in the LSC Championship for the first game and the team will go on to face the winner of the matchup between Tarleton and Texas A&M-Commerce. The games will take place Friday, May 1 at 4 p.m. in Canyon, and the tournament is hosted by West Texas A&M.