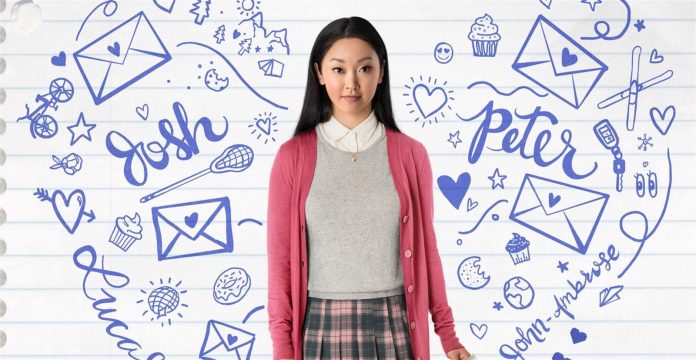 P.S. The first movie was better

Just to be clear: I love “To All The Boys I’ve Loved Before.” The plot, the absurd (and, oftentimes, cringy) nature of the characters, the catty high school drama, even down to the beauty of the Covey household and the immaculateness that is the lighting in each scene of the film – just wow. However, I can’t really say the same for “To All The Boys: P.S. I Still Love You.”

All of the things I love about the film —the pristine cinematic lighting, the immature conflicts and the beautiful house—are all there…except for the plot. It all comes tightly bundled with the addition of aggravating character development.

Peter Kavinsky was nearly nothing more than the bane of the movie’s existence. Why did it seem like he didn’t care for his current girlfriend Lara Jean Covey as much as he did for his ex-girlfriend Gen? Why did he recognize this and still push aside Lara Jean’s feelings of insecurity within herself and the relationship?

Why did he recognize this and still not try to be better for Lara Jean and push aside her feelings? He was not this airheaded in the first film.

In “To All The Boys I’ve Loved Before,” Peter was a character I’d grown very fond of. The little intimate moments he and Lara Jean shared when she put her scrunchie on his wrist, or when they opened up about their absent parents were parts that I felt displayed how genuine and raw Kavinsky is and how well he and Covey get along. He was so coy and love-struck that it maybe just masked his real personality for the time being because I have no idea who popped up on my screen the second time around.

Poor Lara Jean. She is such a sweet and deserving girl, yet she only got a couple weeks of goodness before it all came crashing down. I was really rooting for the relationship by the end of the first movie because they had seemed to fit so perfectly.

The two are complete opposites, and it is sometimes true that opposites attract, but the way Peter just completely disregarded the fact that he most definitely was not trying to be as good as he could be for his girl and washed away the issue when he was confronted with it was just trash. Trash!

And to make matters worse, HE NEVER EVEN APOLOGIZED! All he did was cut the conversation short, hug her and say: “Let’s not ever fight again.” What kind of nonsense is that?

On the other hand, John Ambrose McClaren. That’s it. That’s the statement.

A godsend is what this boy is. Cute, knowledgeable, self-aware, cares for the community and he and Lara Jean hit it off so naturally. Despite the mild childhood trauma of always being dragged in Peter’s shadow (which you can’t blame him for!), he was such a great kid.

Every time John Ambrose popped up on my screen, I never wanted him to leave. The interactions between the two of them were so wholesome and pleasing to watch because she was finally able to spend some time with a boy that was being nice to her. Lara Jean’s face was so undoubtedly brighter whenever she was around John Ambrose.

It absolutely shattered my heart when the two of them kissed and… nothing. Lara Jean Covey felt nothing for John Ambrose McClaren. And so began the “I’m going to go back to this man who gave only half the effort” montage.

It was disappointing. I don’t know much about John Ambrose and how high his boyfriend-material meter goes, but I would have loved to see how a relationship between him and Lara Jean would have played out. I get the whole philosophy of “the heart wants what it wants,” but I feel like she should have been able to step back, evaluate the situation and decide what she should do from there.

She did not give going back to Peter even a second thought. It was nothing short of headache-inducing.

Despite these terrible, terrible factors, I could still see myself re-watching this movie over and over again like I do with the first one. For what reason? I’m still not quite sure.

Overall, I’d give this film a 5/10. Three points for Lara Jean’s wardrobe and two for her little sister Kitty’s sense of humor.