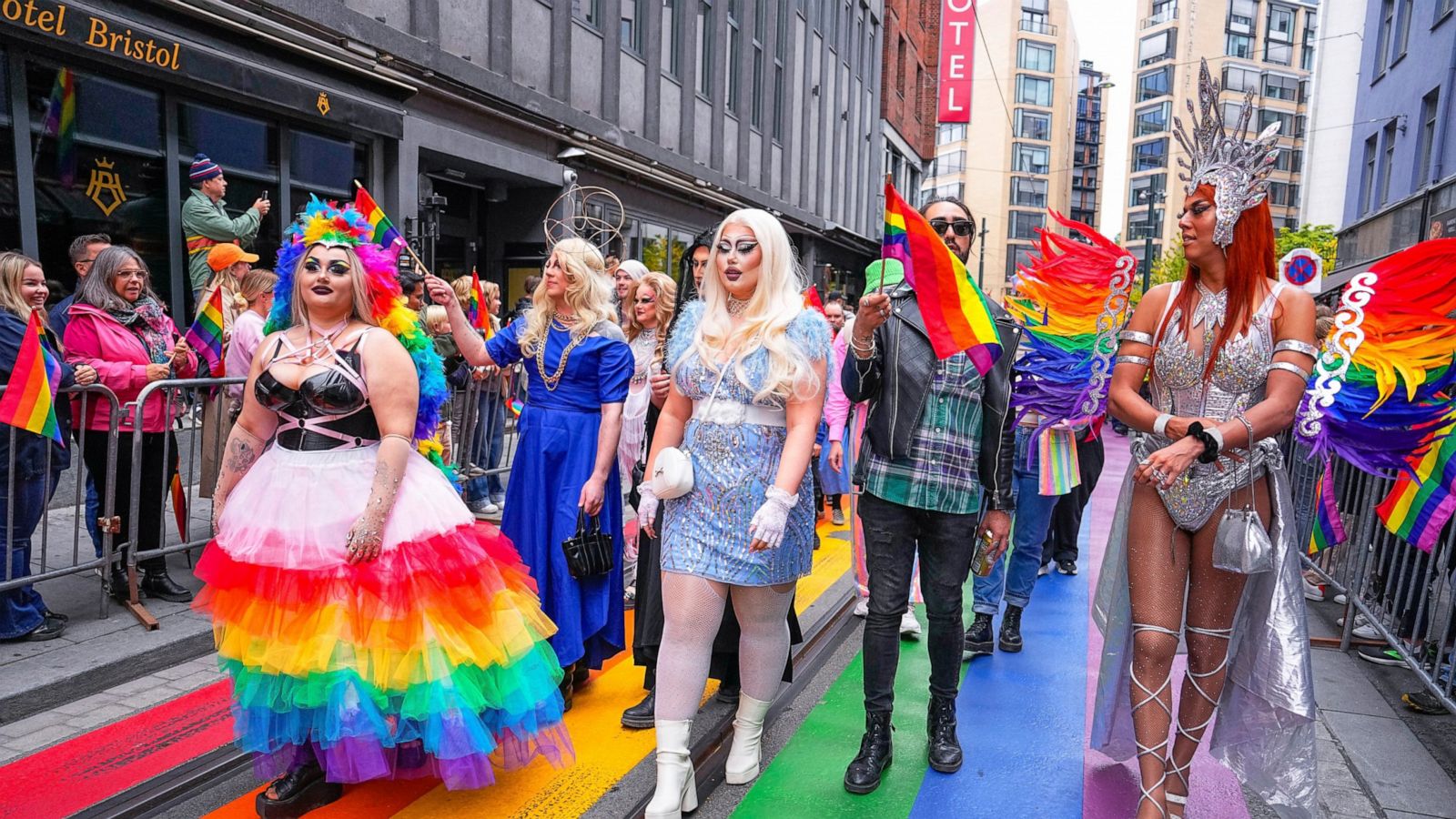 Opinion: Drag artists are not a danger to your child

I remember being 13 and watching “Rupaul’s Drag Race” and wondering if my parents would accept me for who I am. With flowing gowns and luscious hair, I was fascinated by the persona drag artists could create out of their own pride, a sense of pride that I had not yet found for myself. Older than America itself, drag is an art form and mode of expression that for decades has represented and uplifted the LGBT+ community.

Drag has a rich cultural history, spanning performances and deliberate parodies of the heteronormative gender roles and sexuality in which much of the Western world is confined. Since antiquity, men have taken on female roles, due to the disallowance of women to grace the stage. The term ‘drag queen’ was first used to describe men appearing in women’s clothing in British theater because the long costuming would drag on the floor.

The teenage Roman emperor, Elagabalus, was infamous for his challenges to the sexual morals of the Roman empire and for his cross-dressing. Doomed to damnatio memoriae, his name and life were erased from public records, and the only record of him now is through salacious rumors.

In America, drag popularity fell after the Second World War, due to an increase in socially conservative beliefs. Drag continued to suffer up until the 70s when drag balls were organized in parts of New York. This gave LGBT+ youth a safe haven for their identities and a chosen family. Drag artists such as Marsha P. Johnson and Stormé DeLarverie were leaders of the riot at Stonewall, which served as a catalyst for increased civil rights for queer communities

Now, centuries later, once again those outside of the rigid dichotomy of gender are fighting for representation, recognition, and most importantly, respect.

The sudden fixation of conservative groups on shutting down drag shows has presented a new but familiar obstacle for LGBT+ advocacy groups. Drag culture, with shows such as “Rupaul’s Drag Race” and “Pose,” has existed in the mainstream for years in which heterosexual and cisgender people have rejoiced. The recent attacks on drag are symptomatic of our larger political climate, one in which the fruits of LGBT labor are treasured, just not the laborers.

In the Denton community, we have seen a rise in the cancellations of drag shows due to threats and protesters. Book bans and school curriculums have targeted LGBT+ history in a novel form of damnatio memoriae, because if the LGBT+ community cannot forgive and diminish ourselves, then we should be forgotten.

Less than two weeks after the cancellation of the drag event in Roanoke, several other drag venues have had to cancel events after receiving aggressive phone calls and threats.

Don Huffines, a conservative Texas politician who challenged current Texas Gov. Greg Abbott in the 2022 primary elections, wrote “the Devil is coming for your kids. What are you going to do to stop this madness?” in response to a Disney drag brunch held by Cool Beans Bar and Grill.

Before the event was canceled, Denton Mayor Gerard Hudspeth reportedly contacted city staff to ask what the city could do to shut down the event. The Denton Police Department found that the drag brunch violated no laws or city ordinances.

Most children recognize and label gender groups between ages 18 and 24 months, with most children also having the ability to label their own gender by the age of 3-years-old, according to the Mayo Clinic. Observational learning, where a child learns by evaluating the interactions of those around them, such as their parents or teachers, is an intrinsic part of a child’s development, and this applies to gender and gender expression. Drag events that are geared toward children open up a conversation around gender fluidity and expression and are created to be appropriate for children.

The imagery of drag as sexualized connotes a harmful and damaging stereotype of gay men that has existed even in antiquity. Almost all studies show that over 90% of child molestation is committed by heterosexual men, according to a workshop hosted by the Lesbian Gay Bisexual Transgender Center at Case Western Reserve University.

At its core, this issue is not about the protection of children. No drag artists have taken the innocence of your child. Children are being raised without the knowledge of a bustling community of support or options because of conservative groups, and nothing makes them happier than to hear you blame the drag artists and not them.

This is an issue against the queer individuals that have laid the foundation for the pop culture and have worked for generations just to feel accepted.

Why did Rainbow StoryTime, a Denton Public Library event where books read by librarians on being free to be who you are, get canceled due to safety concerns less than a year ago, despite no mention of transgender identities or drag artists?

If this was an issue of protecting children, then what is being done for the estimated 1.8 million LGBT+ youth that seriously considers suicide each year and attempts once every 45 seconds?

The root of this issue is that disliked minority groups are often stereotyped as representing a danger to the majority’s most vulnerable members. In this case, drag artists are the boogeymen praying on the majority’s children. These attacks on drag artists, although systemically rooted in hatred toward the queer community, are the next contemporary battle in the war of queer culture, not the nation’s next generation.