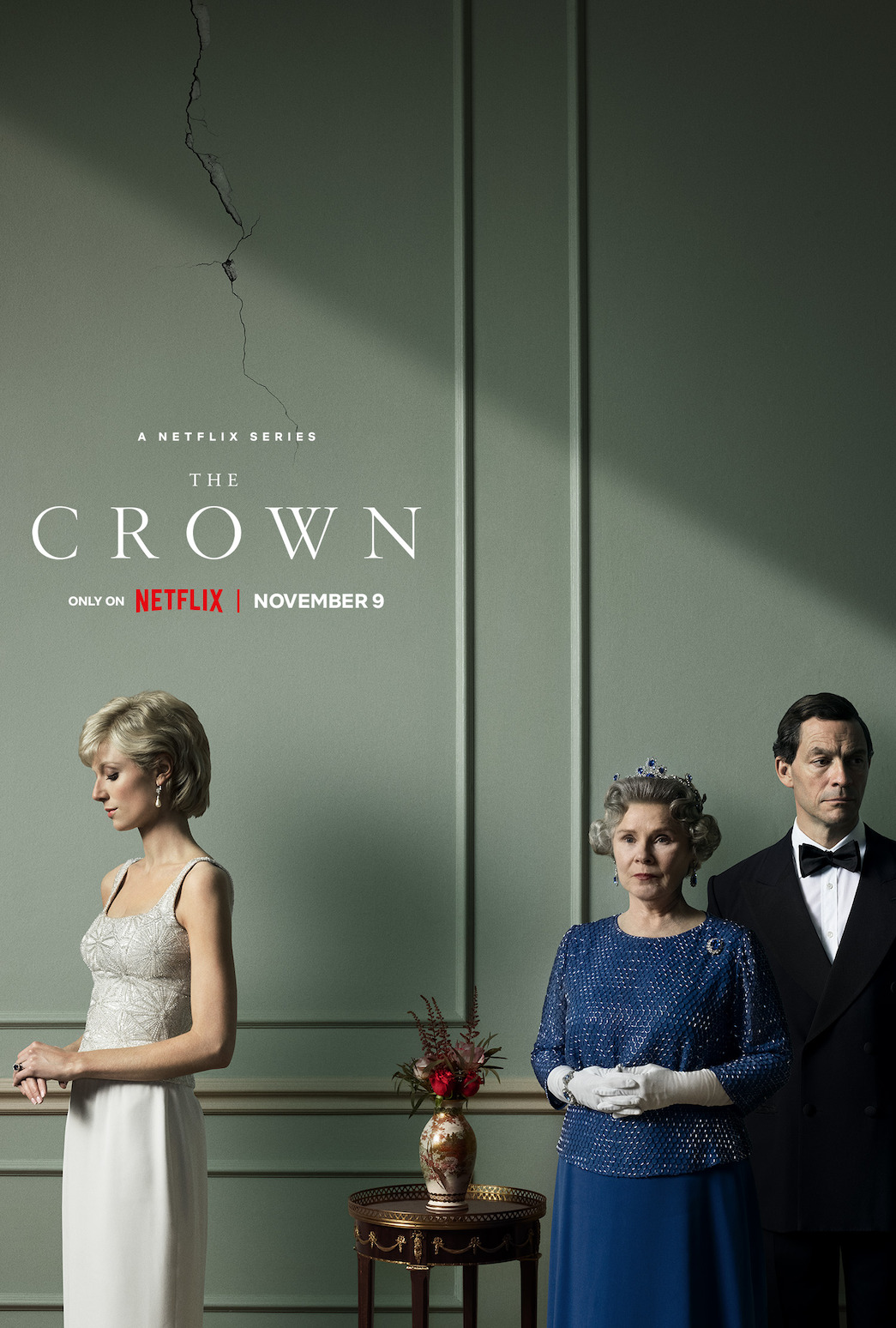 Review: “The Crown” portrays dramatic era of the Royal Family

After halting filming production in order to show respect for Queen ElizabethⅡ’s death, Netflix’s “The Crown” was released on Nov. 9. This season of “The Crown” enters an intense, dramatic era of the real-life British Royal Family’s scandalous history during the 90s that will leave viewers with a variety of emotions once they finish watching the last episode.

Following the introduction and breakdown of Princess Diana (Elizabeth Debicki) and Prince Charles’ (Dominic West) fairytale marriage in season four, this season shows the events leading to the inevitable end of their once-celebrated union, as well as the reveal to his affair with Camilla Parker Bowles (Olivia Williams). Debicki and West’s chemistry as the real-life prince and princess was good, but it did not feel right when Princess Diana towered over Prince Charles because, in real life, they both shared the same height of 5 feet 10 inches.

Debicki’s version of Princess Diana feels as if she really is the late princess whenever she is seen on the small screen because she bows her head down, the solemn expressions that she showcases through her eyes and even the soft, sad tone of her low voice, it feels as if Princess Diana is really there through Debicki’s performance.

West’s version of Prince Charles is not as convincing as Debicki’s portrayal of Princess Diana. For one, his physical appearance is extremely different from the real-life prince’s because at the time, Prince Charles had a slim figure, whereas West had a slightly broader body structure, making it hard to believe that the audience was seeing the prince on the small screen. Another reason that West’s portrayal of Prince Charles is not as convincing is that West looks older and wiser, while the prince had a youthful, shy look, despite being in his late 40s to mid-50s during the 90s.

The storyline for Queen Elizabeth (Imelda Staunton) this season takes a different approach because her internal and private struggles are shown. The first scene of this season opens with a younger version of the queen in the British ship, Britannica, then fast forwards to an elderly queen, reminiscing about her younger years. This season for the queen is even more emotionally straining as she deals with the failed marriages of three of her children, a fire at Windsor Castle and even a possible affair that her own husband, Prince Philip (Jonathan Pryce), may be having.

Staunton’s version of the queen is very convincing and makes the audience feel like they are watching the queen on the small screen. The way that Staunton keeps her head high, walks and speaks in a stern, authoritative manner the same way that the late queen did, shows that she portrayed the queen in a convincing manner. Although, some Harry Potter fans may have a hard time differentiating Staunton’s performance as the queen from her previous performance as Dolores Umbridge in the Harry Potter films because both characters have a similar wardrobe, hairstyle and tone of voice.

Pryce’s version of Prince Philip could have been better due to his physical appearance. For one, Pryce looks older than the real-life prince looked like during this time period, making the portrayal less effective. Most importantly, whenever he and Queen Elizabeth are in the same room, they do not share the same chemistry that they shared during the last four seasons.

This season of “The Crown” was a great one and better than the previous season. It helped the audience relate to the British Royal family and show that they are human just like the rest of us. However, the showrunners could have done a better job of choosing actors that look similar to their real-life counterparts.