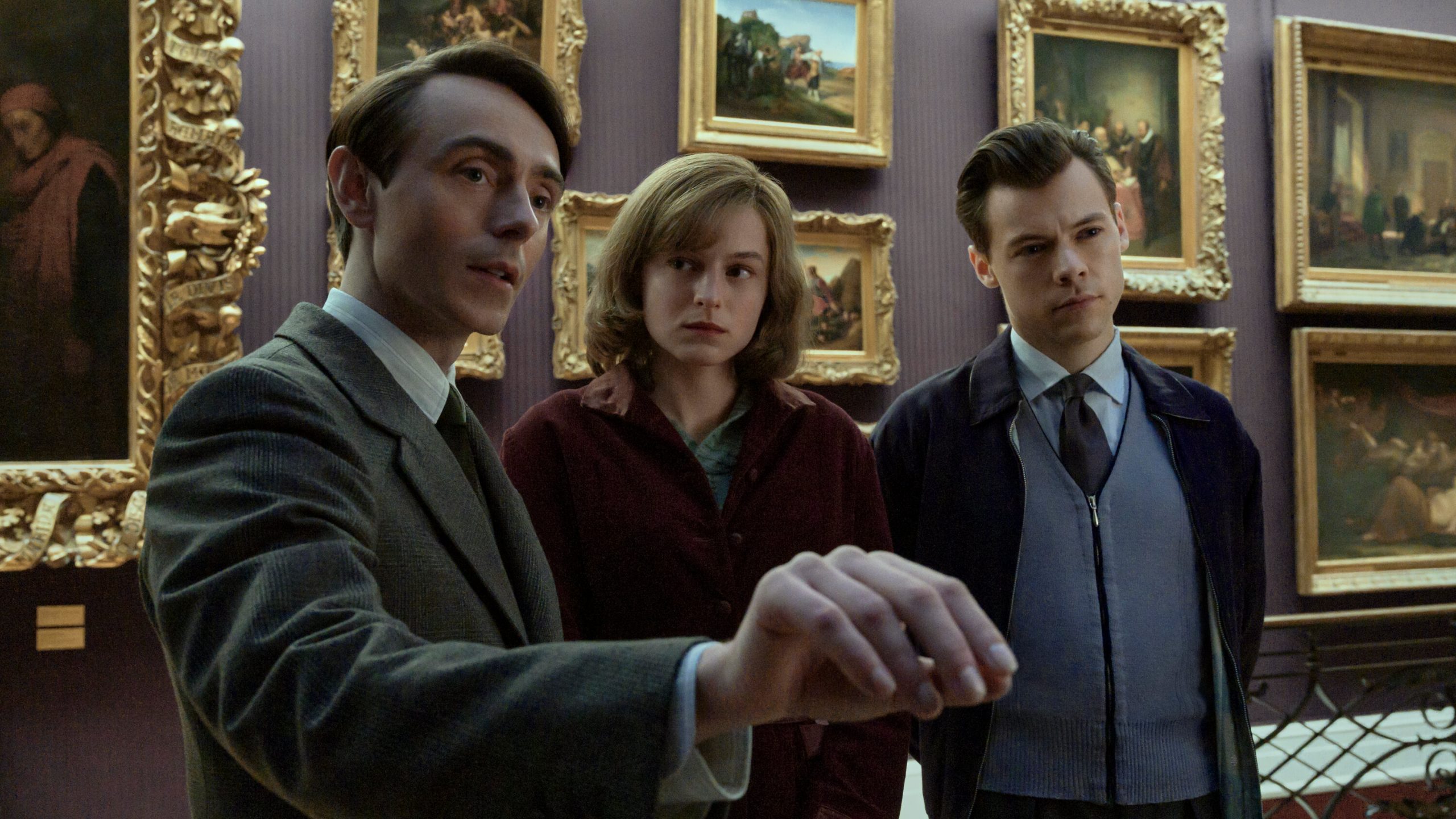 Review: “My Policeman” glorifies violence against LGBTQ+ during the 50s

“My Policeman” used star power to promote a movie with a stagnant plot and unnecessary glorification of the anti-LGBTQ+ violence from the 1950s.

“My Policeman,” directed by Michael Grandage, was released Oct. 21 and is based off of Bethan Roberts’ book by the same title. The film flashes back and forth between the past and the present explaining the love affair between the characters Tom Burgess and Patrick Hazlewood along with the complications of marriage and homophobia.

The film was sought out to be revolutionary for the queer community, but it did not deliver. While it lacks in various areas, the cinematography makes the film worthwhile. The filming took place in iconic locations in England and Italy such as Brighton, London and Venice, and the vivid scenery associated with these sites did not disappoint. The different shots and their color schemes served to portray the ups and downs of the time.

However, after adding on names such as Harry Styles and Emma Corrin, anticipation for “My Policeman” grew, but ultimately it lacked the star lust people expected. Harry Styles’ acting career is a whirlwind of surface level roles with no effort needed, and “My Policeman” offered him the opportunity to show emotional depth and understanding, but the movie had no standout performances.

Aside from the mediocre performances, the plot did these actors no favors. The plot had little to no movement and scenes became confusing. There was no distinction between the past and the present, and for a majority of the movie, it is hard to understand how the two timelines connected.

The movie’s most engaging scenes were either based around sex or LBGTQ+ hate crimes. The sexual scenes between Tom and Patrick offered little to no emotional range and at times drew at greyness of consent. The scenes highlighting the rampant homophobia of the 1950s offered no repercussions for the perpetrators and no emphasis on the immorality of those acts. These two aspects combined twist and misrepresent the beauty and complexity of LGBTQ+ people and their relationships.

The film is clearly a representation of the LGBTQ+ community made for heterosexuals. It offers fetishization and uses LGBTQ+ struggle for plain entertainment.

“My Policeman” had the opportunity to align itself with fellow iconic queer period pieces, such as “Portrait of a Lady on Fire” and “The Handmaiden,” but it failed. “My Policeman” is a superficial portrayal of queerness and lacked the performances needed for a film with such meticulous themes.