Suck it up, it is just a cup 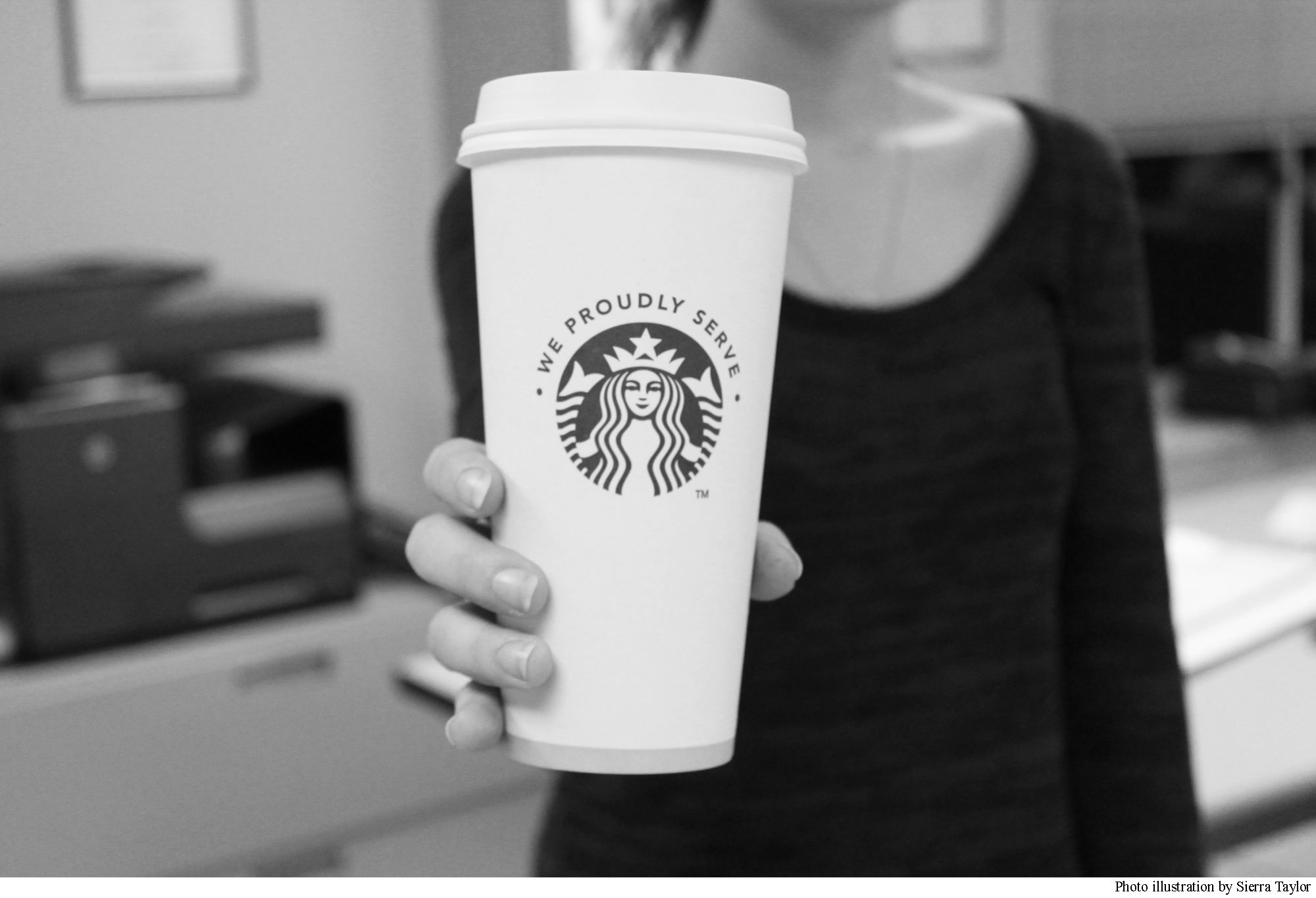 This month, Starbucks released their annual holiday cup in spirit of the upcoming holiday season that is creeping up on us just like the end of the semester, as I search Google for ways to pass a class in 4 weeks.

Last week, a video gone viral appeared in my timeline on Facebook of some gentleman holding the crisp and new red cup in his hand saying, “Starbucks hates Jesus.” In his absurdness, I kept scrolling after 15 seconds. I thought there was no way he could have been taken seriously. It wasn’t until I myself got my hands on the famous red cup while grocery shopping, did I think, “What is the big deal with the cup being simply red? Starbucks doesn’t hate on religions. It’s just a cup.”

As it turns out, said gentleman in the viral video was an evangelist and social media personality Joshua Feurestein of Arizona. Feurestein, also a former pastor, challenged Christians and fellow Americans to use the hash tag #MerryChristmasStarbucks to post selfies with their own red cups with “Merry Christmas” written on the side by telling the barista that “Merry Christmas” was their name. Since being posted on Nov. 5, the video has gotten over 15 million views and has received the support of Donald Trump to boycott our beloved coffee franchise (wait, what?), to put the “CHRIST” back in Christmas, and have America saying “Merry Christmas” again. Starbucks’s response? Well, #ItsJustACup.

Is this even a religious issue to begin with? Absolutely not! At least it wasn’t intended to be when the holiday cup design was decided on this year. Starbucks is not a company with a proclaimed denomination and has never been exclusive to specific religious groups, nor has it turned away any customer of a certain culture, religion, ethnicity, etc. Nor is America a country of one religion. What is it with a blank red cup that suddenly questions an extremely successful company’s mission? It was nothing; which is exactly how a lot of today’s arguments on social media and the Internet have been started lately. I myself am a devoted Christian and a lover of social media, but I do not agree with Feuerstein’s bombastic assumptions against the good ‘ol Starbs being haters of Jesus Christ and making a hash tag about it to “start a movement”. That went zero to a thousand too quickly, and unnecessarily (Drake wouldn’t approve).

So if it isn’t meant to be a stab at religion and Christmas, then what could the purpose of the red cup statement possibly be? Well, According to Starbucks CEO Jeffrey Fields, #TheRedCup was inspired by previous years in how customers and baristas alike will create drawings on the cup, and Starbucks even had a contest for this in the past. So, the purpose of #TheRedCup is to inspire customers to think of the cup as their blank canvas for customers to create their own holiday story, enforcing the “simplicity and quietness” of Starbucks’ overall environment during the Holidays.

With this all being considered, if Feurestein wants to make a movement against Starbucks and their assumed hatred for Jesus, be my V.I.P. guest. Because the more people that he can manage to drive away from Starbucks, the happier I will be to stand in the now shorter lines to get my hands on a venti peppermint mocha.  So thank you, Feurestein. Thank you for making a nonexistent problem a trending story on Facebook, Twitter and everywhere else, coming up with a way to get the lines down for those who see #TheRedCup as a cup, know a religious issue when they see one, and love drinking the Starbucks Christmas Roast from our, as Ellen DeGeneres would call it, Satan Sippers.