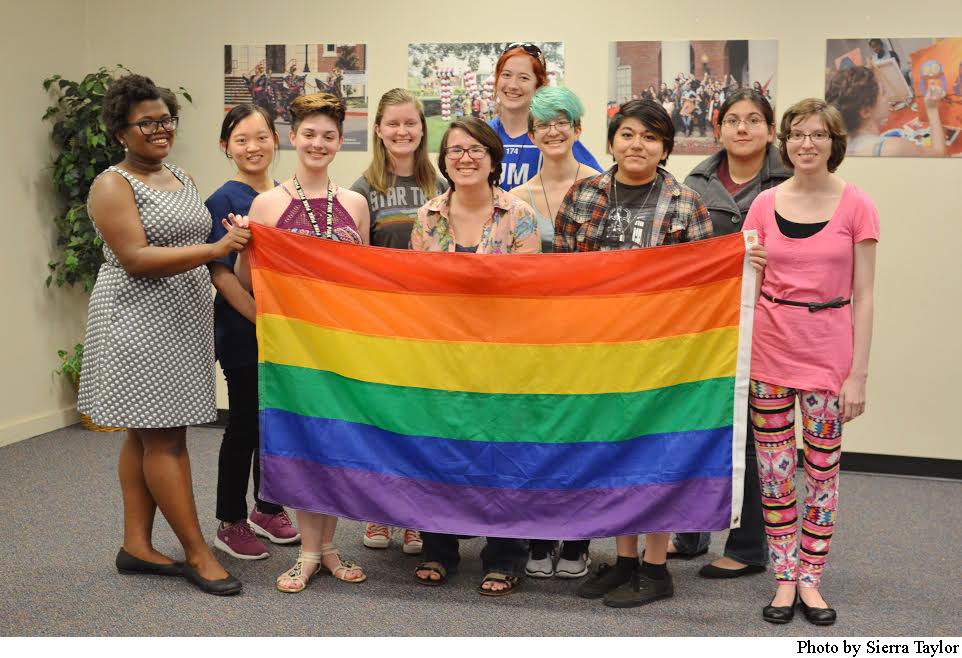 Joining clubs on campus is a great way to make friends, but for some, it is a way to find out who you are and where you belong.

According to its website, PRIDE is the student organization for gay, lesbian, bisexual, tansgender, questioning, queer or any other sexual orientation or gender minority, and their allies on TWU’s Denton campus.

In 2000, Assistant Director of Counseling Services Dr. Carmen Cruz founded PRIDE, but later the organization lost momentum in 2013 and no longer held meetings. When PRIDE president and sophomore mathematics major Jacole Elliott came to TWU in her first year in 2014, she said she immediately noticed that there was not a place she could go get plugged in and makes friends that she knew were not going to judge her.

Elliott shared: “I knew I needed to fix that. A lot of incoming freshman are coming from a background where they can’t really express their sexuality or be a part of the LGBTQ community where they are coming from. In college, you really need that to grow and explore who you are independently.”

Elliott was the president of her high school’s gay-straight alliance club, so she said it seemed automatic that she would join the same type of group on campus. She said she immediately started filling out paper work to get the group going again.

PRIDE treasurer and  junior Interdisciplinary Education major Katelynn Sparks explained why this organization is important to TWU and its students: “It’s really hard to find a community in Texas with how conservative everyone is, this group builds a community for the LGBTQIA on campus. It’s really important because a lot of these kids are struggling just to be accepted in their families.  We are just a place to express yourself that allows you to do so.”

PRIDE meets every Monday evening from 4:30 – 5:30 p.m. in room 113 in the Student Union. On March 7, the organization is holding a Speed Dating event to have fun and give students a chance to meet new people.

Elliott said: “This is a chance for someone to get to know someone better that they’ve seen at the meeting but never had the courage to talk to. But we are hoping this event brings out new people. If they come out to this event and get a chance to make a new friend, they are more likely to come back to a meeting.”