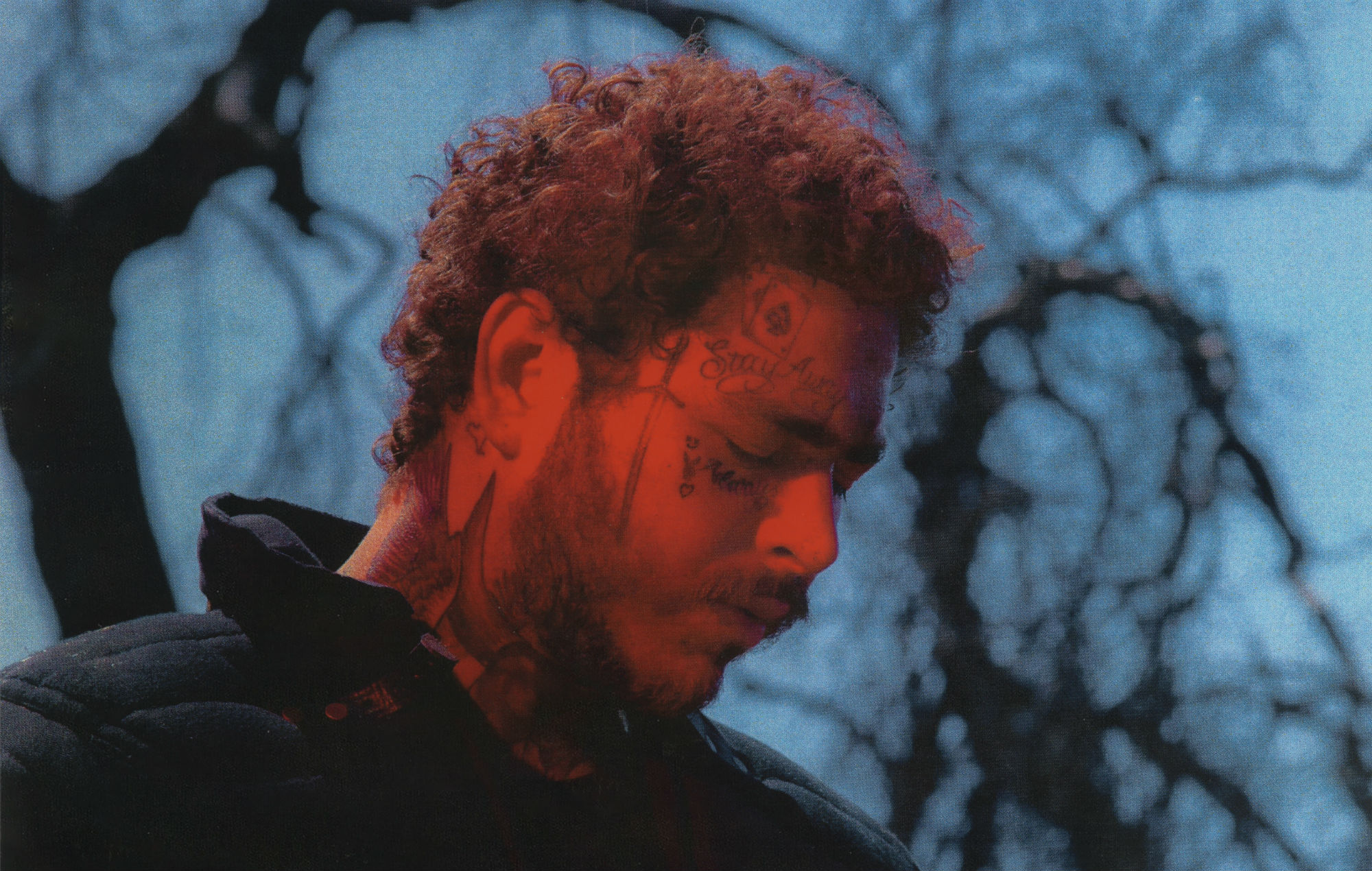 Maintaining the steady rhythm of flaunting riches and fame, Malone doesn’t shy away from pushing aside his outermost persona and delving into a more vulnerable and personal sound. Themes of optimism and self-assurance veer between insecurity and betrayal that find their way back to the final nonchalant and relatable assertion of “let’s not give a f*ck.”

Malone invites an array of featured artists to collaborate including Ozzy Osbourne, Halsey and SZA, but makes the most significant stylistic trades on his own with solo tracks such as “Allergic,” “A Thousand Bad Times” and “Circles,” which are all cohesively arranged one after the other. If it weren’t for Malone’s distinct vocal color as the album’s main identifier, one might think they’ve accidentally landed themselves on the alternative pop radio station.

Impressively, the album disguises the looming matter of heartbreak and despair behind its head-bopping bass stomps and catchy beats. Songs like the titular “Hollywood’s Bleeding,” “Enemies” and “Take What You Want From Me” all deliver less-than-cheerful messages of unfaithful relationships and feelings of being left behind. The chorus of “Hollywood’s Bleeding” well summarizes the tone of a portion of the record by admitting such defeat: “Was scared of losing somethin’ that we never found / We’re running out of reasons but we can’t let go / Yeah, Hollywood is bleeding but we call it home.”

Malone makes a bit of a surprising but satisfying sentimental intermission with the subtly romantic “Sunflower,” which was included in the animated film “Spiderman: Into the Spider-Verse.” With the help of fellow rapper and singer Swae Lee, “Sunflower” features both artists expressing a two-and-a-half-minute chord of heartfelt emotions that don’t get the advantage of appearing again on the album.

The addition of new and slightly odd-fitting genres interestingly works in the artist’s favor as it adds to the diversity of his discography and holds the potential to attract new audiences who wouldn’t otherwise listen to Malone’s music.

Though a little difficult to catch at first, the fluidity of ideas between the 17 tracks on “Hollywood’s Bleeding” create a convincing illusion that somehow makes the concepts of the songs blend smoothly. However, the brief cut to its few stylistically different songs kind of offsets the musical direction of the album. This makes the record, as a whole, not a personal everyday listen, but a great collection of songs to enjoy individually.

Overall, “Hollywood’s Bleeding” brightly shines a luring perspective on Malone and his artistic abilities while broadening the public’s future expectations of him and his music. As said by Malone himself “I’m goin’ hard ‘til I’m gone.”