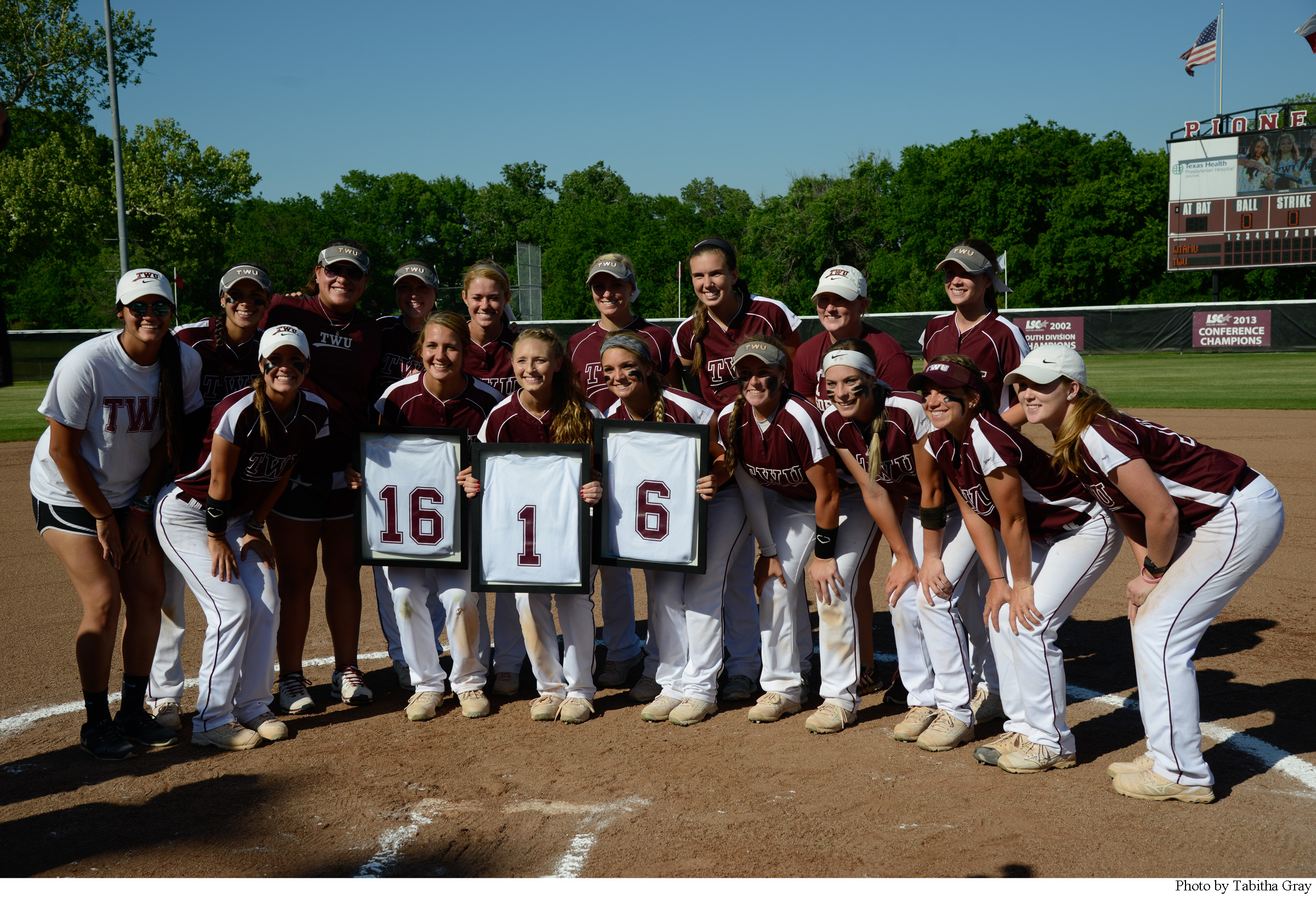 Last weekend, the Pioneers wrapped up Lone Star Conference play with a four-game series with No. 1 West Texas A&M University that took a total of approximately 12 hours to complete. WT took advantage of last inning rallies to sweep the Pioneers.

During the first game on Friday, April 22, the Pioneers had a great 4-0 lead over the Lady Buffs. Throughout the game, the lead changed from inning to inning. After completing regular play, the teams were tied 6-6, prompting an extra inning. In the top of the eighth inning, the Lady Buffs scored three unearned, unanswered runs, winning the game 9-6.

The second game on Friday was scheduled to begin at 7 p.m., however due to the previous game, the first at-bat was pushed back to 9 p.m., and it lasted through 12 a.m. In the top of the first inning, the Lady Buffs rallied with a 4-0 lead, which was answered with two runs from the Pioneers in the bottom of the inning. During the sixth inning, the Pioneers took advantage of two hit-by-pitch RBIs from junior right fielder Logan Polasek and junior shortstop Nicole Nordie to tie the score, 6-6. Ultimately, the Pioneers dropped the game 13-7.

During the first game on Saturday, April 23, the Pioneers had a late start defensively,  waiting to score until the fifth inning. During the sixth and seventh innings, the Pioneers overcame a 5-1 deficit to tie the Lady Buffs 5-5 and to go into extra innings once more. Junior pitcher Katie Hickey was .2 innings away from tossing the complete game, recording a career-high of 8 strikeouts. During the second game, Senior center fielder Tealey Farquhar, Nordie and Junior first basemen Katy Stephens recorded one stolen base apiece.

There was an astounding attendance of 449 (not including all of the four-legged fans) during the second game on Saturday to watch the No.1 and No.2 seeded teams in the Lone Star Conference face off. In the top of the fourth inning, the right fielder for WT Brittany Cruz hit a two-run home-run, putting the Lady Buffs in front with a 4-3 lead. However, sophomore Alexis Elizondo hit her first solo home-run of the season off of the first pitch of her at-bat during the bottom of the fourth inning, bringing the Pioneers to tie the game 4-4. In the bottom of the last innings, the Pioneers ultimately fell short, 8-7.

Between the Saturday games, TWU honored Farquhar, Senior left fielder Laura Mabary and Sophomore Sydney Hester during a ceremony to recognize their families and to celebrate their years spent playing softball at TWU. Hester will forgo her final years of eligibility in order to attend TWU’s nursing school in Dallas.

Head coach Genny Stidham shared, “I think it has been a pretty good season, I can’t complain. We have taken most of the series, except for two. We have made a lot of mistakes, but even with the mistakes, they have come back and they fight until the end. I guess, all-in-all, that is all you can really ask from them.”

The Pioneers will head to Canyon next weekend for their 13th Lone Star Conference Championship Tournament appearance. They are seeded second and will receive a bye for the first round. The Pioneers will face the winner of Cameron University and Midwestern State University during the semifinals at 4 p.m. on Friday April 29. The Final game will be on Saturday, April 30 at 4:30 p.m.