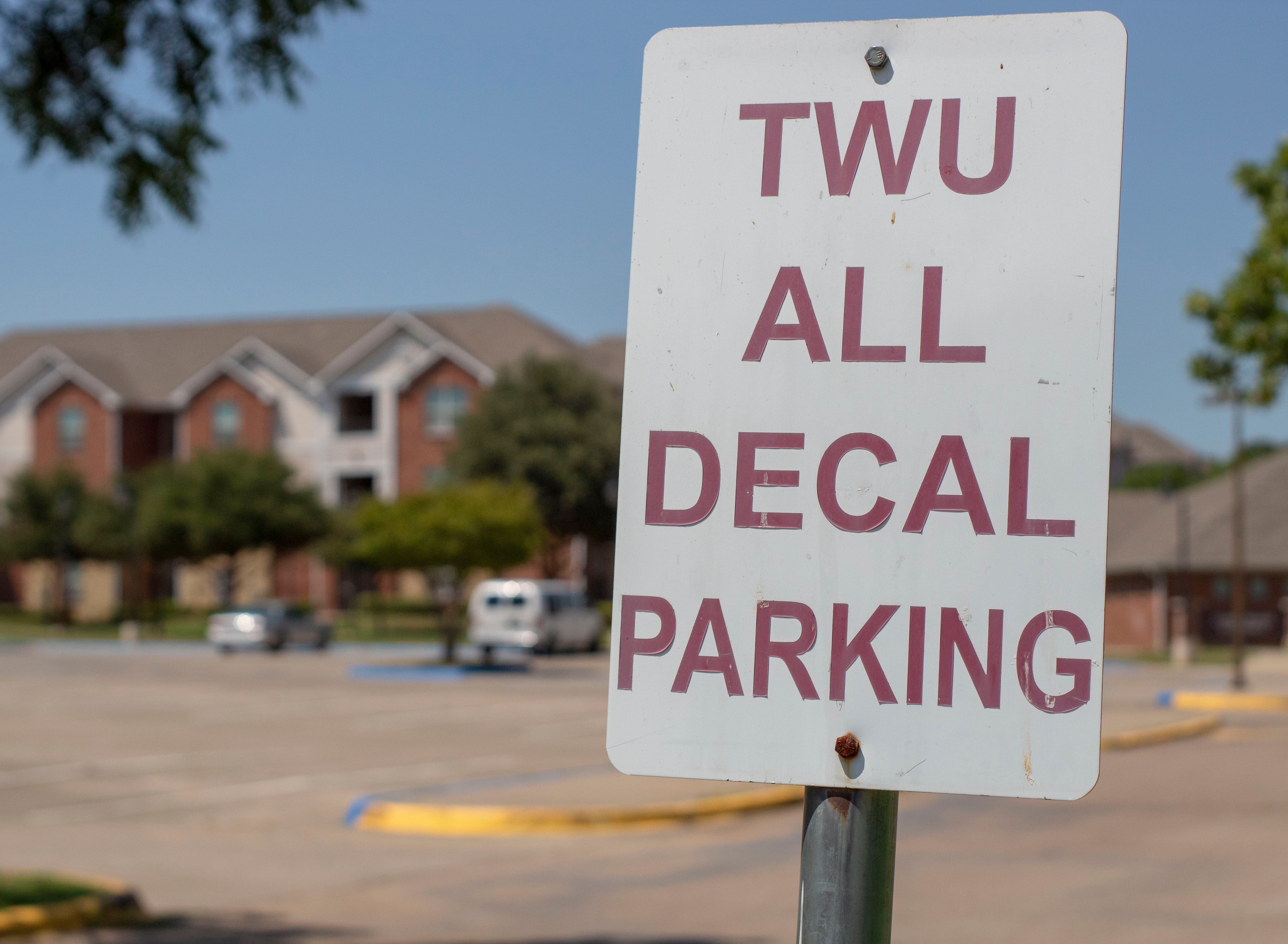 A Google Form petitioning Texas Woman’s University for “safe commuter parking” gained over 900 responses in less than four hours earlier this month before being removed by administrators.

TWU students Abigail Beard and Carli Varble created the form after receiving an email about parking changes for the fall semester, including the rezoning of the Lowry Woods lot on the northwest side of campus from all-decal to resident-only parking. Varble emailed the petition Wednesday, Aug. 7, to students attending the Denton campus via TWU’s mass-mailing list, Listserv.

Varble said she received an email from vice president of Student Life Monica Mendez-Grant several hours after sending the petition telling her administrators had taken the form down. By that time the petition had gained 930 responses, and Varble said she continued to receive emails from students.

“There are a lot of people who emailed me personally and said, ‘thank you for doing this, this needs to be done [and] this is an issue we need to talk about,” Varble said. “Obviously, there’s a large portion of students who feel they’re not heard when they complain if they do reach out.”

Mendez-Grant, who is listed as a moderator, said Varble’s email was approved before being thoroughly reviewed and later taken down because it did not meet the university’s standards for using the Listserv.

But Beard and Varble say they fear the administration may have been trying to stifle dissent regarding the changes.

“It seemed like they were trying to silence the voices of students,” Beard said.

Beard and Varble, student employees who say they often work until after 9 p.m. in the Blagg Huey Library and park in the Lowry lot behind the building, say walking across campus to an all-decal or commuter lot after dark threatens their safety.

“Now we have to either walk down Oakland Street for some of that parallel parking if it’s open [and] if we manage to get there,” Varble said. “Or [we have to] walk across Bell Avenue and even further to one of those all-decal lots or the faculty-commuter lot, and that’s terrifying in a place that’s not well-lit, and that has criminal activity because something could happen to you and nobody could see it.”

Beard and Varble say they and other students concerned about the parking situation on campus first reached out to Marcus Wenzel, manager of TWU Parking, Communications and Public Safety Technologies, who sent out the email announcing the parking changes.

After referencing TWU’s policy that allows students to park in resident and faculty/staff lots after 4 p.m., Beard said Wenzel stopped responding, which led to them creating the petition.

Beard and Varble doubt moving their cars after 4 p.m. will be easy because they say many residents have no reason to leave in the evenings. Although they say the lots at Denton Bible Church and on Frame Street do help combat commuter overflow, they worry they may not have time to find a spot on campus before the shuttles that take students to the remote lots stop running at 6 p.m.

Jason Tomlinson, vice president of Finance and Administration at TWU, said adding more resident spaces is necessary because around 740 students who previously lived in off-campus housing the university sublet are moving into residential housing this fall. Tomlinson said since these students will now qualify for resident parking passes, there will be less competition for commuter spots.

The university is also spending $4.5 million to build another residential lot behind Parliament Village, which will feature 517 spaces and open in the fall.

“That’s 517 cars that used to park in commuter lots that’ll no longer be parking in commuter lots,” Tomlinson said. “Between that and the free parking at the church, you don’t need as many commuter spaces as you did before.”

Tomlinson said changing the Lowry Woods all-decal lot to resident-only and the all-decal lots near the tennis courts, new soccer field and Pioneer Hall to faculty/staff and commuter – a new delineation that varies from the separate FS and commuter lots and re-designates 623 spaces – results in a net increase in parking spots for commuters.

But students say there is not enough on-campus parking to accommodate the more than 5,800 commuters on the Denton campus in 2018, a number that has likely increased with total enrollment this year.

TWU’s Oakland Street Complex Garage also has space to house almost 600 vehicles, but many petition respondents say they cannot afford passes, which run $350 yearly for an unreserved space and $525 for reserved. Tomlinson, however, said the university already takes a loss on the permits they sell.

“The parking operation at TWU today operates at a deficit,” Tomlinson said. “The expense of our parking permits doesn’t cover the costs, so that’s one consideration that has to be looked at. Nor does it cover maintenance – some of our lots are in disrepair, so it’s about looking at the total operation, which is what we’re doing now.”

As for security, university administrators say TWU is among the safest U.S. universities, and students concerned about getting to their vehicles safely can request an escort from the TWU Department of Public Safety.

“The university’s Department of Public Safety offers a courtesy escort service anytime to university individuals requesting safe transport, including after shuttle operating hours and to remote lots on University Drive or at the Denton Bible Church,” Samuel Garrison, executive director of Public Safety, said in an email to The Lasso.

Administrators also say they are working on installing cameras, Wi-Fi hotspots and more lighting in parking lots, beginning with new lots. Varble and Beard say Mendez-Grant and Tomlinson told them in a meeting Tuesday they were considering running golf-cart shuttles to the remote lots at night.

Tomlinson said the parking committee is still evaluating the parking situation on campus and will reconvene in the fall.

Disclosure: Amber Gaudet is a former co-worker of Beard and Varble.

Featured image: A sign reading “TWU All Decal Parking” marks the entrance of the recently rezoned Lowry Woods lot at the Texas Woman’s University in Denton, Texas, on August 16, 2019. The lot was rezoned to resident-only parking, but the university has not yet replaced the signs. Photo by Amber Gaudet.