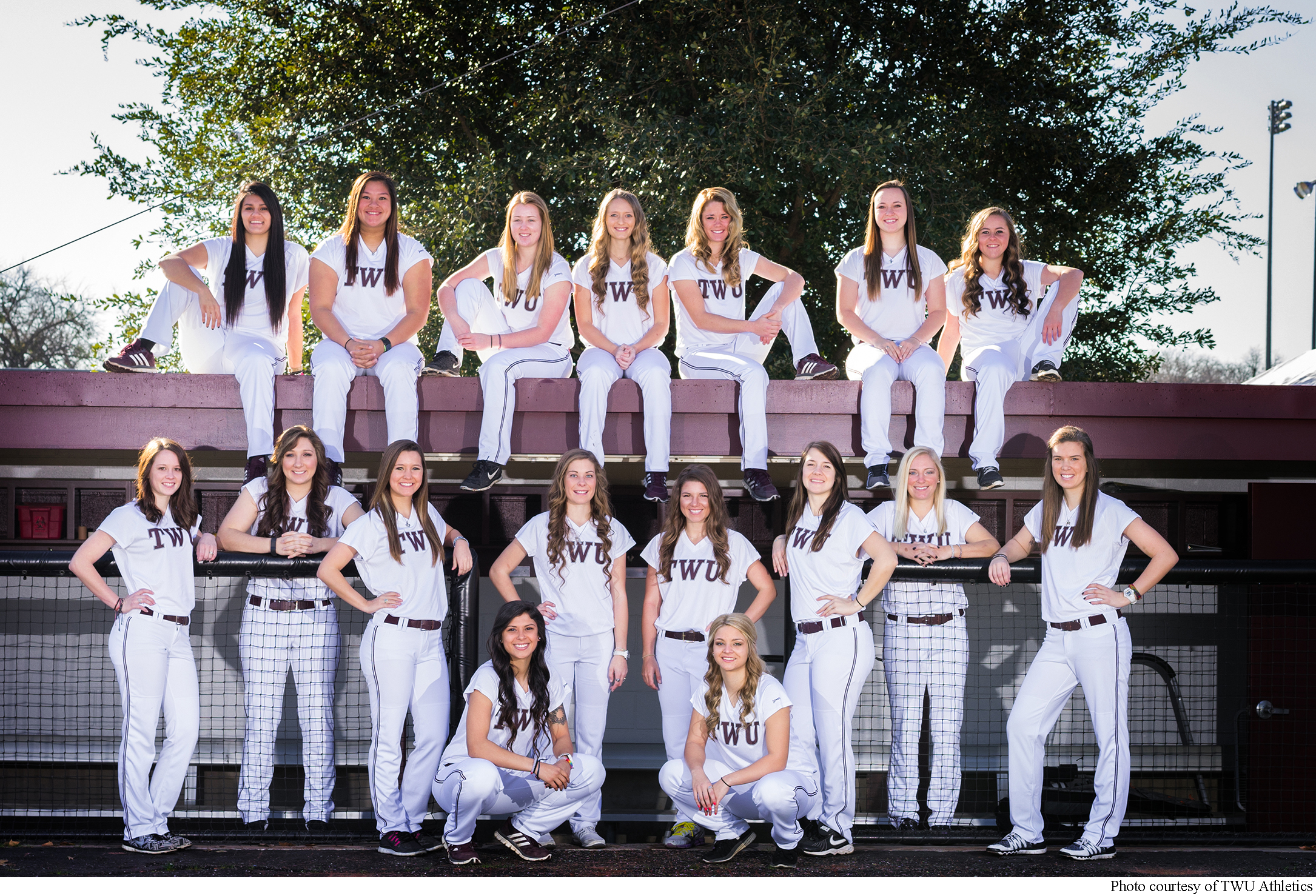 Slappers change the game for the 2016 season

The Pioneer softball team kick started their season with a 9-7 preseason record and currently have a four-win-streak.

On Feb. 28 the Pioneers will host St. Edward’s University during an opening double header. The Pioneers are set to open conference play on Friday March 4 and Saturday March 5 at Tarleton State University.

Junior outfielder Logan Polasek leads the team with a .444 batting average and .469 on-base percentage. Head Coach Genny Stidham said: “Polasek is leading the way in the offensive category. She is a slapper and is really quick.”

Senior outfielder Tealey Farquhar and junior infielder Morgan Harrison lead the team in stolen bases with 10 a piece. Stidham said: “Farquhar has been outstanding at the plate. She is usually our leadoff hitter and she covers a lot of ground.”

Junior pitcher Tori Bice was named as the Lone Star Conference Softball Pitcher of the Week for the second time of her career. Bice has a 2.07 ERA and 31 strikeouts for the season. Stidham added: “Tori has had a couple of no hitters, and we have pulled her out a couple of times to kind of rest her, and everyone is asking ‘why are you pulling her out?’”

According to Stidham, the atmosphere and chemistry within the team is remarkable. She said: “They are a good group of girls. They understand teamwork, loyalty and discipline. The last couple of games, it hasn’t been about one particular person; they all have each other’s backs. I am so fortunate to have so many girls that understand and buy in.”

Junior pitcher Hailey Dixon added: “We are pretty competitive against each other and against other teams. We push each other, and we are all really supportive of each other.”

Dixon’s main goal this season is to throw strikes and trust her defense to get outs for her. Dixon said: “I am excited to see how well we do and to see how everyone plays against us because no one is going to be expecting our slappers to be as fast as they are.”

Senior catcher and utility player Laura Maybary shared her thoughts and goals for the season. She said: “My personal goal is to keep a positive head on everything and know that my teammates have my back if I have a bad game, and I have a team that’s going to be there for me.”

She added: “I am excited to see how far we go. Our team is a little different than it was last year, and the teams we play may not be expecting a slapping game, so we will use that to our advantage.”

In the past two seasons, the Pioneers have set the record for the most home runs posted in a single season. However, this season it is a different game. Stidham said: “It’s a little bit different than the last two years. We are playing a lot of slapping and stealing bases.” The Pioneers currently have 55 stolen bases from the first 16 games, whereas last year they had only 49 stolen bases on the season.

She added: “We have a lot of speed. At any point in time we can have six slappers in the line up and most of them hit from home to first base in less than three seconds. We try to push runs across the plate, steal some bases and have a good bunting game.”

Reflecting on upcoming conference play, Stidham said: “There is not a team in the Lone Star Conference that can’t play with anybody on the field. They are all tough opponents and we have to play our game every single time.”