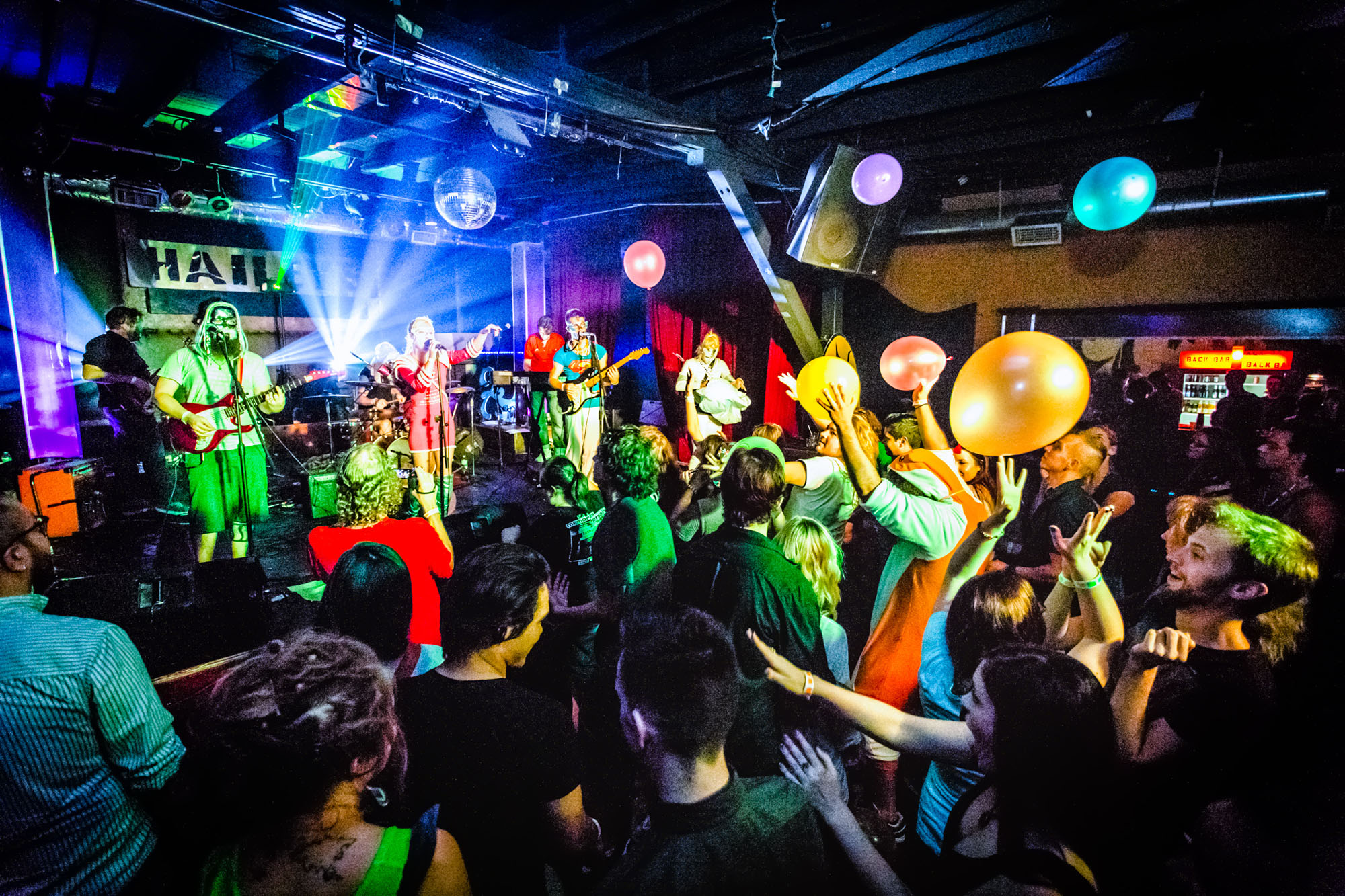 Local Band Aspires to the Stars

STARPARTY’s concept was modeled after Daft Punk’s film “Interstellar 5555”, which the band projected behind them on stage during their first live performance at Abbey Underground. However, the projection of the film, the black lights, along with their trademark masks, created an effect STARPARTY was not expecting.

Violinist Sharla Franklin shared: “We thought if we wore all white and have white masks, we’d become invisible and blend in with the movie. What ended up happening was that there were a lot of black light so it popped us out.”

Pianist Andrew Miller explains that the lights, costumes and masks are essential to the stage presence and energy of STARPARTY. The band performs various covers, including Daft Punk, along with some of their own original songs such as “Beam Me Up” and “Modela Galactica.”

Miller mentioned: “We try to create a production, an audio visual experience. All of our original material comes together to form a narrative of an intergalactic drama of love, beauty and outer space dancing.”

STARPARTY performs in various venues throughout Denton and Dallas, including Sundown at Granada. Apart from creating a memorable live experience for their fans, the band also has a concept album in the works. Ultimately, though, the members of STARPARTY enjoy performing together as a tight-knit group of musicians who aim to improve upon their art.

Franklin shared: “We’ve played enough now to where we can kind of just look at each other and know when we’re gonna start jamming.”

Miller stated: “Playing in the band for a few years now has given me the opportunity to try and understand what makes cool music cool. I have some idea, but that’s the art behind it. That’s the really challenging part.”

As STARPARTY moves forward, they do not forget the support of the photographers and their Denton fan base. Overall, STARPARTY is a unique experience that Franklin describes as a “party in space.”

She concluded: “I don’t think you can really replicate what we create because we’re just such a tight-knit close group of friends, and we would just like to keep growing as far as we can. We enjoy doing what we’re doing, and we’re not going to stop so it just depends how far it goes. Aspiring to the stars.”