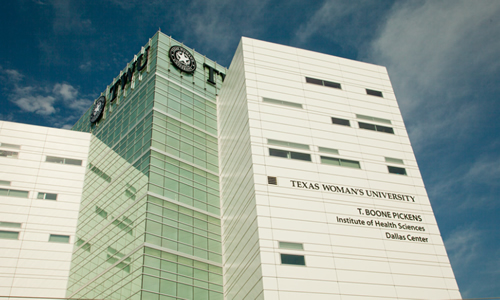 Fear of the disease permeates the region

*Originally printed in the October 8, 2014 issue of The Lasso*

Tuesday, Sept. 30, Thomas Duncan of Liberia was found to be infected with the Ebola virus at the Texas Health Presbyterian Hospital of Dallas, marking the first time the virus had been diagnosed within the U.S. The news struck fear into the hearts of many Dallas residents, as well as many Americans, as numerous individuals have been tested across the country. In each case, no one within the country’s borders had been infected.

However, to add to the horror of the initial story, the family with whom Duncan was staying has been kept in isolation, and up to 50 other people who had had some form of physical contact with the man were being monitored by the Center for Disease Control. The CDC is monitoring each individual and ensuring public well-being, and a USA Today article confirms “the CDC said that only 10 of the nearly 50 people thought to have had contact with Duncan carried even a moderate risk of contracting the disease and that none of them had shown any symptoms as of Sunday.”

The article also notes that Duncan’s health has worsened over the weekend and that he will be administered an experimental treatment. According to USA Today, experts believe the drug will be limited in its ability to improve Duncan’s condition.

fifty-two-year-old homeless man Michael Lively who rode in an ambulance after Duncan was located Sunday, Oct. 5. Lively is among the 10 individuals of “moderate risk” for becoming infected with Ebola, and his disappearance during the initial panic additionally fueled public fear. However, if Lively had not been found and had indeed contracted the virus, the chances of his spreading it would be limited.

Director of Student Health Services Dr. Constance Menard explained via email: “The risk to another person is fairly low. Ebola transmission requires that the individual has fever of 101.5 [F] and additional symptoms such as severe headache, muscle pain, vomiting, diarrhea, abdominal pain or unexplained hemorrhage, and this sick individual would have to pass their bodily secretions to another through direct skin or mucus membrane contact. The disease is not passed through the air, and simply walking past a patient infected with Ebola will not spread the disease.”

Ebola is spread through the bodily fluids of infected individuals who are experiencing symptoms, according to Menard and countless news sources that have been covering the virus’ status in the US. Menard credited the U.S. high standards of living for curbing the spread of the Ebola virus. She elaborated: “It [is] less likely for the average person to come in contact with someone with Ebola. There is more clean water here and more medical supplies so that infectious waste can be properly disposed of and be less risky to others. Hospitals are better equipped to have patients in isolation, and they have appropriate personal protection equipment to protect medical workers who are in contact with affected individuals.”

Dallas and the surrounding areas are at minimal risk in regards to Ebola’s spreading beyond Duncan and the family with whom he stayed. With this in mind, residents are advised to remain cautious but calm.

TWU assistant professor in the Department of Sociology and Social Work Dr. Jessica Gullion related via email: “I think it is important to maintain a balance between being aware and prepared without causing undue anxiety.”

Gullion compared the public’s reaction to Ebola to its reaction to the swine flu. She explained: “Influenza A H1N1, often called ‘swine flu,’ was a new strain of influenza, and people working in public health did not know how virulent it would be, so there was a similar attempt to isolate people who had been exposed to try to keep the disease from spreading.”

According to Gullion, the public’s panicking only adds to the problem. Gullion said: “This sort of fear can do the opposite of what we want — it can keep the virus in circulation. People who might be infected may be afraid of getting help. They have seen what happens to Ebola patients and their contacts on the news — the family of the patient in Dallas was removed from their home and is under armed guard. People may be afraid to come forward because of that. Fear also prevents healthcare workers from helping out. The people most likely to get infected are healthcare workers. If healthcare workers are afraid to come to work, there is no one to take care of the patients.”

She added: “There are reports coming out of the impacted countries of the shunning of children who have been orphaned because of Ebola. People do not always understand disease mechanisms and may worry that these contacts are infectious even when they aren’t.”

For more information about the Ebola Virus, visit http://www.ccle.gov/vhf/ebola.