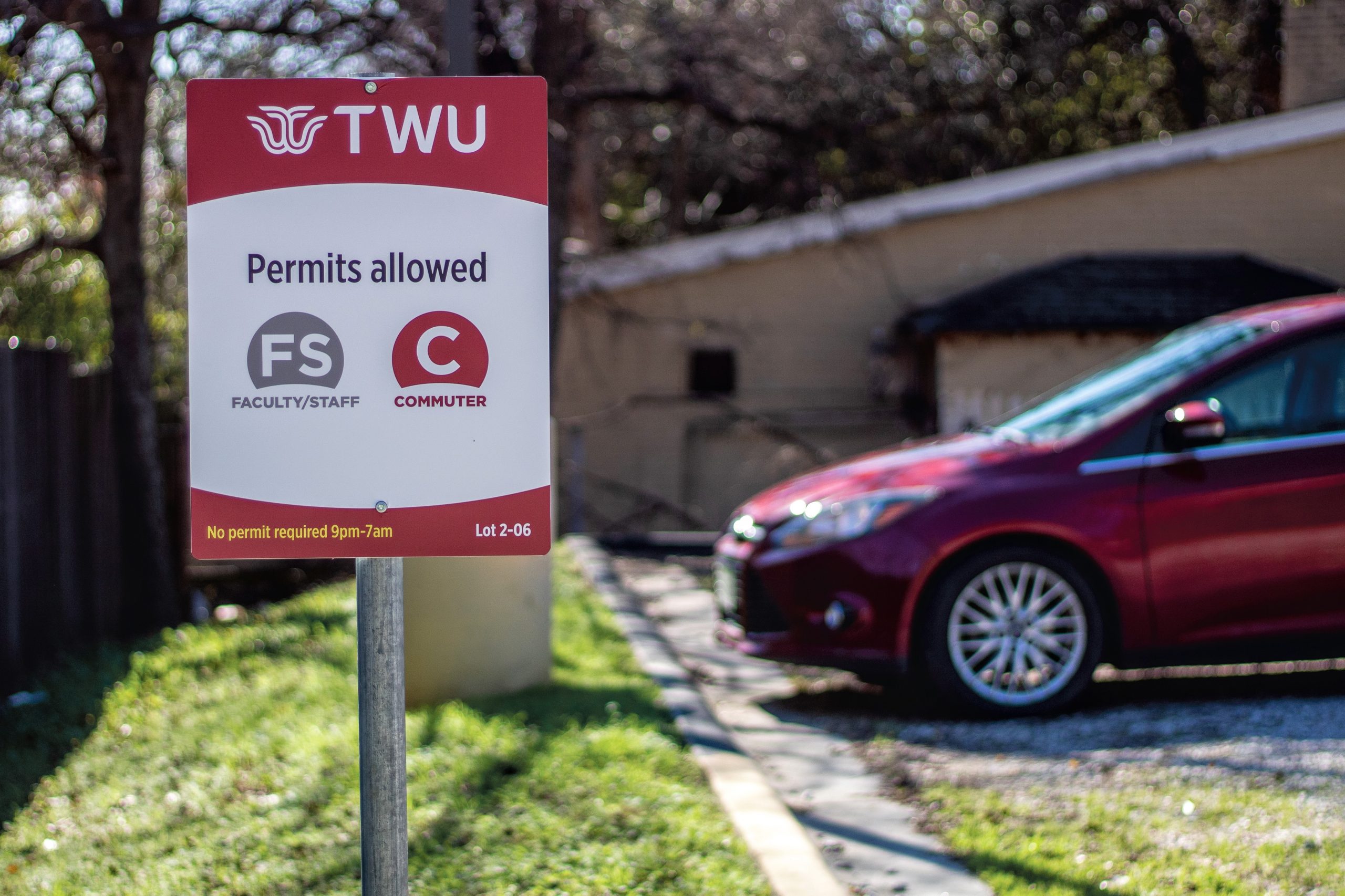 As students settle into a new semester, they have a new round of parking changes to contend with on the Denton campus.

The Department of Student Life sent out a newsletter to students’ emails Jan. 13 to announce that the all-decal lots, which were previously open to anyone with a current parking decal, will now be open only to faculty, staff and commuters. The affected lots include those by the dining hall on Bell Avenue; on Vine Street, next to the Multipurpose Classroom Laboratory; on Schultz Avenue, across from the Undergraduate Science Laboratory; and on Texas Street, next to the Fine Art building. Between the lots and street parking along Oakland Avenue, approximately 477 spots have been rezoned.

Jason Tomlinson, vice president of Finance and Administration, said the changes have been in the works since last semester. The rezoning is part of the master parking plan put in motion with the construction of the $4.5 million, 517-spot resident lot built near Pioneer Soccer Park in fall 2019.

“We estimated how many people would be in the dorms and that’s how many spaces we created between Lowry and the new parking lot in order to take care of the resident students, and there’s not a need any longer for having the all-decal crossover,” Tomlinson said.

While the university sells more commuter parking passes than there are spots – as is typical of most universities – Tomlinson said that’s not the case with resident lots.

“All of our other lots we oversell,” Tomlinson said. “The residents’ lots we’re not really overselling, so while you may not get the exact same spot, you should always have a spot in case you have to go out for work or groceries.”

Some residents, however, think the changes will compound what they say is already a serious problem created by limited parking.

“I don’t like that because we residents already have a lot of trouble finding parking,” first-year nursing student Isabella Tiu said. “We have Lowry but, like, that’s still not enough for us. We barely have any — there’s two big commuter ones, and sometimes I don’t even see them be filled up.”

Commuters, on the other hand, said they are looking forward to having less competition in the rezoned lots.

“That’s awesome, because I know last semester, the changes in parking were crazy,” finance senior Jackie Morales said. “I think it will help, especially those that commute from far away.”

Still, for students unhappy with the current parking situation on campus, Tomlinson said the university is considering more options. Among the recommendations made by the parking committee in November are daily rates for the parking garage and an opportunity for residents to also buy commuter permits.

Tomlinson said the changes under consideration are currently being discussed with student leaders and have not been finalized. More detailed information on permits and parking maps is available at https://twu.edu/parking/.

Featured image: A new sign marks what was previously the all-decal lot on Schultz Avenue as faculty, staff and commuter parking only. The lot is one of four that residents no longer have the option of parking in as part of the change, which took effect January 13, 2020. Photo by Amber Gaudet.