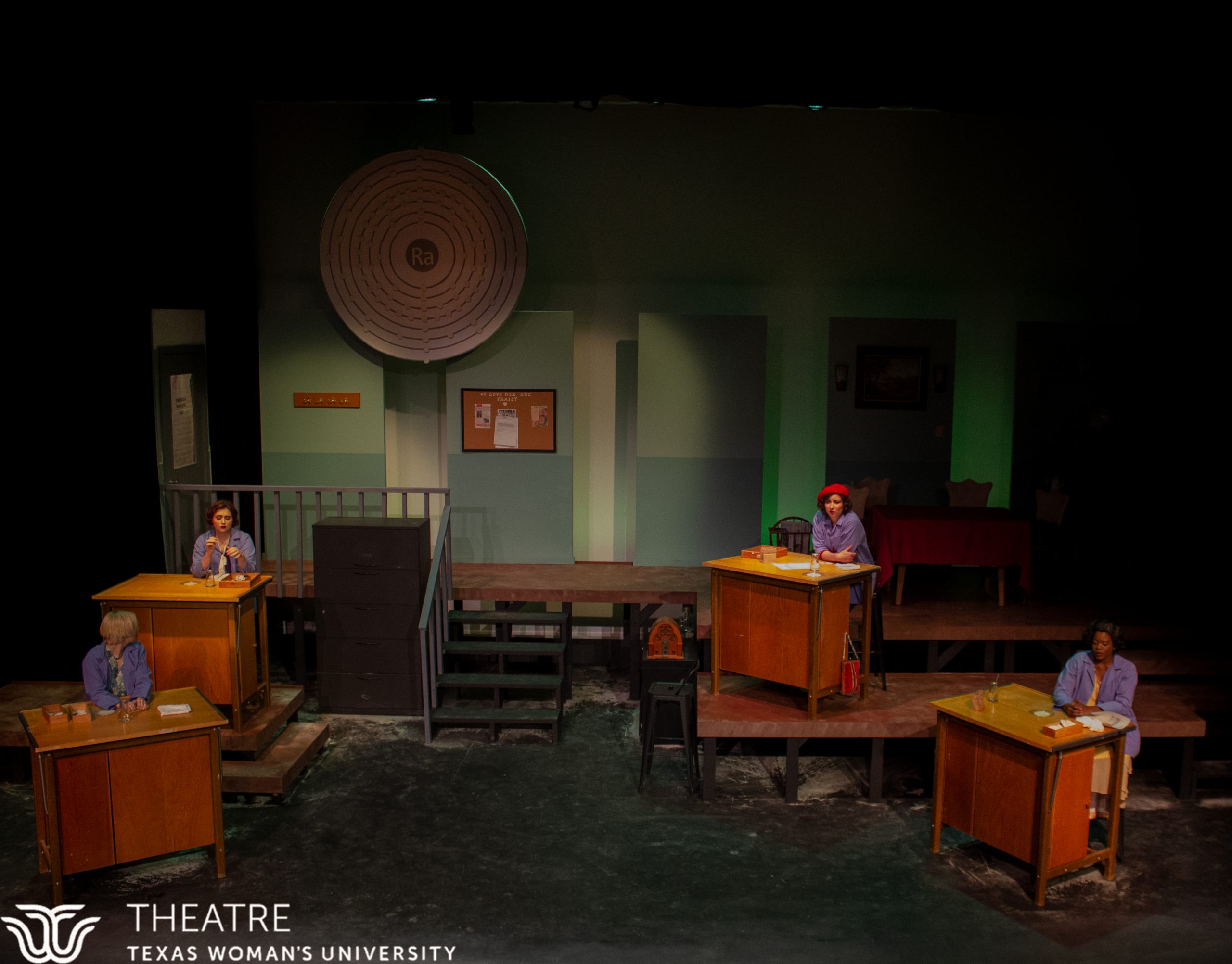 ‘These Shining Lives’ irradiates pioneers of the past

More than 80 years after winning a landmark Illinois court case, the story of five female pioneers is illuminating the stage at Texas Woman’s University Theatre.

Running from Feb. 12-Feb. 16 with special guest directors Susan Carol Davis and Sharon Barnhill, “These Shining Lives” is a female powerhouse, showcasing the blue-collar women who pioneered workplace rights after suffering radiation poisoning at the hands of a watchmaking corporation. Known as the Radium Girls, women from factories in three states sued employers after being exposed to radium in lethal amounts in the 1920s. Focusing on the story of four women from the Radium Dial Company in Illinois, “These Shining Lives” explores love, empowerment, and the things time robs of us all.

The production features Hannah Lanai Fuller as the waifish Catherine, a wife and mother of two who worked for Radium for nine years and was at the center of the lawsuit against them.

The production presents a simple split-stage set, with half serving as the Radium workplace where the girls spend their days painting watch dials and half as Catherine and Tom’s home, where intimate and heartbreaking moments of joy and loss are shared around the couple’s dining table.

With no intermission, the play itself seems to exist out of time, asking audience members to forget these women as figures of a distant past and reexperience the sexism and classism that haunted them as they fought for a justice workers still benefit from today.

Blanketing everything is the eerie green dust of time itself, a substance at times beautiful, always toxic and utterly unshakeable.

Though Fuller’s portrayal leaves something to be desired at the beginning of the show and the strong performances of supporting cast members sometimes outshine her,  she eventually finds a rhythm of sorts, delivering a tear-jerking monologue at the close of the production that prompts a standing ovation from members of the audience.

The production’s strong premise, moving story and strong supporting cast make the performance a success. With the clout of two directors who boast a combined laundry list of accolades in the North Texas art scene, the performance lives up to the high expectations one would expect from the pair.

Toward the close of the performance, Catherine tells the audience how, after seven appeals she emerged victorious in 1938, changing Illinois law and winning over $5,000 in damages. She died three weeks later, weighing just 65 pounds.

Through tragedy and hope, “These Shining Lives” reminds us that time, iridescent, is always finite, asking too much of our fragile bodies but illuminating each of us for a brief, beautiful moment of eternity.