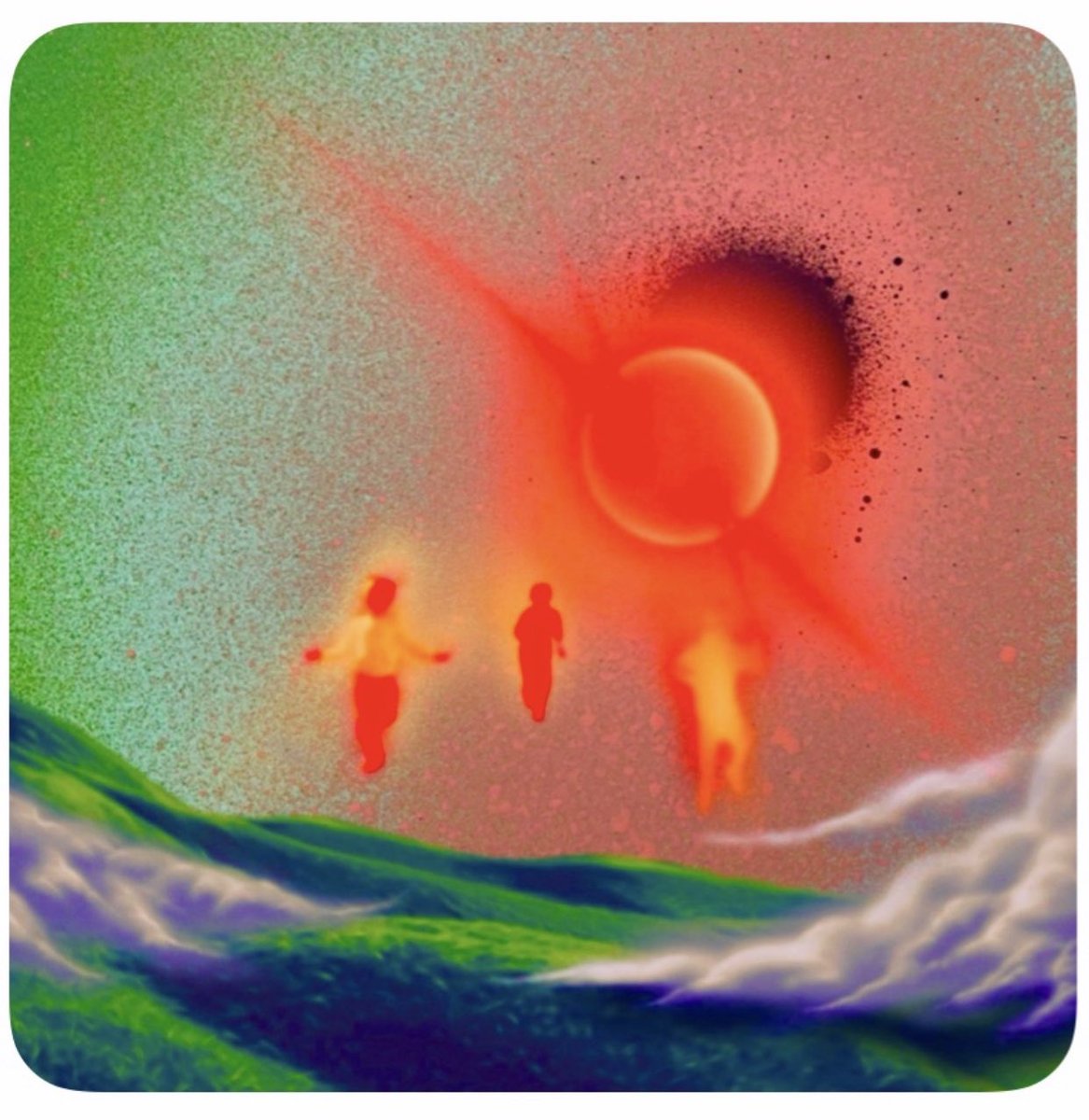 After a couple turbulent years, countless controversies and one canceled project after another, Chicago-based rapper Kanye West’s tenth studio album “Donda,” has arrived. Although a bloated behemoth of a record with too much filler to sustain itself completely, it delivers on a number of hard-hitting hits, beautiful rap & gospel tunes and a brand-new, mellowed Kanye with a relatively small pool of duds for its size.

“Donda” marks the second installment of Kanye’s new direction in making non-secular, Christian rap, the first being the disappointing “Jesus Is King”—a humdrum album filled with dull gospel, its one saving grace being its relatively short length. The album is named and tributed to his mother Donda West, whose passing in 2007 largely affected Kanye’s emotional stability and altered the trajectory of his career. The grief spurred him on to produce records such as “808s & Heartbreak” and “My Beautiful Dark Twisted Fantasy” arguably contributing to his egotistical public persona. This persona became iconic for his own perceived god-like status and moments such as interrupting Taylor Swift’s speech at the 2009 VMAs.

As is common with all of West’s records, the events preceding the release of the album are nearly as important to understand the method of Kanye’s madness as the content within the record itself—purely for contextual reasons. There are songs dedicated to topics surrounding West’s life that happened only months prior, such as the deterioration (and eventual reconciliation) of his marriage with Kim Kardashian (“Lord I Need You,” “Come to Life”) and the rekindling of his long-living feud with Drake (“Ok Ok,” “Pure Souls”).

The record starts off on a stumble with the mantra of “Donda Chant,” a track that, despite many attempts to prescribe meaning with theories as absurd as the rhythm of the chant being the same as Donda West’s dying heartbeat, ultimately delays the momentum of the music with nonsense. Fortunately, the following tracks such as “Jail” are a significant improvement in quality, providing distorted guitar riffs, an electrifying reunion verse from long-time collaborator and legendary hip-hop figure Jay-Z, and a much more powerful mantra of “Guess who’s goin’ to jail tonight?” within the chorus. Tracks “God Breathed” and “Off the Grid ” bring the aggression with guest artists Fivio and Vory, pulling their own weight with strong flows and harsh words on top of abrasive beats. Additionally, tracks like “Hurricane” and “Praise God” succeed at introducing and integrating elements of gospel music with rap.

“Jonah” marks the transition from the sturdy start of the record to a lackluster middle; the weak, repetitive Vory hook and overall underwhelming sound a harbinger of the filler tracks to follow. Adding in “Ok Ok” and “Junya” complete the trio of mediocracy plagued by uninteresting subject matter, lackluster guest performances from the likes of Lil Yachty and Playboi Carti and underdeveloped instrumentals that sound like they were half-baked within the time span of the two weeks Kanye spent cooped up in a stadium. Tracks “Remote Control,” “Keep My Spirit Alive,” and “New Again” felt equally underdeveloped and unnecessary to the tracklist, though at least those were disbursed between much better tracks.

The middle of the record isn’t a complete drag, the track “Believe What I Say” samples Lauryn Hill masterfully to create perhaps the most groovy song on the record. “Heaven and Hell” has Kanye giving a strong performance on top of a heavy beat, and “Moon” has one of the strongest features on the album with Kid Cudi providing his iconic vocals and Don Toliver completing the tapestry with his beautiful singing. The two tributes, “24” and “Donda” stand tall as respectful, emotional epitaphs to loved ones lost and as pieces of musical art, “24” a reassurance that everything will be okay and God isn’t finished with hHis work. “Donda” is a touching ode to the woman that inspired Kanye the most, sampling excerpts from his mother’s address at Chicago State University. The colossal “Jesus Lord” is a feat of focused, religious faith and a track that captivates despite its run-time, with Kanye providing a verse that could rival Tyler, the Creator’s “WILSHIRE” in length and density. This song was supplemented by Jay Electronica and a moving outro provided by Larry Hoover Jr., son of the Gangster Disciples founder.

The worst track, “Tell the Vision,” comes and trips over itself near the tail-end of the record’s run-time. The Garage Band-esque backing instrumental and terribly-ripped Pop Smoke vocals, high-hats and all make the inclusion of this song an even more baffling choice than the sampling of “The Globglogabagalab” on track “Remote Control.” The sin of including “Tell the Vision” in the track-list is nearly forgiven by the track that arrives not even 10 minutes later: “Come to Life.” The gospel track is haunted by Kanye’s unbridled displays of emotion and reflections on the recent events that have filled him with melancholy. The track is also accompanied by a heavenly assortment of instrumentation that elevates the track to levels of greatness that rivals Kanye’s magnum opus “Runaway” from his MBDTF album.

Kanye still seems to be finding his footing with the non-secular direction his music has taken, evident by the clunky censorship of cussing on the album being substituted by silence. He seems to have rediscovered his passion for music again after fiddling with clothing lines and architecture. Though the record could have been cut off its underwhelming filler tracks and ended up with a much more consistent 12-track record, the project is an overall success, amounting to everything Ye’s disappointing last record should’ve been.