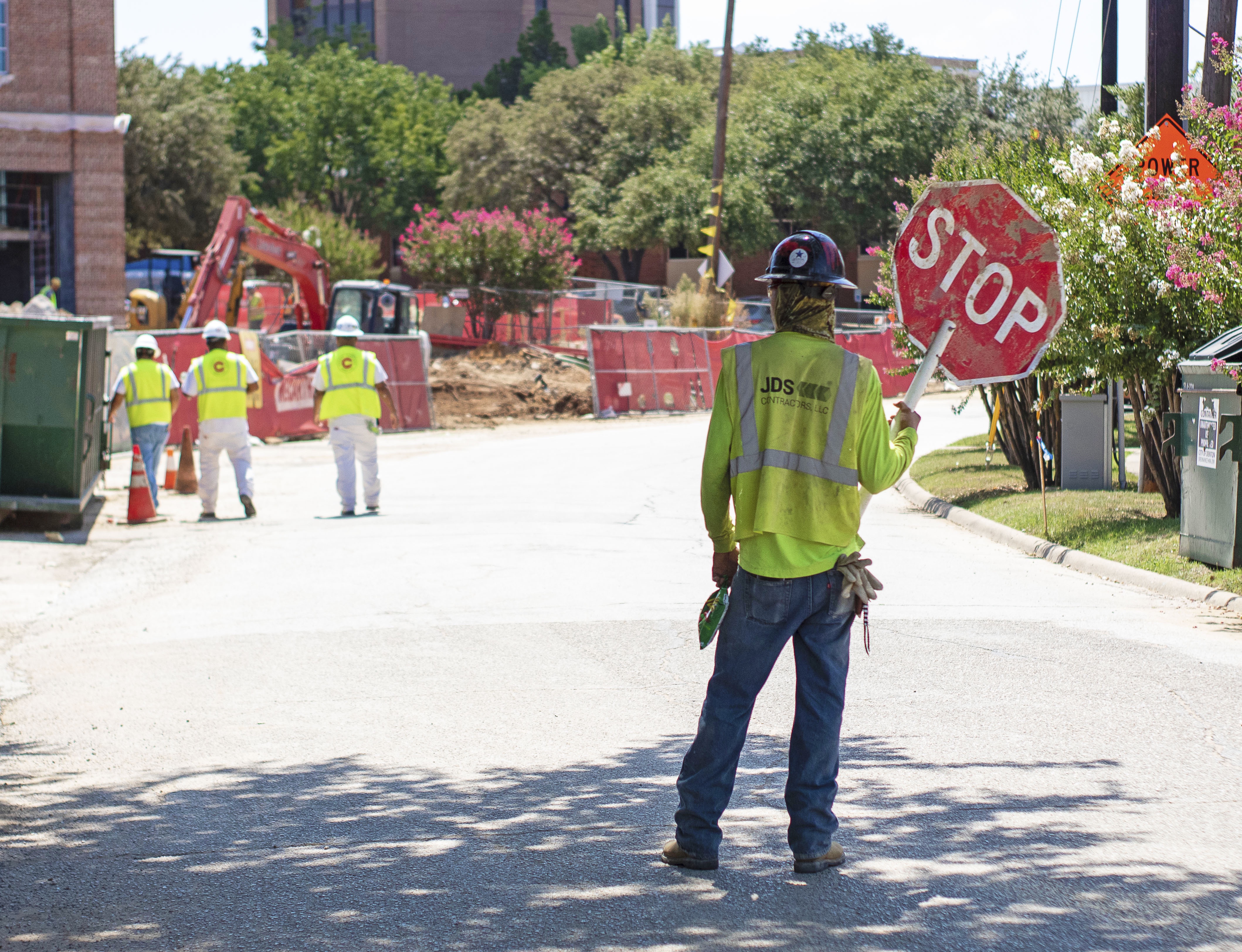 As a new freshman class settles in at Texas Woman’s University and another semester is ushered in this week, students say the changing landscape of the Denton campus has complicated what is an already hectic time of year.

The grand opening of Parliament Village Thursday was the first of many new construction projects that TWU administrators hope to complete over the next two years. Although some projects are wrapping up this semester, the university has new development projects set to begin soon and several ongoing renovations, which students say make navigating the campus – and the college experience – more difficult.

“It [the construction] has kind of made it a little bit difficult because we’ve had to come back several times,” Meesha Robinson, junior English major and transfer student, said. “We don’t know where we’re going, and other people don’t know where the new departments are.”

“I think that’s been a big problem,” Gonzales said. “We’ve been here while departments are moving and stuff, so no one knows anything, it seems like.”

Robert Ramirez, associate vice president of TWU Facilities Management & Construction, said the development is a necessary part of meeting the needs of the TWU community as it grows.

“A lot of those projects are coming to an end, which should provide a little bit of relief,” Ramirez said. “I know the last couple of years have provided a lot of activity [with] trucks [and] parking but it’s kind of like breaking a few eggs to make an omelet.”

With at least a half dozen more eggs to crack, though, students say they worry about the difficulties ongoing projects could create.

“I’m concerned since I don’t know anything,” Gonzales said. “I think that’s what I’m scared about – being detoured while I’m trying to get to class.”

TWU has more development plans in the works in the form of an $11.5 million sports facility that will house “existing soccer, softball and intramural programs as well as future competitive sports,” according to a TWU News press release.

Though the project is still in the design stage, Ramirez expects the athletics facility will be built between the soccer and softball fields with construction beginning in 2020, and the project approaching completion by June 2021.

While some students expressed concern that the expense of more future development projects like the athletics complex will be offset by increased tuition and fees, Ramirez said such initiatives have funding independent of student contribution, namely state appropriations and private donors.

Despite barriers, students expressed enthusiasm about exploring what new facilities have to offer.

“I would be excited to see it,” Robinson said of the new dining facility, which is expected to open in October.

Ramirez did not rule out more construction in the immediate future, saying university administrators will look to TWU’s master plan to assess ongoing development needs on campus and asking for patience from students as “growing pains” continue.

“Barricades and dust and bad roads can definitely weigh on people, but the expectation of the improvement is definitely worth the wait,” Ramirez said. “Things are just going to be getting better from here.”

Featured Image: A contractor directs traffic on Oakland St. in front of the new Hubbard Hall student union being built at the Texas Woman’s University in Denton, Texas, on Aug. 20 2019. Construction is expected to be completed in Dec. 2019.