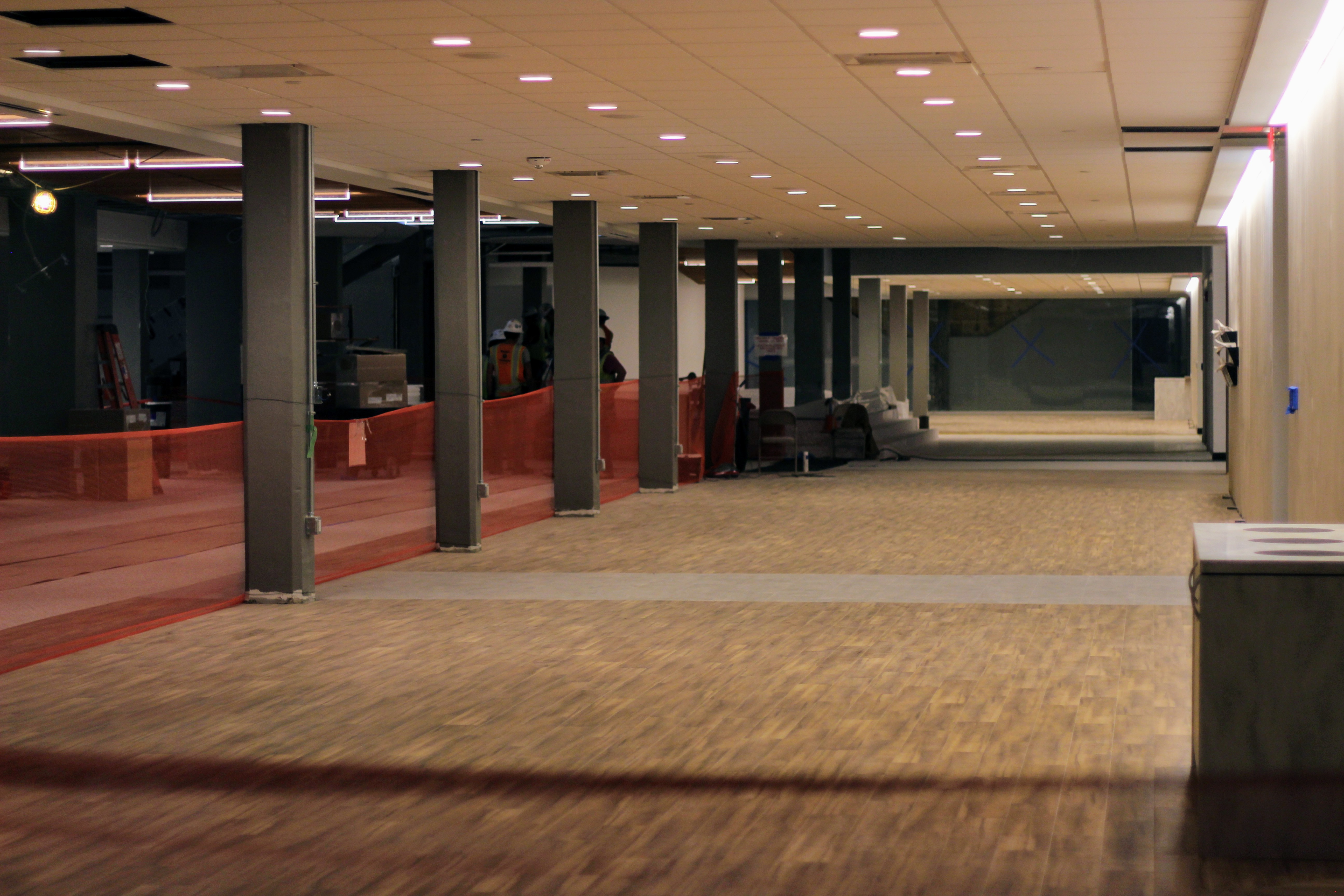 Inside look: the new student union

Texas Woman’s University’s Hubbard Hall has been under construction for over a year to transform into the campus’ new student union while the current union will become additional office space for the school and be called the Student Union Annex.

Scheduled to open next semester, the renovation of Hubbard Hall will include a full-service Chick-Fil-A, Qdoba, Uncle Tea’s Lab, which will include a lounging area, and the university’s newest dining option, Community Choice, which will offer a different variety of food options each semester. The existing Mary Eleanor Brackenridge Student Union is currently the site of the Student Life Office, Center for Student Development (CSD) and Campus Alliance for Resource Education (CARE) — the university’s resource center for commuters and non-traditional students. The CSD will move from the current union to Hubbard, and CARE will have a secondary office on the first floor of the new union. Some departments will also be relocating from other buildings, including the Center for Student Leadership, which is currently housed in Stoddard Hall, and Conference Services.

Director of Student Union and Conference Services David Sweeten said that the renovation of Hubbard Hall was designed based on student suggestions such as what food options and features they would like added to the new union. Student suggestions pioneered the addition of multiple gender-neutral bathrooms and lactation rooms, a meditation room and a quiet lounging area near the food court for those who want to eat while studying. The new build will also include a number of media, conference and multipurpose ballrooms as opposed to the six small rooms available for reservation in the current student union.

“We asked students what they wanted, and one of the things they responded with was wanting more space,” Sweeten said. “We made it so that the building can have the flexibility to have different kinds of space to do different kinds of things.”

Sweeten said he believes that the new student union will provide a number of new and exciting opportunities and activities for students.

“I’m really looking forward to the new union employing about 30 additional student employees,” Sweeten said. “There are also a lot of spaces in this new building that we don’t currently have that I think students will really like.”

Students such as second-year psychology major Jackie Medrano said they are also equally thrilled about the new union as its opening date approaches.

“I’m excited for construction to finally be over and all the new food options,” Medrano said.

Second-year pre-occupational therapy major Makayla Bonhomme said a new student union is just what the campus needs to freshen it up.

“The student union was due for an upgrade,” Bonhomme said. “I feel like the overall feel of the current student union is kind of outdated and little run-down.”

Sweeten said Brackenridge will continue to house the Office of Student Life and will most likely bring together services around campus like Career Connections and ID assistance, and put them all together in one building for better efficiency.

The December Pioneer Preview Day will be hosted in Hubbard Hall, making it the first event in the new student union before its grand opening celebration in February 2020. Until then, Sweeten said that the construction crew will be working hard to prepare the building for its first official guests.

The current student union will continue to run its services until the end of the fall semester.

Featured image: The open dining space will be filled with seats and tables across from Chick-fil-A and Qdoba at the new Student Union in Denton, Texas Thursday, Oct. 7, 2019. Photo by Sarah Pham.