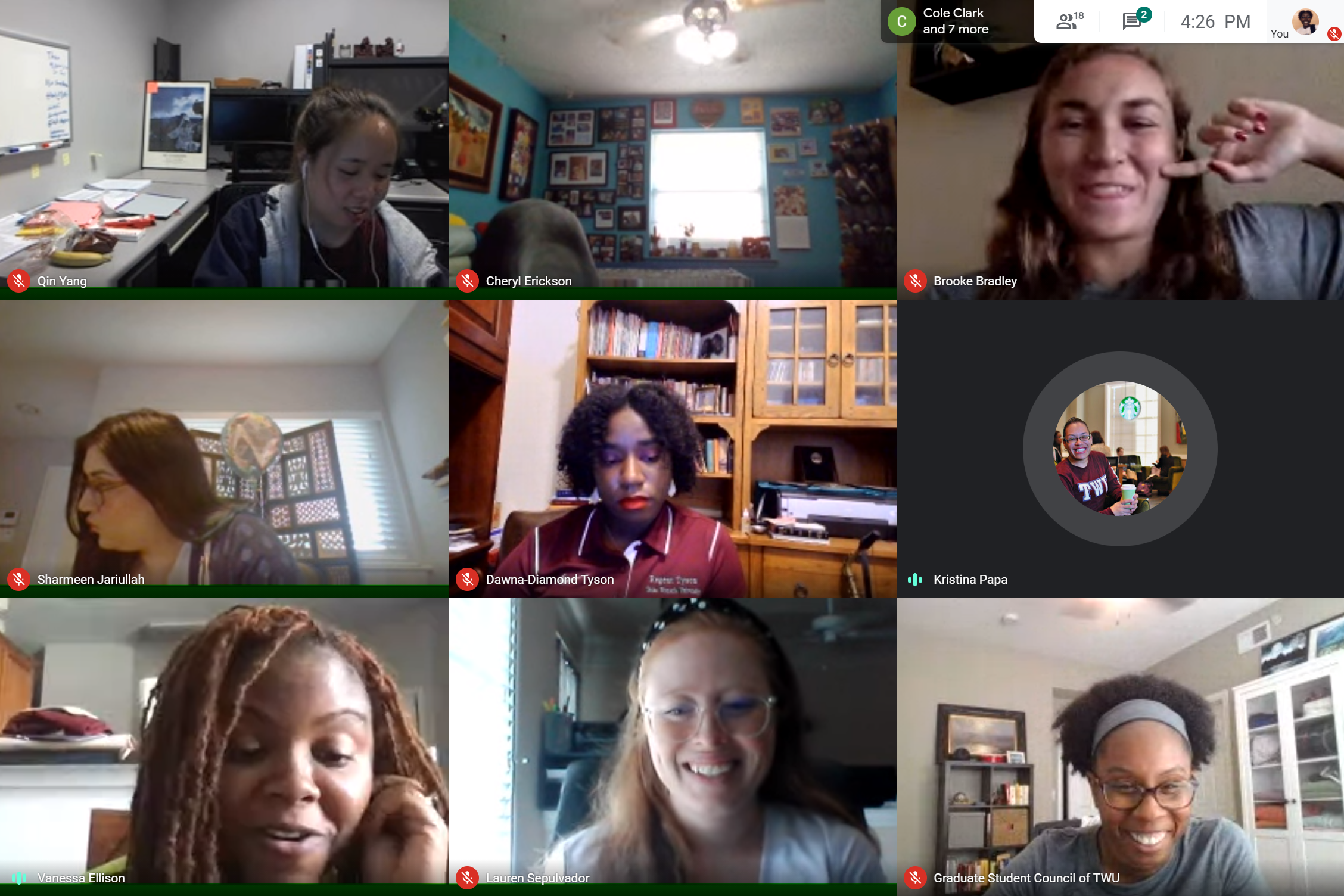 Senators from six of the eight colleges presented ideas for semester projects aimed at engaging students during the senate’s second bi-weekly meeting of the semester. Commuter senators Mia Franklin and Patient Taylu proposed finding a way to increase commuters’ choices for getting to campus, citing accessibility concerns they’ve heard from students.

“UNT[University of North Texas] has their busses that get students from apartments to campus,” Taylu said. “I’ve heard some of them [commuters] have to Uber to class or can’t find parking on campus, so they barely come. It would just be more convenient.”

The UNT Shuttle provides direct service on campus and to off-campus student housing through 12 routes. UNT has a partnership with the Denton County Transportation Authority which allows students to ride campus and Denton city buses without paying individual fees, since costs are included in the transportation fee students pay.

The fee also includes a partnership with Lyft for UNT students that need rides around campus between 2 a.m. and 7 a.m. when buses are not running.

Though DCTA does not have a dedicated TWU shuttle service that connects the university with surrounding off-campus housing, it offers campus service through Connect Route 6 in Denton and through the A-train, Green Line and connecting bus routes in Dallas. Students and staff must pay individually or purchase passes through DCTA.

While senators expressed enthusiasm for the idea of exploring similar options for TWU, the project would be a complex undertaking for the senate, executive vice president Aryana Peters said.

“I know for sure back when I was in senate we tried to do a similar thing, but it’s just the students at UNT pay for that [bus] service,” Peters said. “So that would involve us going to try to raise tuition rates which would be helpful, but not everyone is a commuter so that would be an issue that a lot of people would have.”

Senate adviser Caisha Jones said the project would involve raising fees rather than tuition since tuition funds are limited to academics, but it would still require consent from the larger student body to have money allocated for transportation options.

“You’d need to figure out how much UNT pays for their service and [find out] would that be a comparable fee TWU could pay, and then proposing that to the rest of the students,” Jones said. “Now if the students don’t want it, or they don’t want to pay for it, then that’s dead on arrival.”

TWU’s Graduate Student Council discussed their future events and plans for the spring semester during their first meeting of the semester via Zoom.

Led by President Shenavia Balcom-Luke, the council discussed important dates and brainstormed ideas for ceremonies and workshops including the Pioneering Spirit Awards, Graduate Student Appreciation Week and Graduate School Q&A Sessions. The council decided all events hosted by the GSC will be virtual both semesters.

“I know there have been people who are interested and ask ‘Oh, how can I get into the master’s program at TWU?’” Yang said. “We can have a session or create a resource list for people who want to know more because I think more students want to be active and participate in school opportunities.”

Balcom-Luke also announced a collaboration with professors Gretchen Busl and Sally Stabb for their first professional development event, which would focus on motivation and organization during the pandemic, the week of Sept. 28. Upcoming events with undetermined dates include suicide prevention training and the annual Travel Awards. Additionally, Balcom-Luke said that she, Busl and Stabb are planning drop-in writing sessions to happen six to seven times in the semester.

This year, the council anticipates an influx in applicants due to the likelihood of reduced costs for conferences and official functions now that things have been moved to online and travel fees will not apply. Plans on sorting through applications have been established and will be in session once the council receives enough applications.

For more information on the Graduate Student Council or to apply, visit https://twu.edu/graduate-student-council/.

Amber Gaudet can be reached at agaudet@twu.edu or on Twitter at amb_balam.