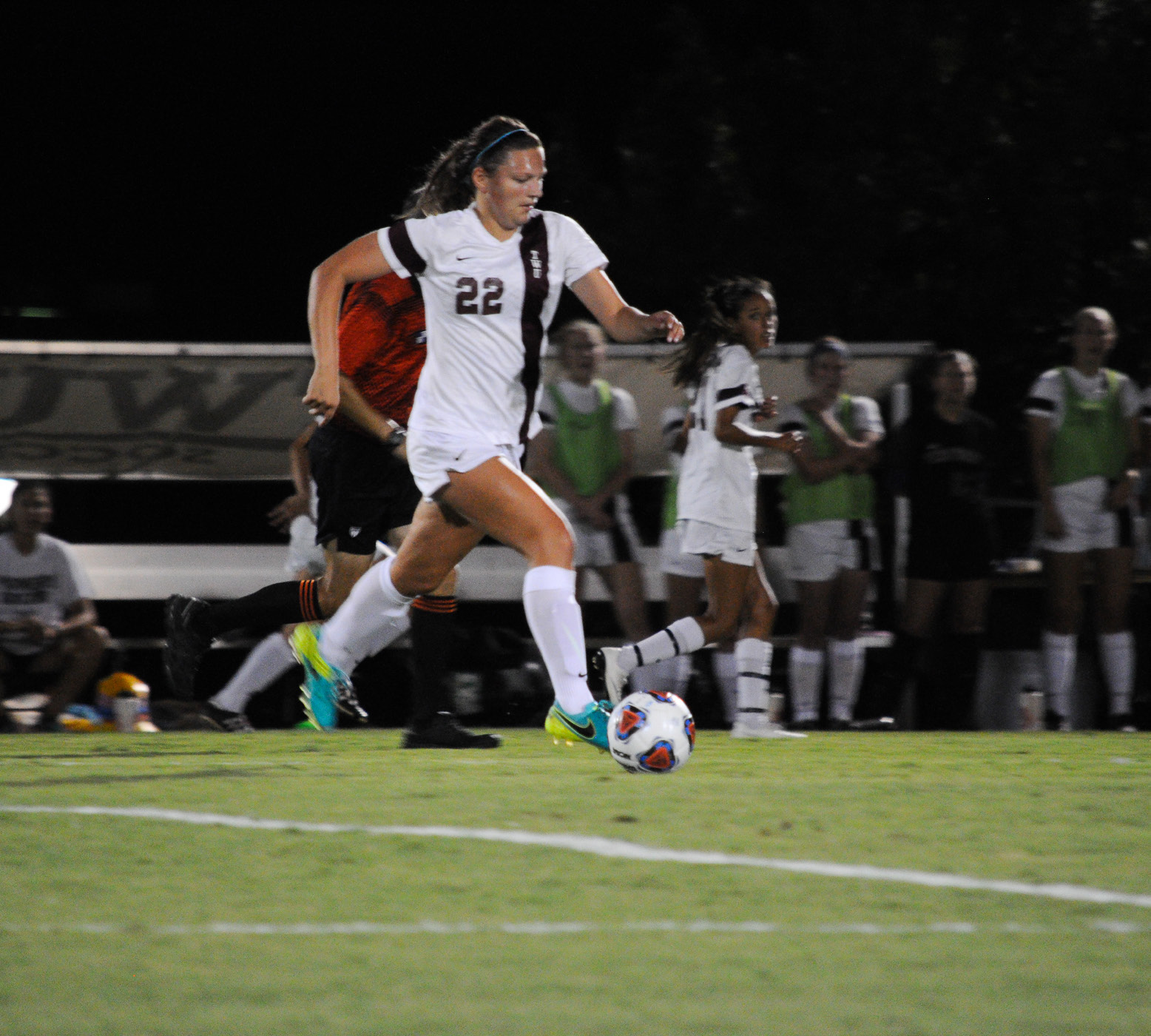 Soccer improves to 4-6 in LSC

Heading into the final games of the season, the TWU soccer team has a 4-6 Lone Star Conference record.

Last Fri., Oct. 21, the Pioneers traveled to Portales, New Mexico to kick off with Eastern New Mexico University. It only took first-year midfielder Cara Zwilling one kick to score the lone goal of the 1-0 victory and her second career game-winning goal. During the first half, senior forward and midfielder Gaby Larson recorded a corner kick assist to Zwilling for the successful sh

ot. Ten other attempts by the Pioneers either sailed beyond the goal or the goalkeeper for the Greyhounds made the stops to keep the score at 1-0 until the game concluded. Sophomore goalkeeper Samantha Jimenez recorded three saves from the goal area.

The Pioneers traveled across the New Mexico and Texas borders on Sat., Oct. 22 to face off with West Texas A&M for the second LSC match of the weekend. In front of 247

spectators, the game began with a scoreless first period with only seven shots made from both teams combined. Just three minutes after the second period began, senior midfielder and defender for WT Kaitlin Steele snuck a shot past Jimenez for the first goal of the game. WT’s Alejandra Dockery found the goal around Jimenez once more during the 70th minute for the 2-0 lead and eventual win.

The LSC Championship Tournament is scheduled for Thurs., Nov. 3 through Sun., Nov. 6, with a break on Sat., Nov. 5.