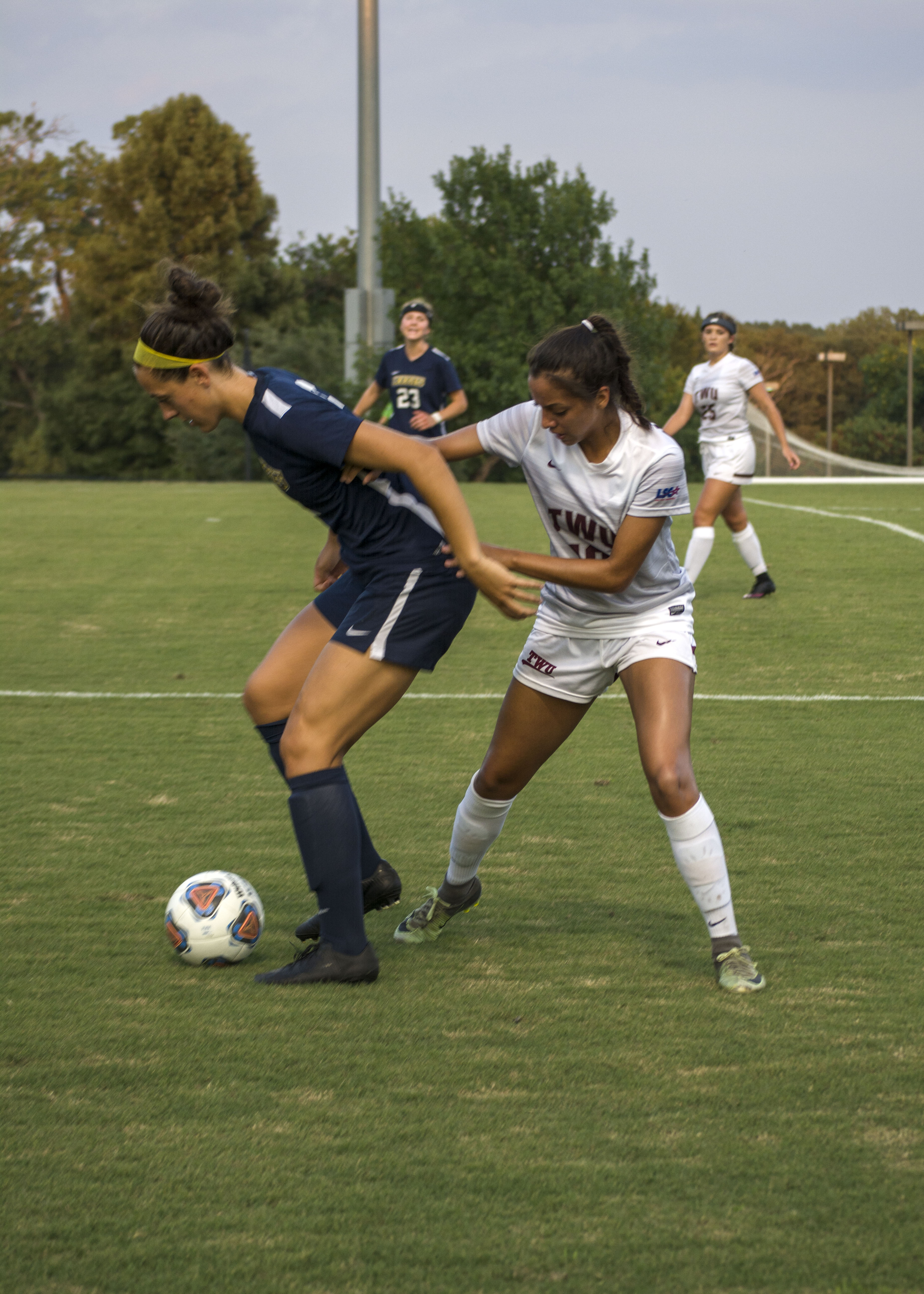 Already two games into the season, and the Texas Woman’s University soccer team had one win, one tie, and zero losses.

Going up against Regis University

The most recent game, TWU versus the Regis University, ended in a tie. After two overtimes and a entire game time of 110 ten minutes, the game was finally called, and the tie verdict issued. The game was not without honorable mentions, however,  Senior midfielder Chelsea Martin made the top highlight with five attempted shots and two shots on goal. Following up, First-year forward Haley Ward had three shots and one shot on goal. First-year goalie Maddie Vickroy, had an impressive five saves.

During Friday’s game, TWU versus Colorado Mines, TWU walked away with a one point lead victory. The score was made by Martin with the assist by First-year midfielder Jazmine Navarro. The point was scored during the third minute. TWU’s victory over the Colorado Mines is seen as a great success as the Colorado Mines were ranked 6 in the league. TWU’s Goalie of the game,  Vickroy, prevented two goals from the Colorado Mines.

A word from the coach

A statement made by Coach Babak Abouzar, from TWU Athletics site, says,

“We caught them off guard in the first few minutes and scored a great goal. We defended well against a team who is consistently on the national stage and made things difficult for them and it paid off. Credit to our team for having an all-in mentality.”

Abouzar has been the head soccer coach at TWU for five years.

The next two games for the soccer team will be against Dallas Baptist on Fri., Sept. 8 at 7 p.m. and Colorado State – Pueblo on Sunday, Sept. 10 at 2 p.m. Be sure to come out and support these players.

For information on schedules, playing fields, player information and stats be sure to check out TWU’s athletic page.