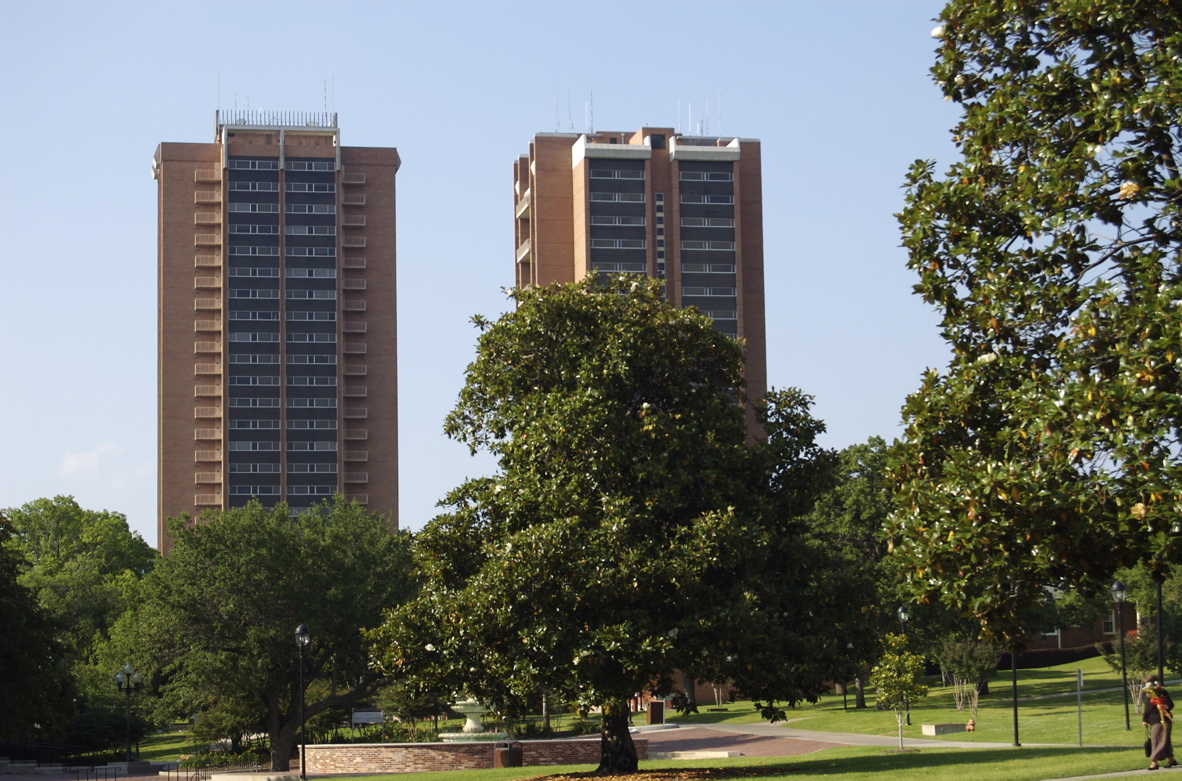 Six floors of Guinn Hall are currently being gutted and refitted with new fixtures, carpet and much more

Since 1969, she has given students a home away from home. She has spent years watching as they frantically studied, dated, and changed. After 45 years of mothering, Miss Guinn Hall is getting her own make-over. Not even 24 hours after students moved out for the summer, construction teams moved in and removed all of the built-in furniture, doors, and flooring from floors six through 12 with the exception of 11. The renovation is an ongoing project, the end goal being to completely redo the building’s inte­rior. Last summer, floors 13 through 15 under­went renovation: old doors, lighting, and ceil­ings replaced, new paint applied, and the bath­rooms redone. Before that, only a couple of floors had been renovated. Housing receives no state funds or Student Service fees unlike other departments; all of the money comes from student rent. Housing had to gain special permission from the Board of Regents to pull $1.5 million from their reserves to pay for the project.

This will be the biggest renovation Guinn has seen. “One challenge is aging buildings,” Director of Housing Dr. Joseph Berthiaume said. “Stark was built in 1967 and Guinn was built in 1969. They are in need of modernization and refurbishment.” Berthiaume feels that redoing the student lounges is a high priority, as academic success is vital in college. The goal is to create a cozy and home-like atmosphere to the “institution” interior. Student feedback has really pushed the project and helped to steer the renovations. “As Director of Housing, I’m always looking for ways to improve student living,” Berthiaume said. “If students have suggestions or ideas, the Residence Hall Association is the voice for them, and they can bring ideas to us. The new microfridges are due to student feedback. We were having a conversation with students and they asked not for bigger rooms, but to have a microwave in their rooms.”

Residents will be happy to know that not only will there now be a microwave in every room, but an actual freezer as well. Last year, Jones Hall received the new appliances as a trial, seeing if the building could handle the electrical load. It worked very well, as the appliances conserve energy and reduce the electrical draw. Despite the renovation, there will be enough space to accommodate all summer activities and orientations. If the project stays on schedule, the renovations should be finished by the first week of August.