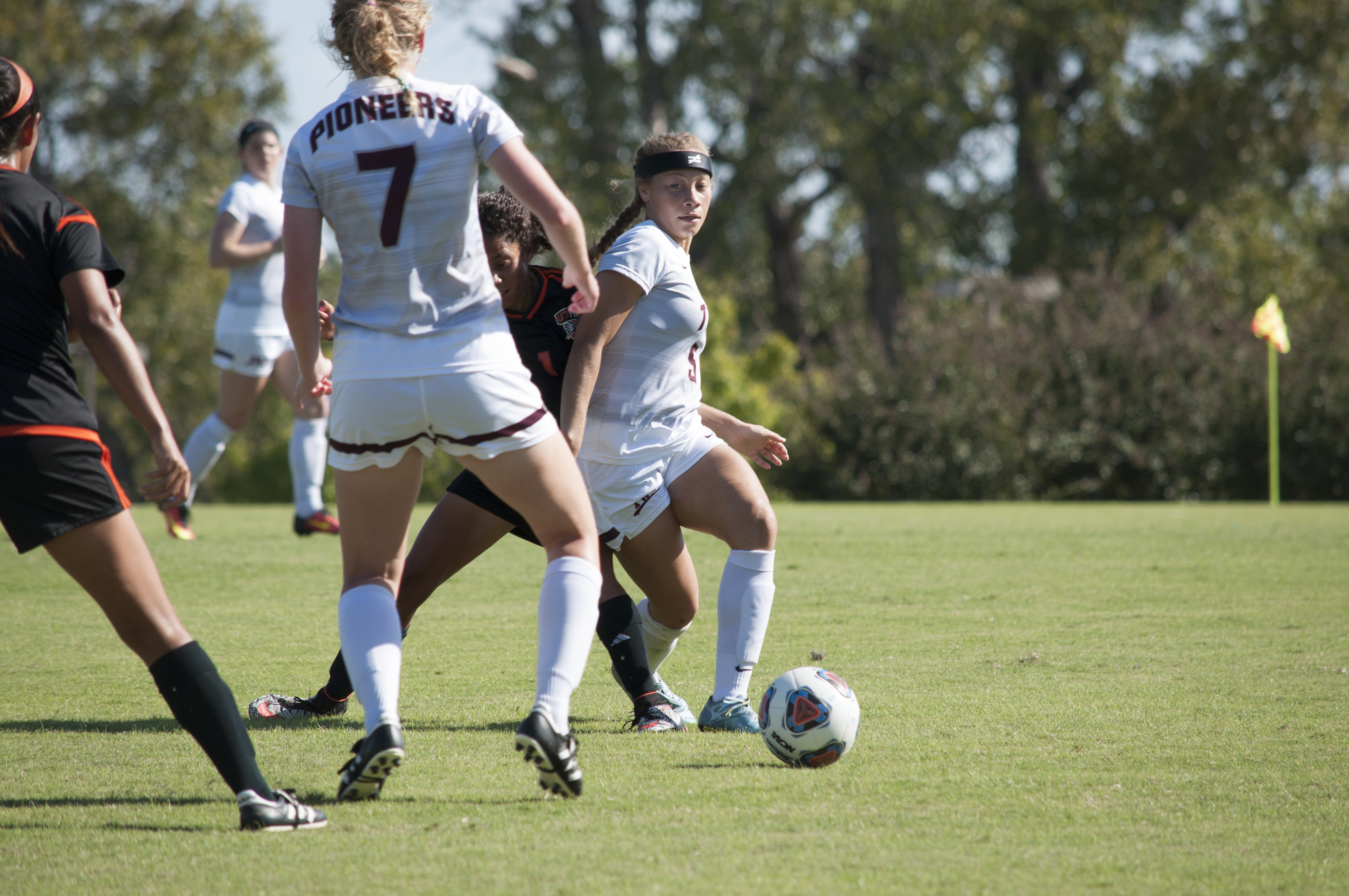 Pioneers played their last two games of the season this weekend, gaining a win against Angelo State and a loss against UT Permian Basin.

On Friday, Pioneers defeated the Angelo State Belles with a score of 1-0. Senior forward and midfielder Gaby Larson scored the single goal, aided by an assist from first-year defender Aryana Maricle-Conroy within the first twenty minutes of the game.

Sophomore goalkeeper Samantha Jimenez tallied seven saves, including diving saves and a double-hand block that kept out some very near goals by the Belles. This was Jimenez’s eighth shutout of the year. Despite some close shots from both teams, the Pioneers kept the lead and obtained a victory.

The fifth-seed Pioneers head into the playoffs on Nov. 3 at Texas A&M-Commerce. They will play the fourth-seed Angelo State Belles at 7:30 p.m.