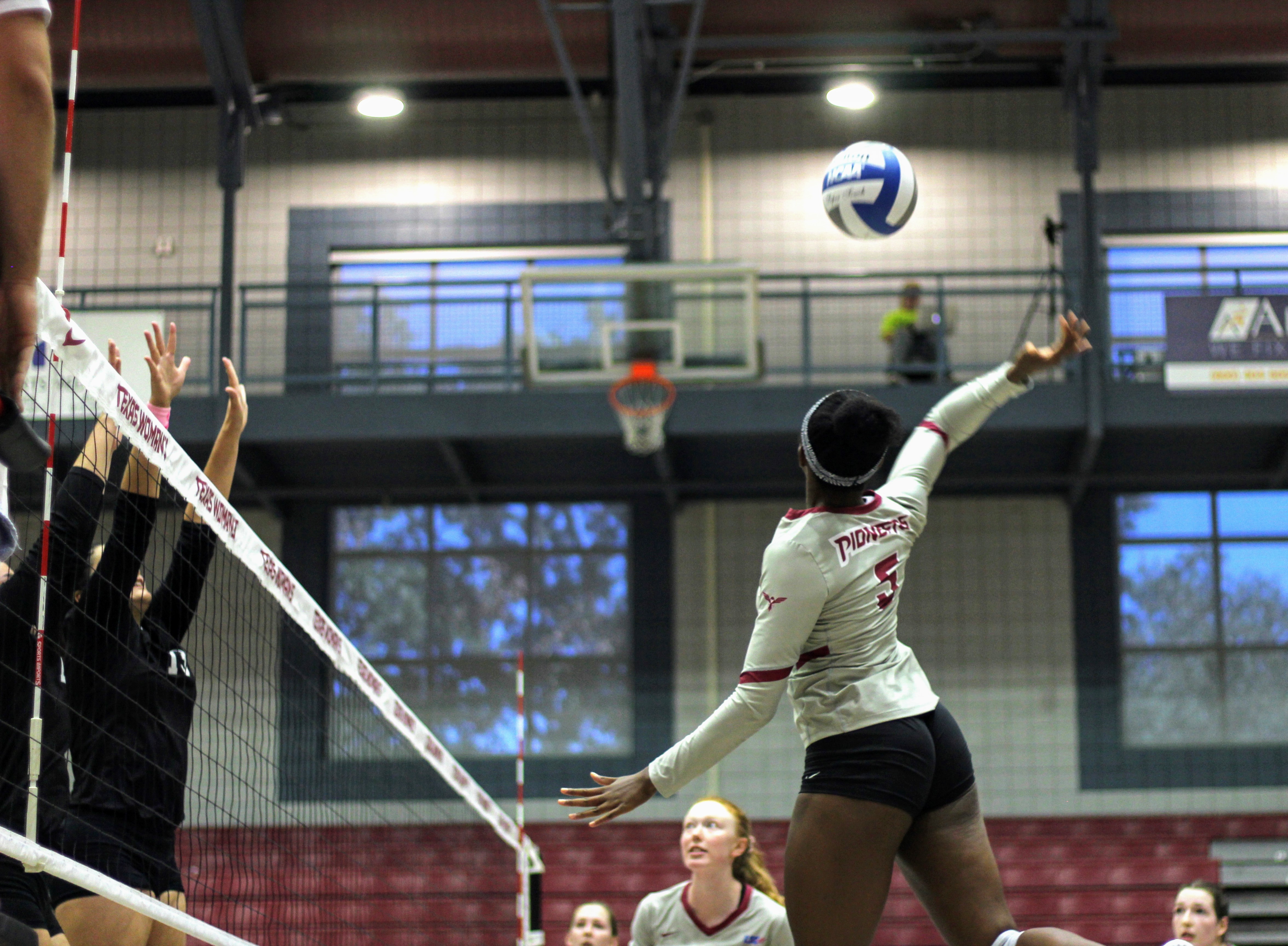 The Pioneers fell short in Saturday’s match against The University of Texas – Permian Basin hosted in the Kitty Magee Arena with the final score coming out to 2-3.

The match began with the Pioneers working ahead of the game with Erin Jones, senior defense specialist, striking an ace and attacks back to back by freshman outside hitter Addison Mulroney and sophomore middle blocker Trixie Oche. The team scored early on in the first set earning 13 points ahead of the UTPB Falcons before the team could get a chance to implement their defense strategies. Senior middle blocker Caroline Noel made the final charge of the set, finalizing the score at 25-18.

“When we’re good, we’re really good,” TWU’s head volleyball coach Jeff Huebner said. “But when we struggle, we can ourselves in some tough spots.”

The Pioneers picked up their game plan in the fourth set when junior outside hitter Tabitha Spray hit a total of three aces and senior middle blocker Courtney Noel sent one last final kill, ending the set 25-18.

“Tabitha does a really good job for us,” Huebner said. “She’s a really tough kid who has played through some adversity for this year. We’re really thankful to see her making a huge impact in our program.”

Having tied 2-2 after four sets, a fifth was administered to break the draw. Sophomore outside hitter Elizabeth Ugbaja got in five kills before the UTPB Falcons caught up and scored victory at 15-10.

This Tuesday’s game put the TWU volleyball team at 9-9 for the season. The Pioneers will have their next match in Texas A&M Commerce in Commerce, Texas this Friday, Oct. 18.

Featured image: Elizabeth Ugbaja jumps to hit a volleyball during a volleyball game at The Kitty Winter Magee Arena in Denton, Texas on Saturday, Oct. 12, 2019. Photo by Sarah Pham.