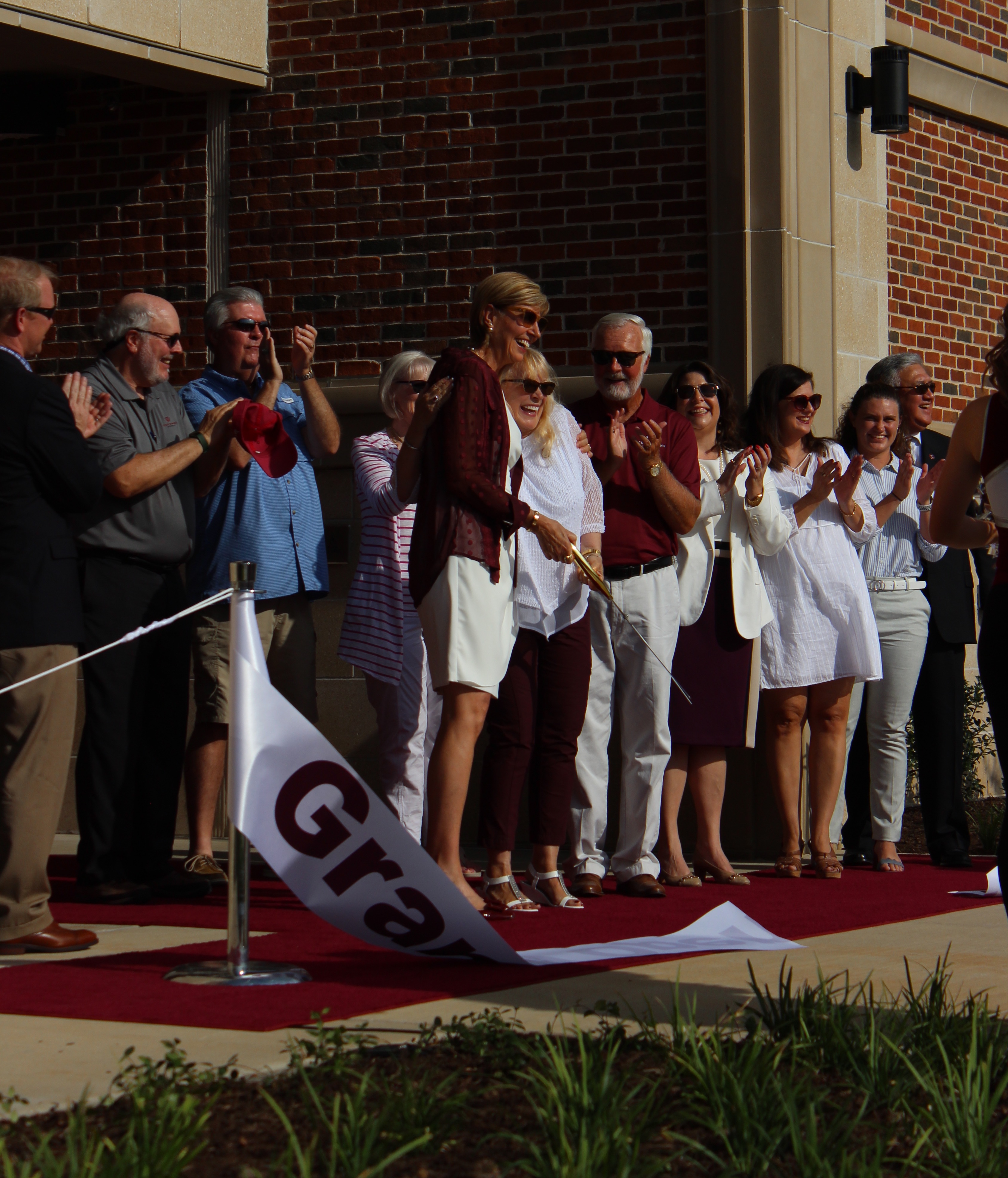 The grand opening event for Parliament Village, set to house all second-year students, was held Friday, Aug. 20 at 9 a.m. to celebrate the completion of the main campus’ newest residential community. Made up of three separate residence halls — Mary’s Hall, North Hall and South Hall — Parliament  Village will house 872 students.

Chancellor Carine M. Feyten kicked off the morning with a greeting followed by a special thanks to the TWU Board of Regents, the TWU Foundation and Alumni Association, as well as members of the Denton City Council, Denton ISD, Mary L.A. Stanton, who Mary’s Hall is named after, and her family.

“Students will have an opportunity to live on campus with the help of other students to stay engaged in the college experience and remain on the path to completion,” Feyten said. “Being here will create an important sense of community for our students.”

Dr. Feyten then invited regent Jill Jester to the podium, who read a proclamation provided by the mayor of the city of Denton.

In the proclamation, Stanton was recognized for her hard work as a TWU student, raising two children and working as a driving instructor all while maintaining her full-ride scholarship. Stanton was also commended for her work as an alumnus and business woman. Mayor Chris Watts applauded her diligence and persistence so much so that he declared Aug. 23, 2019 “Mary L.A. Stanton Day,” in her honor. With that, Feyten and Stanton officially introduced the grand opening of Mary’s Hall and Parliament Village.

“I decided on donating for a residence hall because it’s better for the students.” Stanton said, referring to the many residents who have had to live in off-campus apartments and hotels.

She said she felt compelled to put forth her donation of $10 million because she truly wanted everyone to have a chance to gain a sense of community as well the full college experience.

Students are also just as excited for the new collection of resident halls.

“This is the sophomore experience,” second-year student and South Hall resident assistant Lauren Eisenkramer said. “This is a brand new year—this building is for us. As a sophomore, it’s nice to know that there’s a building just for me and for my friends.”

Eisenkramer continued to express her anticipations as the school year begins.

“I can’t wait to be able to see all my friends and to study together and stay up all night together and get those bonding experiences,” Eisenkramer said.

As the first residence complex built since Lowry Woods 14 years ago, the grand opening of Mary’s Hall and Parliament Village is one event to surely go down in TWU history, as mentioned by Feyton.

“This will allow people to put down roots and really make relationships, and those roots will stay for a long time,” Fetyen said.