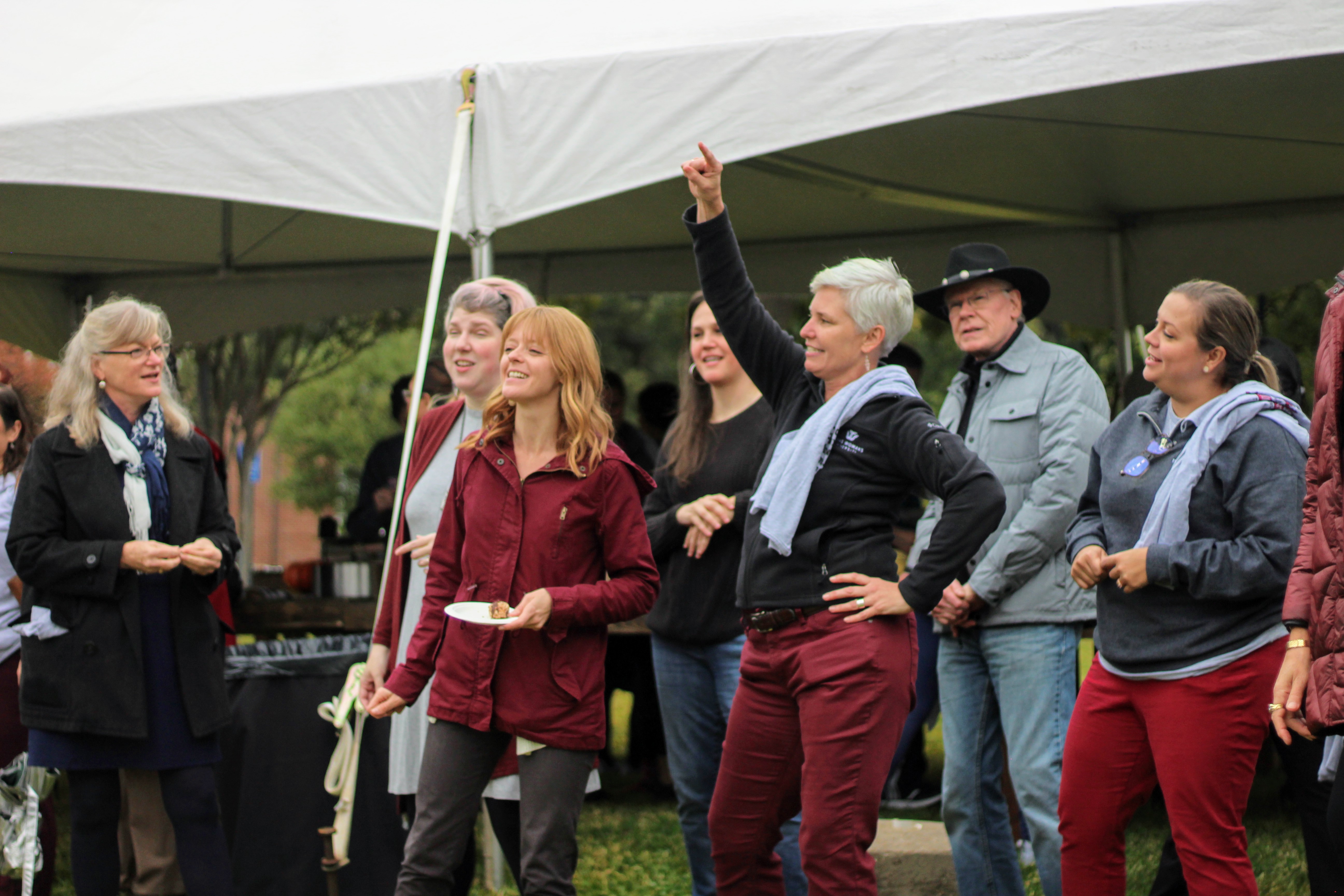 Though not an unusual feat, what sets her apart is that Matteson made sure to keep active at least five times a day during the month of the Association of Outdoor Recreation and Education (AORE) challenge to earn her spot in the top 50 challenge participants in the nation.

Matteson was honored for placing #28 during TWU’s Campus Challenge celebration, where Associate Director of Fitness and Recreation Karrie Fletcher and Chancellor Carine M. Feyton paid their respects to the staff who helped make the events possible, as well as recognizing those from TWU who made their mark on the competition.

Matteson submitted 140 campus challenge entries and scored a total of 2,198 points, ranking her at #28 in the entire nation. She said that last year she took part in the AORE competition but was unsure of her overall rank and that the goal this time around was to get herself in high ranks on the scoreboard. But she didn’t do it all alone.

“I did most of the daily challenges with my kiddos,” Matteson said. “I tried to keep it creative, so we did activities like flashlight tag, trampoline camping and biking around the neighborhood to see all the Halloween decorations.”

Matteson said that the freedom and creativity she was allowed with the competition was her favorite part of it all. When Matteson wasn’t with her family, she would participate in many of the on-campus activities such as puppy yoga and Wellchella.

“I loved the new programs like Wellchella that were created for this challenge,” Matteson said. “It was super cool, and I’m excited to see it all again in the future.”

Overall, TWU scored a total of 135,064 points, over 50,000 more points than the competition’s runner up. Feyton said that she hopes the students, staff and faculty of the school keep their spirit alive and aim to go above and beyond in next year’s AORE campus challenge.