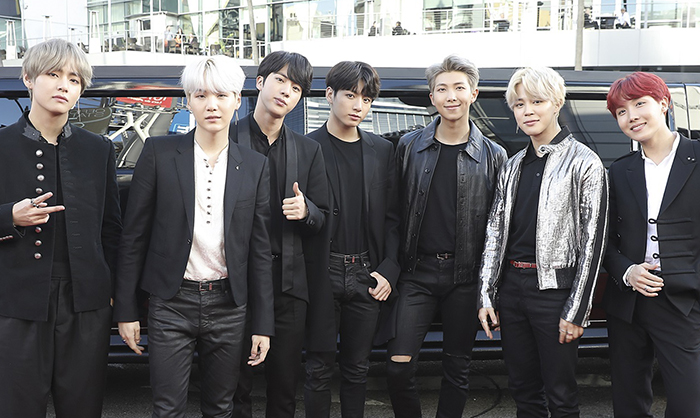 ‘Map of the Soul:7’ is beautiful, impactful

Well, ladies and gentlemen, they have done it again. BTS have come out with their first album in nearly two years, “Map of the Soul: 7,” and it is (as always) nothing short of simply impactful and impressive. After coming back and presenting to the world 14 marvelous new songs, BTS continues to solidify their spot as well-respected artists, and not just in the K-Pop industry.

With a record as polarizing as this, it is hard to figure out where I should even start. However, I feel like the very first thing that I should touch on is the production.

It might just be me, but I feel like, with every new project that BTS comes out with, the quality of their production goes up. As someone who is a big fan of a good beat, BTS consistently delivers and blows me away with the sparkling rhythms and melodies that each track has alongside its lyrics. The instrumentals in “Map of the Soul: 7” were so crisp and meticulous, always resulting in a great listen, especially in the car or with headphones.

Along with the album’s splendid production quality, there is a large amount of musical diversity for us listeners to bask and frolic in.  In the mood for trap or hip-hop? Tune into member Junkook’s solo “My Time.”

Wanting to lay back and relax to some pop rock? Tracks “Inner Child” and “Moon” will do just the trick.

Happen to be a fan of more Latin-influenced melodies? “Filter” and “Outro: Ego.” The variety spans miles.

The delicacy that is BTS’s new album does not even stop at the composition of the instrumentals, but reaches even further, solidifying the mastery of the record with each track’s lyrics. Something as simple as musical language barrier should not shy anyone away from reading into the translations of lyrics and grasping the meanings of songs as well-written as those included in this album.

One thing BTS manages to execute so flawlessly in each track is the emotional storytelling that flows so fluidly in the midst of the pristine instrumentals. It may be that not every line in the album is a structured piece of art like a Shakespearean sonnet, but even the simplicity and minimalism put into many of the songs’ lyrics is just as stunning and tasteful as any rendition of “Julius Caesar.”

Lyrics like “You are my Earth / And all I see is you / The only thing I can do is to gaze at you like this” and “One time for the present / Two time for the past / Happy that we met each other / Now til’ the very end” hold such modest and heartfelt statements that it almost feels innocent. Both are great additions to BTS’s consistently impeccable discography.

Overall, “Map of the Soul: 7” is a beautiful musical reflection on the seven years that BTS have spent together making music as a group. Through themes of self-doubt, self-reassurance and motivation, feeling lost or alone and friendship, the seven members — RM, Jin, Suga, J-Hope, Jimin, V and Jungkook — deliver a remarkable record that perfectly captures their past struggles and inner gleams of hope.