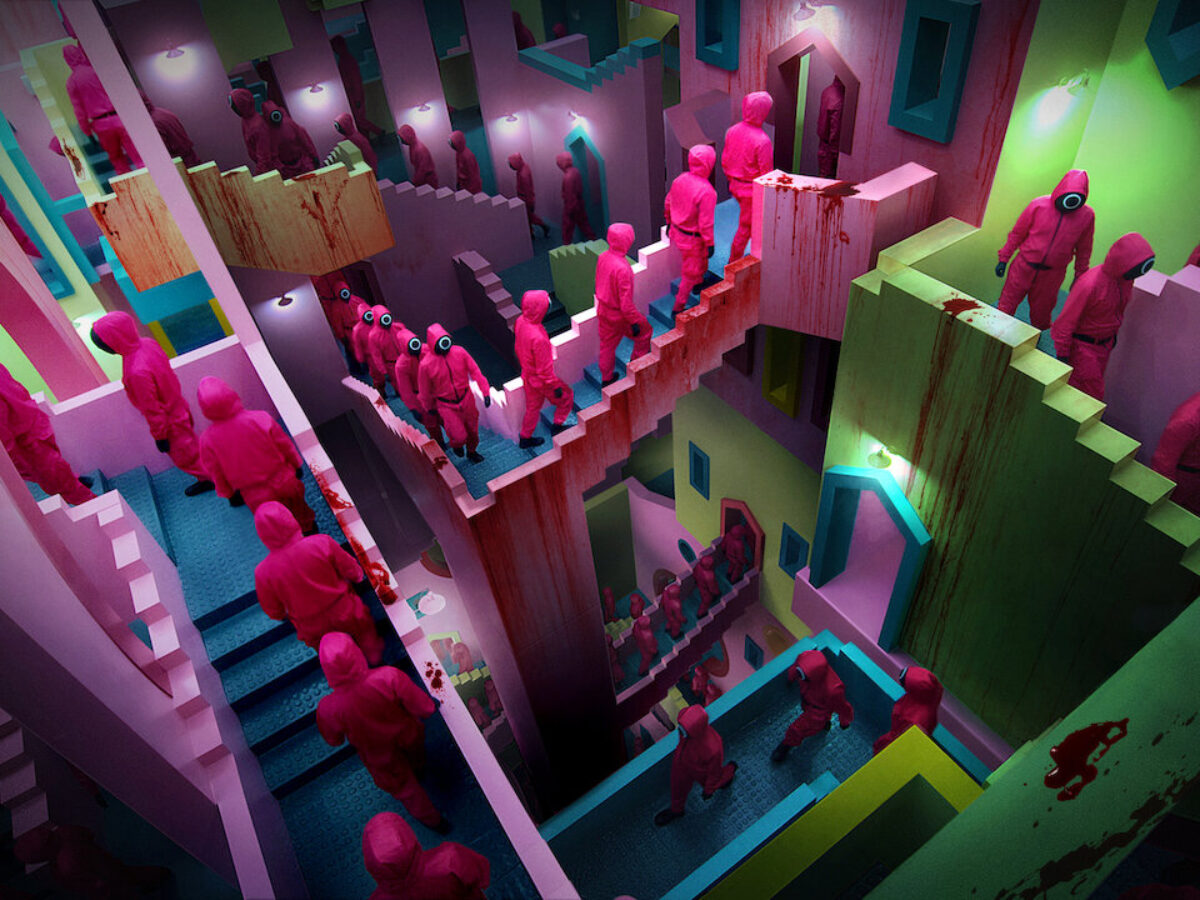 It’s not too often that this world is graced with legitimate, cogent commentary on the current state of the socioeconomic nightmare that civilization has developed and trapped its people within. However, “Squid Game” does that perfectly.

This vicious and devastating South Korean drama actualizes the dystopian reality that we have all unwillingly ended up in. The series narrates how landing yourself at the bottom of the food chain, whether a result of poverty or greed, is a bottomless pit of anguish and gives a brilliant and heart-wrenching representation of just how far one will go to climb themselves out.

The first half of the show is crazy immersive and does an insane job of catching the hearts of viewers, making them gain emotional attachments to its characters—both good and bad. “Squid Game” manages to direct just enough attention to each to drive viewers into caring about their story arcs. The show does this so well that it even makes one forget that their character(s) of choice will eventually have to die, as only one individual can win the game.

Each demise of a character is a harsh reminder of the cruel, yet “fair” rules of the game that may honor unbiasedness but menacingly exclude equity. This is a surreal parallel to society’s vows to provide equal opportunities for individuals, but failure to provide sufficient adjustments of resources to make up for the major discrepancies between varying populations.

Meanwhile, the second half of the show revs emotions into overdrive as the games become even more diabolic and “eliminations” become even more gut-wrenching. Here, the show demonstrates the disgustingly unlawful but ineluctable real-world testament that oftentimes, one can only escape their own inconveniences by sabotaging the prosperity of others (R.I.P. Ali).

All of this is not to mention the incredibly suspenseful sub-plots and distressing plot twists. These, in comparison to the show’s main narrative, slightly fizz out, but still manage to deliver chronicles that are pretty chaotic. This is where the viewer meets the most sickening aspect of the games that reveal the entire tournament is an inconsequential pastime created by the one percent as a vile form of entertainment—which in itself later reveals even more lunacy.

In the end, “Squid Game” presented wonderfully engrossing storylines in just nine episodes but ended with an itching amount of cliffhangers. There have been rumors of a second season, but another might easily turn the show into an unnecessarily prolonged series. However, this isn’t to say that a second season should be dismissed if one were to be released.

So, considering its hair-raising development and multidimensional social commentary, it’s no wonder why this K-drama has taken over not just Netflix, but frankly the whole world. “Squid Game” is a definite masterpiece and absolute, 10/10 must watch.