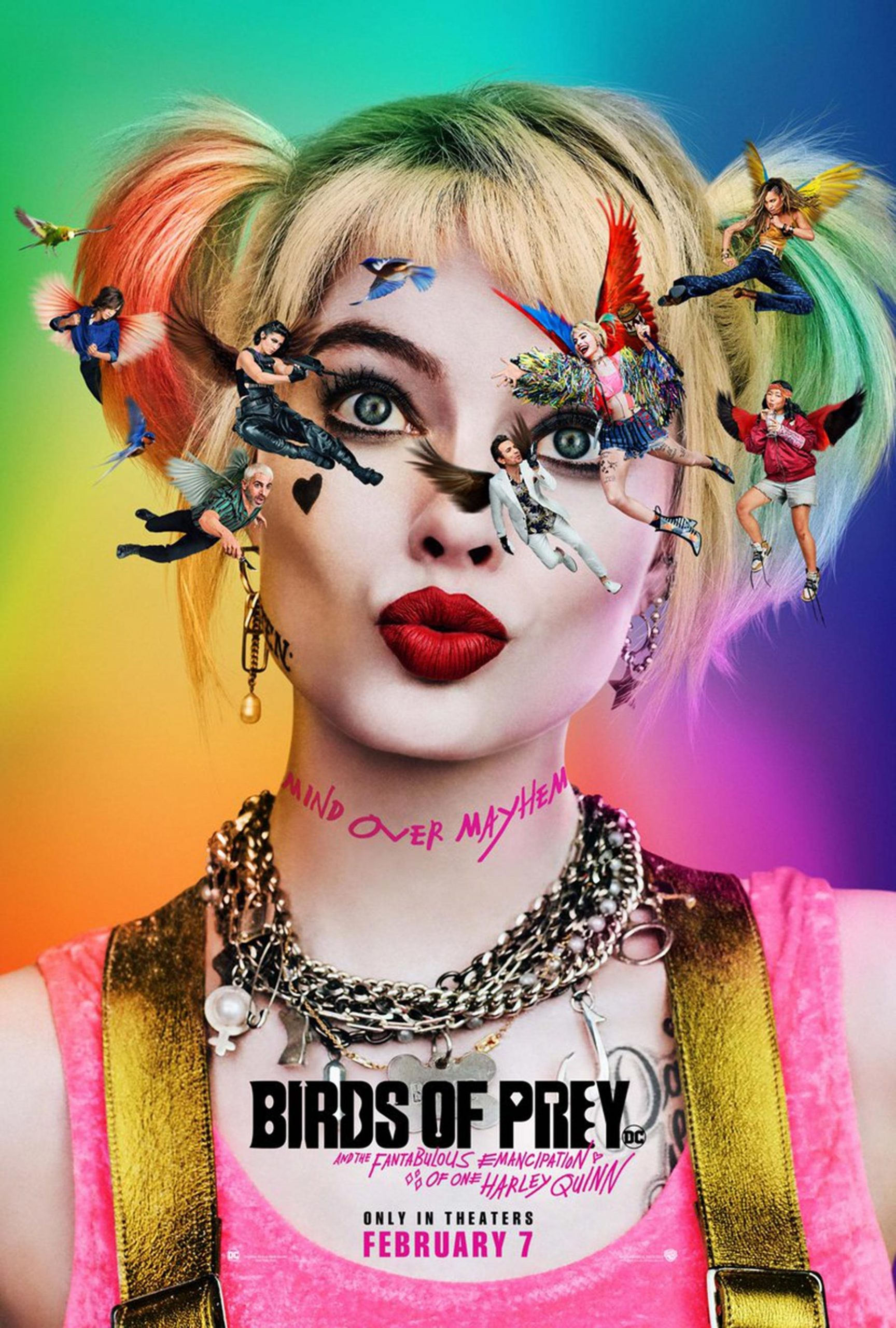 Despite a lackluster opening weekend in box offices, “Birds of Prey (and the Fantabulous Emancipation of One Harley Quinn)” proves to be an instant classic for the DC universe.

Directed by Cathy Yan, “Birds of Prey” isn’t the typical DC Comics masterpiece thriller. It doesn’t bring the same intense, edge-of-your-seat, character depth heavy scenes as say “The Dark Knight Rises” does. What it does bring are moments – little windows into the characters’ past experiences and current motivations.

This, paired with the fact that every main character is a woman, makes “Birds of Prey”, at first glance, seem slow and sexist. However, that couldn’t be farther from the truth. Rather than force the audience to admire how cool and smart the main characters are, characters like Harley Quinn are cast as relatable and justified in their actions.

This relatability is highlighted through Margot Robbie’s performance as she transforms Quinn into the fun, quirky 20-something she should have been all along. In 2016’s messy “Suicide Squad,” Quinn’s legacy was essentially destroyed. She was shown as a naïve, emotionless lunatic only on screen to flaunt her body. Thanks to better writing and Yan’s direction, Robbie is able to show that yes, Quinn was abused and no, that’s not her entire life or personality.

Robbie’s co-stars Mary Elizabeth Winstead, Jurnee Smollett-Bell, Rosie Perez and Ella Jay Basco give realistic portrayals of powerful, intelligent women that shouldn’t be messed with. Ewan McGregor adds to the acting brilliance through his portrayal of the narcissistic and disgusting Roman Sionis, a perfect villain to oppose this rebellious group of female fighters.

The soundtrack incorporates two 50’s era singles, “Hymne à l’amour” by Édith Piaf and “Mr. Sandman” by The Chordettes, and included modern rap/rock singles all sung by women. This not only shows that all genres of music can be for women, but also that female voices have been important before the 2000s. Tracks also include famous recording artists including Doja Cat, Halsey, Normani, Megan Thee Stallion, and Lauren Jauregui.

The cinematography is simply gorgeous, using slow-motion action shots to add tension in fight scenes as well as animation sequences to accentuate the proverbial mixed bag of talents this movie can showcase. Both the cinematography and soundtrack keep the audience engaged and interested in this fun story full of loveable characters and unforgettable moments.

After watching “Birds of Prey”, it’s almost impossible to leave the theaters without a smile on your face, wanting DC films to incorporate more female protagonists and eccentric storylines in their future cinematic endeavors.