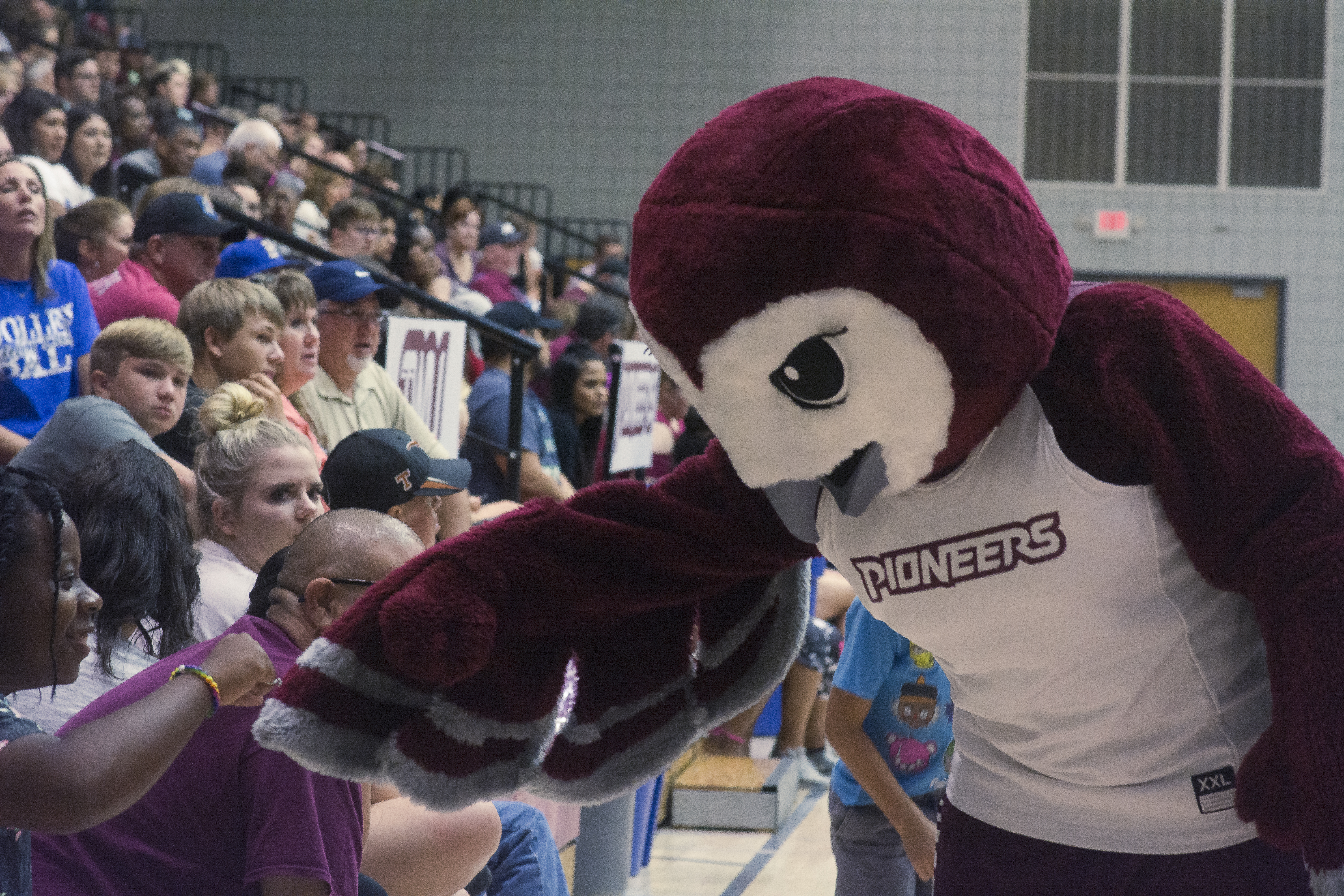 Roaring claps and whistles elicit from the crowd sat in the theater as swayful harmonies repeat one after another. Voices as deep as the trenches pair with the airy and delicate songs while the choral pieces ensue, catching anyone who was to walk by in a trance. The Texas Woman’s University choir continues with piano accompanied melodies, hosting their first performance of the season in conjunction with the university’s annual Family Weekend event.

This year’s Family Weekend ran from Sep. 27-29 and concluded with the “Pioneer’s Sing!” concert held Saturday in the Margo Jones Performance Hall. The concert was the choir’s first of the 2019-2020 school year and featured TWU’s Concert Choir and Chamber Singers collectively made up of both men and women.

Students, as well as family and friends, filled the seats of the hall to watch the choirs perform a program of assorted pieces, including a comical series of choral poems that had the audience in fits of laughter. Joined alongside the two choir ensembles was TWU vocal coordinator and director of opera Jennifer Youngs, who performed two opera pieces.

Maningo had come to visit his cousin at TWU for the weekend and was able to attend some of this year’s weekend events.

Events began Friday with a social kick-off after check-in held in the Parliament Village courtyard, followed by the victorious TWU volleyball match against The University of Texas at Tyler. The day finished off with the Student Life’s “Taste of Texas” event where Family Weekend participants could gather and enjoy traditional southern treats and drinks with dancing and music featuring Mike Randall and the High Road.

Family outings continued through Saturday where those who checked-in could take part in a morning nature hike and afterwards a brunch. TWU hosted another volleyball match against Texas A&M University, while the university’s soccer team held a game against Oklahoma Christian University.

“I was only able to go to the Taste of Texas and the choir, but I really enjoyed both of them,” Maningo said. “Next year I’ll most likely try and go to all of the activities to get the full experience.”

“This is my first time actually being here and not just visiting my cousin for only a few hours,” Hope, who was visiting from Lewisville, said. “I was able to stay here longer than I have before and spend some more time with my cousin than I usually do.”

Meanwhile, Jenkins said she comes to TWU often to see her cousin, but the addition of the celebratory weekend made this time better than the last few.

“I do love spending time with my cousin in her room,” Jenkins, who was visiting from Plano, said. “But being able to do these extra things with her is like a one big bonding experience even though we’re already super close.”

The celebratory weekend ended on Sunday where students waved goodbye to their family and friends. Many said they hope to come back next year to join in the annual festivities again.