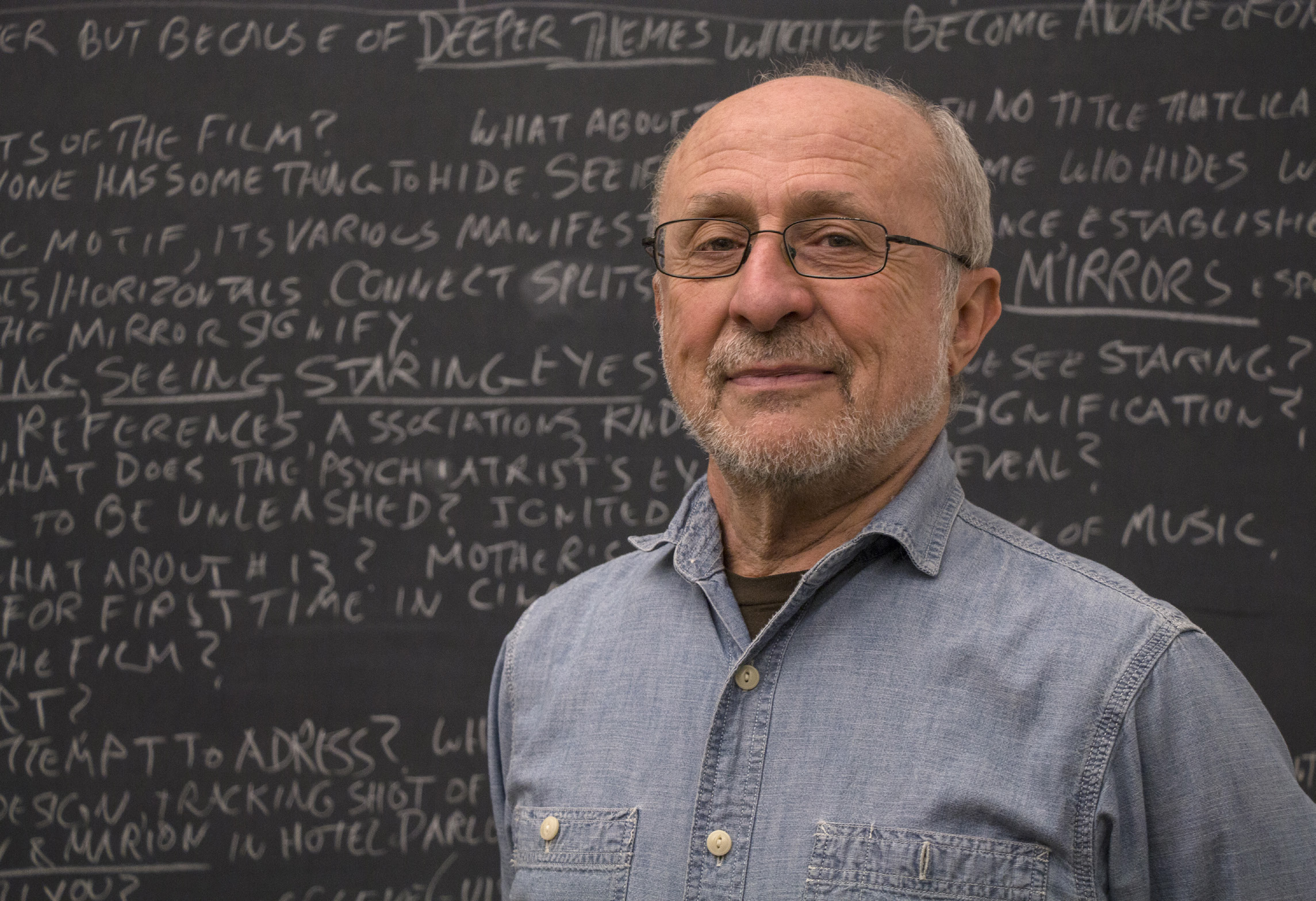 Dr. Calabrese Set To Retire After 36 Years At TWU

Whether it is a lecture, his artwork or talking about the Yankee’s, any interaction with John Calabrese is a passionate one.

After 35 years of educating students at TWU, Fine Art Professor John Calabrese, PhD. will retire at the end of this semester.
Hailing from Atlantic City, New Jersey, Calabrese spent his childhood in the same neighborhood, Duck Town, that his father and mother had lived their whole lives.
Growing up in the middle of a tough italian neighborhood, he says that being quiet and drawing set him apart.
“I was a little guy who was kind of shy,” Calabrese explained. “While the rest of the guys in my neighborhood were big and tough, I was like a monk, where I would draw and keep to myself.”
Even before kindergarten, Calabrese remembers enjoying drawing. His love for history and geography drew him to draw maps and portraits of political figures during his adolescence.
“People would fall asleep in history and geography class, but it was like a gift to me,” Calabrese said. “We used to learn about The Crusades, The Roman Empire and Middle Ages, and it left an impression on me.”
He went on to received a Bachelors of Arts from Catholic University and a Masters of Fine Art in Painting from Pratt Institute. After receiving his Ph.D. at Ohio University in Comparative Arts, he began teaching at TWU in August of 1981. Calabrese has taught a variety of art classes over the years, even creating classes like Film Noir and Theory of Art for graduate students. In 1994, he created the study abroad art programs at TWU. For over a decade, he has taught summer courses in Art History while shuffling students through foreign countries.
During the years they visited places like France, Greece, Russia and many others. He was able to teach classes on specific art history terms while introducing people to cities he loved, like Rome.
“There is great art in all of these places, but we I do not have time to show it all.” Calabrese added. “It gets a little frustrating because I know what people are missing out on seeing.”
Even though he had spent his life studying art, he said that teaching has helped give him a better understanding of different artworks.
“There is a give and take between the students and I,” explained Calabrese. “They ask questions that make me look at things in new perspectives. I get a deeper understanding of something that is timeless.”
Between the jokes about sensationalism and Post-Modern Art, Calabrese stated that not all art is equal.
“People have to understand what the art is doing, not what they want to see,” said Calabrese. “If you want to see what you want in it, go make your own art. Thinking academically about art is not ‘How do you feel about it?’ There is a lot of garbage today, because people are obsessed with immediate gratification. The profound works are timeless, they still resonate with things today.”
His latest personal artwork has been a series of pencil drawings named “Cosmic Visions,” for the last seven years.
“The two God-given beauties are feminine beauty and the cosmos,” explained Calabrese. “When they come together heavenly always seems to take over. I do not care how beautiful you are, there is always something more beautiful. So I created this clash over true beauty with a human figure in open space.”
Although he does not have any concrete plans for his retirement, Calabrese says he is looking forward to spending time with his wife and having time to reread the classics.
“I’m just thankful that I was given this opportunity by TWU,” Calabrese added. “It is a humbling gift to be able to teach.”