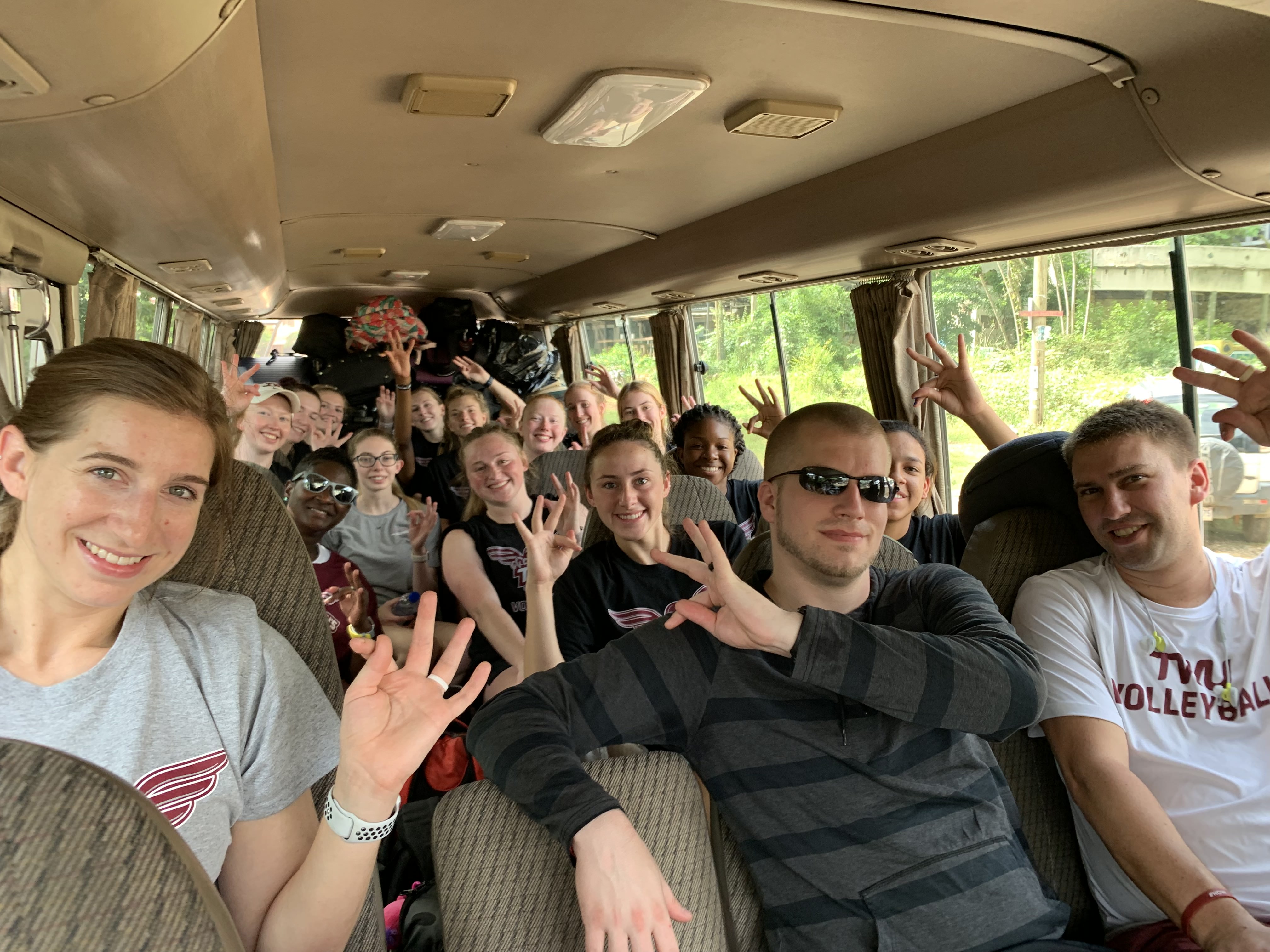 The Pioneers played in three matches against the Universidad Nacional team, the San Jose Club Team and the San Carlos Club Team, ultimately winning all three matches. The trip took them across the country from San Jose to San Carlos as they competed.

“It’s different over there because it’s known as a friendly match, so you play five sets either way,” Erin Jones, a senior kinesiology major and defensive specialist on the team, said.

The team also took part in various community service activities around the country planting trees, hosting volleyball clinics and volunteering at a home for people with disabilities and handicaps.

“My favorite thing was probably seeing the special needs association,” Courtney Noel, TWU senior and middle blocker for the volleyball team, said. “I have a sister who’s also disabled, and she goes to a school like that and to see that they have that in other countries and know that they’re taking care of disabled people in other parts of the world was very good to hear.”

At the volleyball clinics, the team had the opportunity to play against teams of younger people who they might not have otherwise encountered on their trip.

According to head coach Jeff Huebner, team bonding was another focus of the trip— in traveling together and participating in all these activities, the Pioneers got to spend time together as a team.

“As a coach, my favorite part was seeing the kids bonding,” Huebner said. The sentiment was echoed by many of the players on the team.

According to the athletes, the team also took advantage of their time there to see the sights, getting especially good views as they drove across the country to get to their destinations. The team also went on a zip line canopy tour, enjoying the sights over the rainforest and getting a view of the La Fortuna waterfall as they zipped by.

“I thought it was cool just seeing the town itself just because it’s so different than how it is here,” Maggie Pyles, a senior finance major and outside hitter on the team, said.

The trip was financed in part thanks to many donors, as well as fundraising efforts on the part of the members of the team. Currently, the team has no further trips planned.

“We had the commitments from our seniors who really lead the fundraising efforts and just deserve it,” Huebner said. “They’re just incredible people and their character is something I will never forget to be grateful for.”

Featured image: Pioneer student-athletes and coaches of the Texas Woman’s University volleyball team ride to their next destination during their summer trip to Costa Rica Aug. 7, 2019.