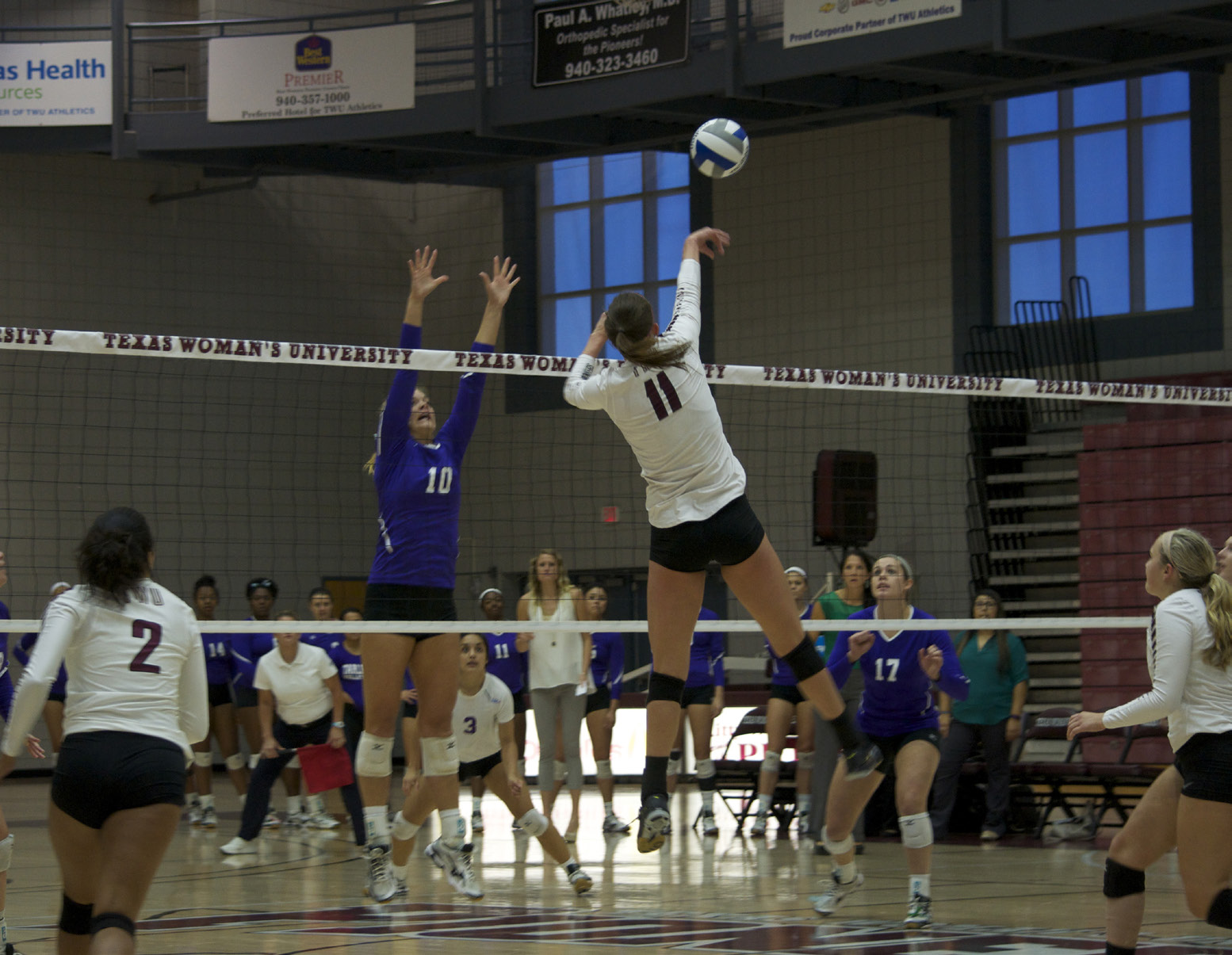 The game against Angelo State, who is ranked No. 10 in the nation, resulted in a sweeping loss despite senior middle blocker Sara Oxford and sophomore right side hitter Briley Cole each hitting 11 kills.

themselves at the Kitty Magee Arena again the next day, only this time facing off against Tarleton State. The Pioneers lost all three sets 25-17. Similar to the previous night’s game, Oxford led the team in kills with a total of nine. First-year middle blocker Courtney Noel and junior outside hitter Kerstin Jenkins followed up with eight and seven of their own kills. The Pioneers ended up with one more ace than the TexAnns, four and three respectively. Both volleyball teams had 114 total attempts.

Tarleton State had the upper hand at the beginning of the third set with a 4-1 run until a block by Noel and first-year setter Katy Ranes helped to tie the set at six. The TexAnns came back with four back-to-back points, making the set 10-6. The Pioneers fought hard with kills from Noel and Jenkins. Sophomore outside hitter Makayla Mayfield tallied an ace toward the end, however, the Pioneers could not come back from the 21-14 deficit.