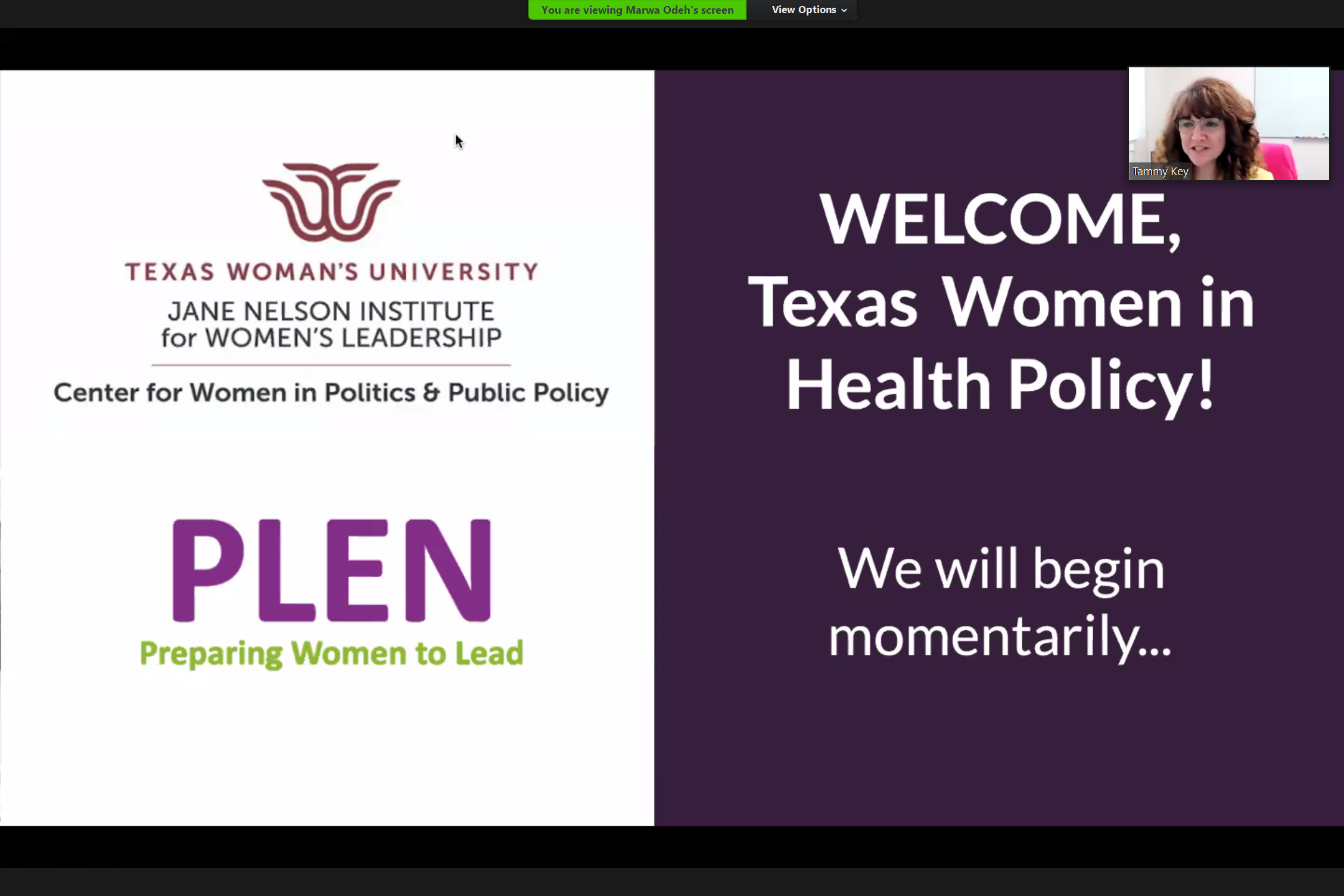 Texas Woman’s University provided its politically-involved student population insight into the field of public policy in a seminar featuring government panelists from across the nation last week.

The Center for Women in Politics and Public Policy hosted the Public Leadership Education Network (PLEN) seminar, which focused on women leading the way in health policy, Sept. 18 via Zoom. The seminar featured speakers such as Texas house representatives and United States Department of Agriculture (USDA) officials.

Founded in 1978, PLEN is an organization that aims to increase the number of women in top leadership positions within the nation and connects with students, giving them access and opportunities to leaders in Washington D.C. The organization offers various seminars that cover different matters such as law and legal advocacy, global policy and women of color in the government.

The main event began the next morning with greetings from PLEN and Jane Nelson Institute for Women Leadership (JNIWL) organizers before delving into topics centered around federal, state and local health policy decision-making and other public issues like food security and public health.

“This is for you to engage with policymakers or become policymakers in order to come up with solutions and make changes to improve the situation that we are in today,” Interim Director for the Tammy Key, Center for Women in Politics and Public Policy,  said.

Master’s student Sharmeen Jariullah said that, as an individual whose interests in politics developed at a young age, she eventually gravitated towards public policy which she learned a lot about while doing graduate work in the multicultural women’s and gender studies department. Jariullah said that the seminar gave her insight into  how to advance within the field and that she appreciated the diversity among the panelists.

Jariullah gave advice of her own for others like her who aspire to obtain positions within politics.

“It’s important to get involved in your community in whatever way you can and to keep learning through courses, seminars, and internships,” Jariullah said. “For women of color and those whose families are not politically engaged or connected this may seem especially daunting but stay engaged and keep striving.”

Panelist Representative Senfronia Thompson said that she valued her time at the PLEN seminar and enjoyed informing students and the general public about the efforts of lawmakers. Thompson also noted her stance for those who may not have a voice of their own within communities.

“It’s such an honor to give people access to those of us who are elected into office,” Thompson said. “I’m a believer in fighting for those who cannot afford to hire a lobbyist to be their voice and listening to questions from participants at seminars around the state helps me learn more about issues of importance to them.”

“Make your voice heard, arm yourselves with facts and never forget the power of compassion,” Thompson said. “Change doesn’t come by remaining silent, nor do you remain true to yourself. If someone makes you feel like there’s no seat at the table, create one for yourself.

“And once you’re at the table, make room for others.”