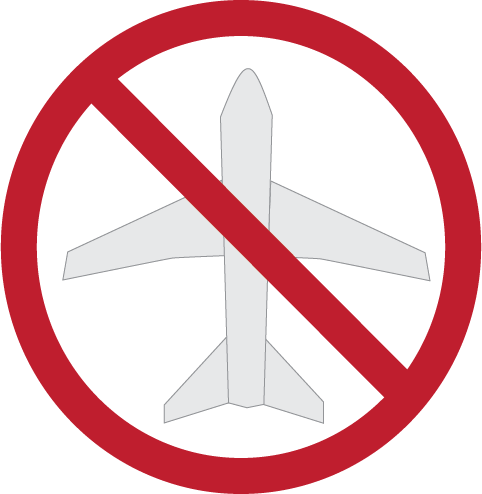 U.S. advises against travel to Haiti amid violent protests

With spring break right around the corner, popular tourist locations can expect a surge in visitors thanks to student and family travel. Haiti, however, is one vacation spot that Americans should mark off their list of destinations, according to U.S. officials.

The U.S. State Department issued a level 4 advisory warning against travel to the region, pulling all non-emergency personnel from Haiti Feb. 14. The notice came on the heels of what was then more than a week of protests calling for President Jovenel Moïse’s resignation amid a collapsing economy and accusations of government corruption.

“Protests, tire burning, and road blockages are frequent and unpredictable,” the report cautions. “Violent crime, such as armed robbery, is common. Travelers are sometimes targeted, followed, and violently attacked and robbed shortly after leaving the Port-au-Prince international airport.”

The statement urges U.S. officials to take caution and, if Americans do decide to travel to the area, warns that they do so at their own risk given the “limited ability to provide emergency services to U.S. citizens in Haiti.”

At least seven people have been killed and dozens injured in clashes between demonstrators and the police that have arisen from February’s protests. Riots began November in response to rumors that the Haitian government had embezzled billions in disaster relief aid from Venezuela-sponsored oil program PetroCaribe following a 2010 earthquake. An investigation by the Haitian Senate led to accusations of misappropriation against former government officials.

November’s protesters quickly turned their attention to Moïse’s administration, leading to the continued violence this February. Protestors have halted transportation throughout the region, demonstrating their anger at government corruption amid rising inflation. Riots have led to fuel and food shortages and forced the widespread closure of businesses, devastating the capital city of Port-au-Prince.

Adding to concerns that the drop in tourism will further harm the Haitian economy are recent statements from airline companies including JetBlue and Air Canada that they are limiting flights to the region. Coupled with the Feb. 28 announcement that Haiti’s national Carnival celebrations, which were a $5.8 billion tourism revenue source in 2017, have been canceled, the anticipated decline in revenue increases uncertainty about how the country will recover.

Apart from a Feb. 14 statement in which Moïse said he “will not leave the country in the hands of armed gangs and drug traffickers,” he has remained isolated throughout much of the protests despite urgings from advisers to engage with the opposition. Moïse mentioned plans to combat corruption and revitalize the economy, saying details would be provided by Haitian Prime Minister Jean-Henry Ceant.

Ceant, following Moïse’s speech, announced Feb. 17 that government officials would lose their perks as part of a 30 percent department budget cut. Ceant said the cuts should eliminate utility allowances and “needless trips abroad,” urging the president’s office to take a similar approach to spending. Ceant also said that he would focus on ending corruption and enter into talks on raising the minimum wage.

Though violence has quieted over the past week, how long peace will last remains uncertain with Moïse still in office.

“It seems most people are waiting to see what the government does before there may be another round of protests and possibly violence,” CNN correspondent Miguel Marquez told NPR, describing the lingering anger against Moïse’s administration.

Even if a resolution is reached within the Haitian government that satisfies the opposition, there is no word on when travel restrictions would be lifted, meaning that spring breakers will need to look elsewhere if it is a Caribbean vacation they seek.