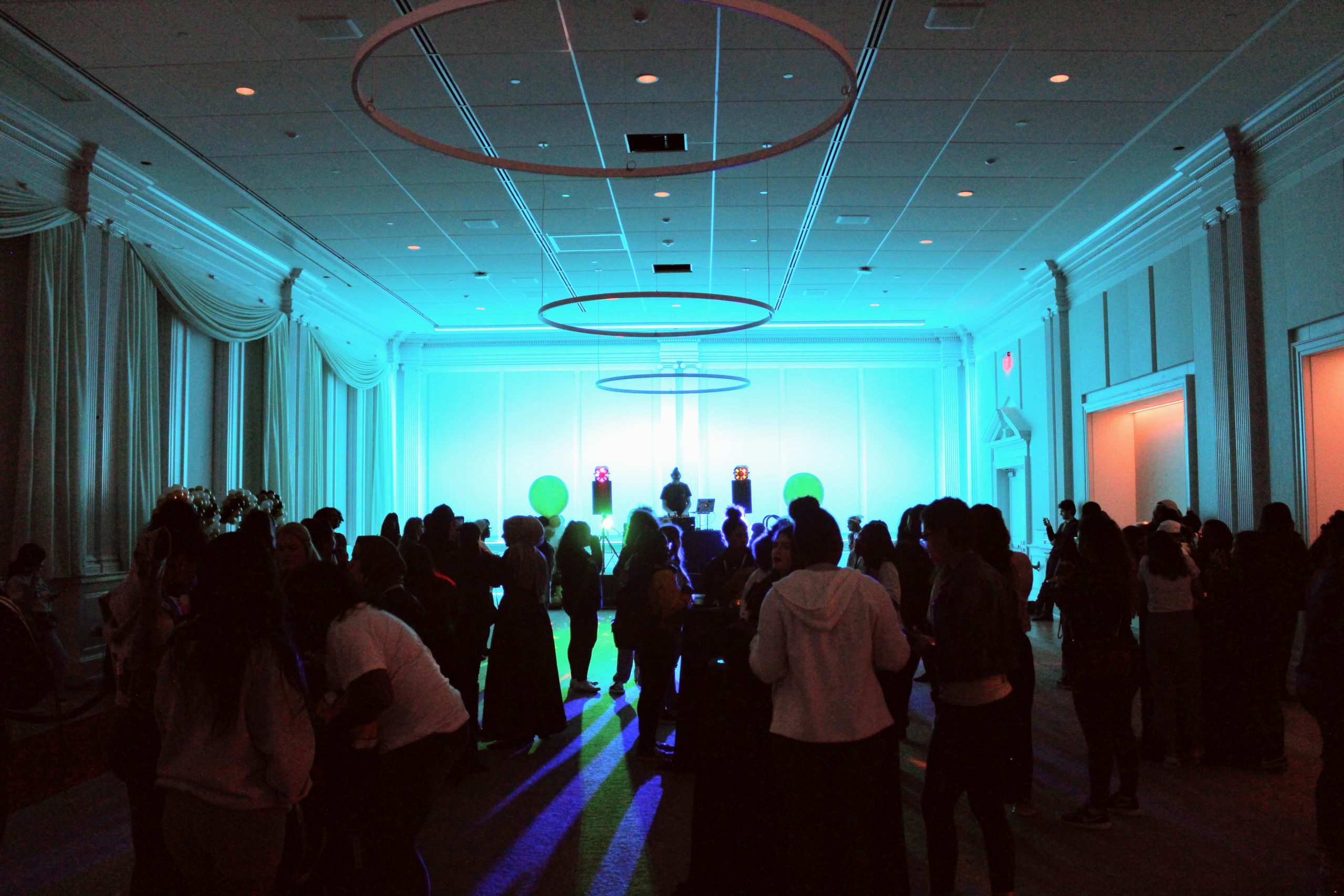 Multi-colored strobe lights illuminate the ballroom. Students rush to the dance floor as the first beats of Cupid’s “Cupid Shuffle” boom from the DJ’s speakers. Amidst the loud instrumentals and complimentary Hershey’s Kisses, students salute to new beginnings for both the spring semester and start of the decade.

There, students spent most of their time dancing with friends and classmates. DJ White Boy Boogie played tunes by a variety of artists such as Lizzo, DaBaby, Doja Cat and Megan Thee Stallion, ensuing multiple long-standing dance circles encouraged by attendees.

The event allowed guests like graduate dance student Miranda Zapata to think about their New Year’s goals and things they are looking forward to in the upcoming months.

“As a grad student, I’m doing a lot of work right now, so I’m looking forward to keep learning and being open to new challenges,” Zapata said.

She said that the event served as a fun and encouraging way to jump back into the semester’s studies.

Third-year dance major Fabiola Sanchez also said that she has ambitions of her own as new beginnings trickle in and she nears her last year at TWU.

“I’m most excited about starting the year off strong,” Sanchez said. “I feel like we do go in some weird direction from time to time, but we have to make the best of it.”

Through, ensuring the best for the event wasn’t the easiest task, according to third-year nursing major Alexa Larzeia. Larzeia, who had helped organize the event, said that preparations for the Roaring 20s took several weeks. She said that the planning included contacting businesses in the metroplex to help get things for the venue such as the photo booth, the DJ and the refreshments.

“[I think] The 360 photobooth is pretty cool. It all turned out really cute and has a nice vibe to it,” Larzeia said.

Larzeia also said that, through the event, she hoped to bring students together and create a positive mood for the upcoming academic months.

“Students love free food and good music, and when you have both of those, you honestly can’t go wrong.”

Those who attended the Roaring 20s event said that they enjoyed and appreciated the efforts made to boost their experience and outlook for the many months to come of the new era.