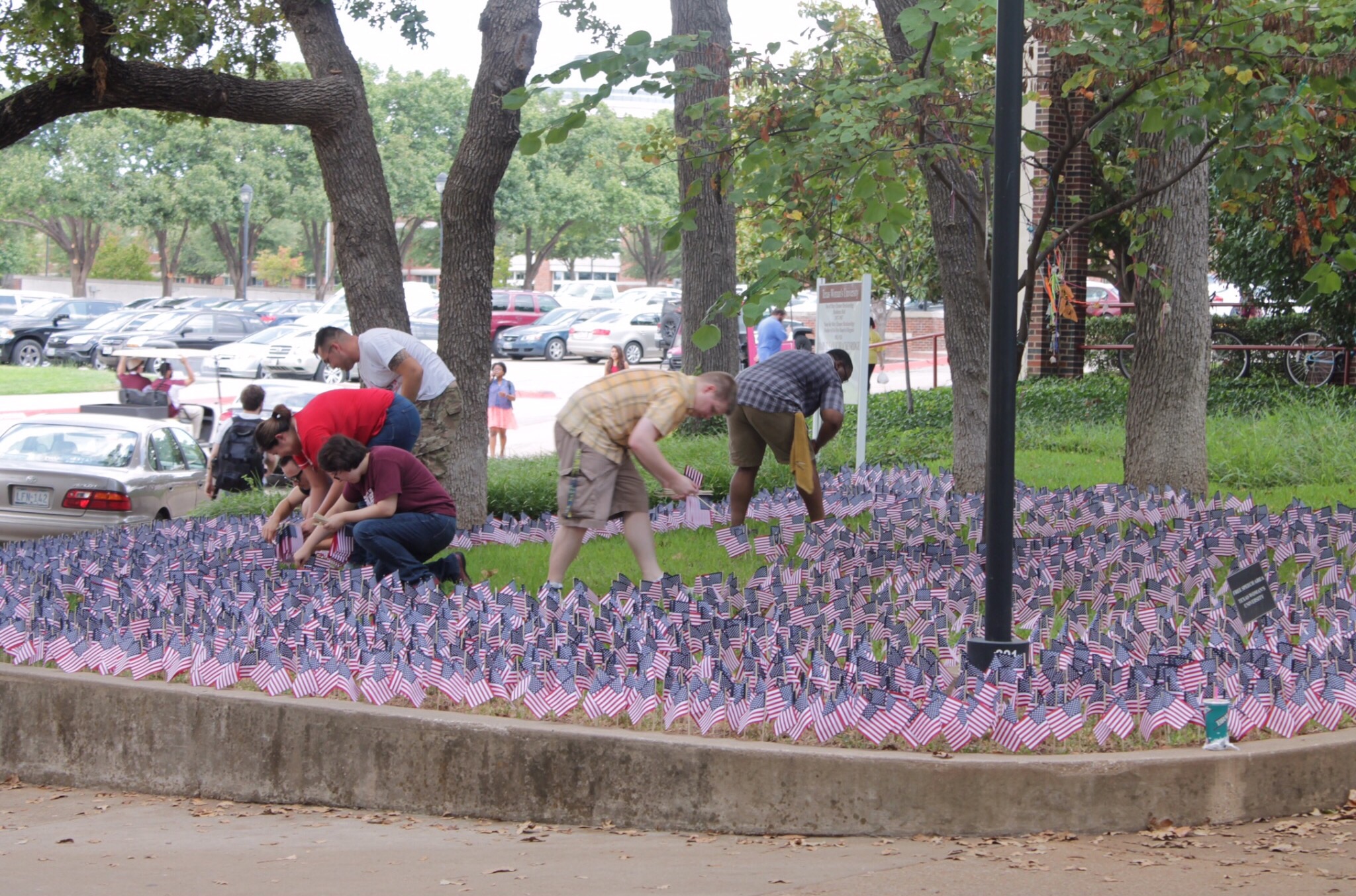 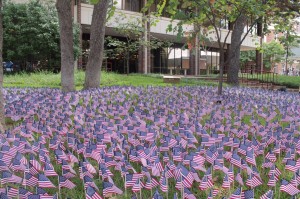 9/10/15 – With the fourteenth anniversary of the attack on the World Trade Center in New York City, The Pentagon in Washington, D.C., and the plane crash in Pennsylvania, TWU Student Veteran’s Association members placed over 2,977 flags in the free speech area by the Student Union to represent the lives lost on September 11, 2001. Veterans working on the installation of the flag memorial were led by Assistant Director of Veterans & Non-Traditional Student Services, Brittanie Romime and TWU Student Veterans Association President, Christopher Craig. Members of the TWU Student Veterans Association installing the flags include Brandon Wilson, Sean Sala, Iliana Smiley, Richard Essig and Juan Rodriguez. According to Romime: “The members of the SVA chapter were very proud to be able to honor those 2,977 people that passed away during the attack.”