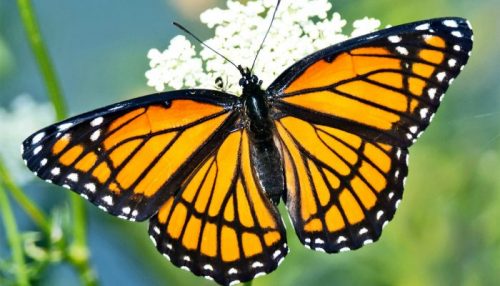 Texas Woman’s University herbarium director and biology professor, Dr. Camelia Maier, has recently been awarded for her work with the TWU butterfly gardens and her procurement of a grant for the garden totaling nearly $75,000 as well as her volunteer service in Denton.

Maier is an advisor of TWU’s approved native butterfly, or pollinator, garden on the Denton campus. The garden attracts and sustains monarchs as well as many other butterflies, birds and bees. This garden is a part of a two-part project, being led by Maier.

Another pertinent achievement of Maier’s is her involvement in obtaining an EPA grant of $75,000 for TWU. This grant goes to eight universities for projects to solve environmental and public health challenges.

Maier was first nominated last fall by the Captain Nathaniel Mills Chapter which was established in 1962 and is located in Hurst. Maier got the attention of chapter members Donna Moore and Anne Marie Thompson who had visited TWU’s Dr. Bettye Myers Butterfly Garden. Maier serves as chair of the garden’s advisory committee and discussed her goals of the project with Moore and Thompson. After their visit and their review of Maier’s other environmental projects, Moore and Thompson nominated Maier for the award.

Following the nomination, a panel of non-National Society Daughters of the American Revolution (NSDAR) affiliated judges reviewed all the nominations that were submitted by various chapters in Texas. Ultimately, the panel selected Maier in December.

On April 15, Maier received the NSDAR Conservation Medal which she was awarded at the 120th Annual State Conference of the Texas Society Daughters of the American Revolution. In the previous month, Maier also was honored with a certificate from Texas State Regent Susan Tillman at an awards dinner in Houston.

At this awards dinner, there were roughly 1,000 NSDAR members and guests that attended. There were also some TWU representatives present at the dinner, Diana Elrod, Ph.D., director of the Center for Student Research, and Paramita Basu, biology doctoral candidate and instructor.

NSDAR was first founded in 1890 as a service organization for women and in modern day has nearly 3,000 chapters around the world with over 185,000 members. The three main pillars of the foundation are education, patriotism and history preservation. In 1909, the foundation formed the NSDAR Conservation Committee, which is the committee that awarded Maier with a conservation medal. The goal of the committee is to encourage and recognize individuals in society who have an exceptional volunteer conservation record.

For more information on the NSDAR Conservation Committee and their work, please visit the Daughters of the American Revolution website.